“All this noise can be distracting for traders, but the medium-term corrective trends on equities and longer-term bear move on the dollar continue. Market fears over a trade war are still present, and whilst this is the case, there will be a negative bias in markets,” Perry said in a note.

“While the integration of Baxalta is clearly giving Shire’s prospects a shot in the arm, ingrained concerns around generic competition and the net debt figure remain,” said Richard Hunter, head of markets at Interactive Investor, in a note.

“Nonetheless, there are a number of elements to the numbers which should provide some solace. Shire has 15 programs in late-stage development, product sales are strong – whether including the Baxalta contribution or not – and there are multiple near-term launches planned,” said Hunter.

Unilever PLC /zigman2/quotes/205449809/delayed UK:ULVR -0.73%  leapt 4.7% after UBS upgraded the consumer products heavyweight to buy from neutral and said a roughly 17% drop in its shares since October “creates a compelling entry point,” for investors.

Burberry /zigman2/quotes/205386705/delayed UK:BRBY -0.44%   gained 1.7% after the luxury goods maker’s rating was raised to buy from neutral at Goldman Sachs, which said Burberry is well positioned to benefit from a newly emerging “E-Concessions” distribution channel that’s focused on third-party online marketplaces and multibrand platforms.

Associated British Foods PLC /zigman2/quotes/204493701/delayed UK:ABF +0.24%  , whose operations include fast-fashion retailer Primark, ended 3.3% higher. Morgan Stanley lifted its rating to equal weight from overweight in the wake of a selloff in ABF shares in recent months.

BT Group PLC /zigman2/quotes/209006687/delayed UK:BT.A -0.36%  ended up 1.6%. The shares were lower earlier after Ofcom, the U.K.’s telecommunications regulator, confirmed new rules aimed at boosting investment in full-fiber broadband networks. But it set a higher cap than previously outlined on the amount that BT charges to rivals to use its fast broadband service.

British retail sales dropped in March, as snowy weather and brutally cold temperatures resulted in the first drop in sales since October, the Confederation of British Industry said Wednesday. The CBI’s retail sales balance came in at minus 8 in the year to March, as 40% of retailers surveyed said sales volumes fell while 32% said they rose.

“With many forced to work from home, telecoms firms saw record internet traffic, yet on-line shopping slowed sharply given the potential for disrupted deliveries,” said Ben Jones, CBI’s principal economist, in a statement. 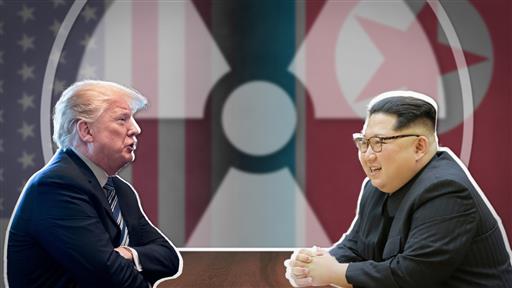 What Could Go Wrong at a Trump-Kim Summit?

A meeting between President Donald Trump and North Korean dictator Kim Jong Un could be a diplomatic breakthrough, but both men are nothing if not unpredictable.

Get news alerts on British Pound — or create your own.
prev
1 2
next