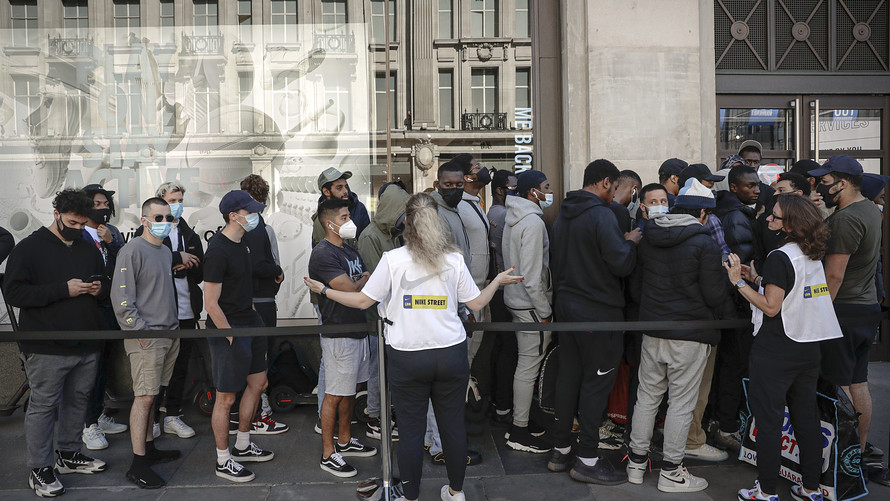 Associated Press
Nike employees speak to people queuing outside the Niketown shop, attempting to get them to maintain social distancing, in London, England, on June 15, 2020. After three months of being closed under coronavirus restrictions, shops selling fashion, toys and other nonessential goods are being allowed to reopen across England for the first time since the country went into lockdown in March.

U.K. stocks dropped sharply on Monday, as concerns about coronavirus cases picking up again offset the crowds that greeted retailers that reopened for business.

The FTSE 100 /zigman2/quotes/210598409/delayed UK:UKX +1.35%  traded 1% lower, joining other European markets in the red. Signs that new cases are mounting in several key U.S. states, as well as a new outbreak in China, weighed on markets.

The losses came on the first day that England allowed so-called nonessential retailers to open.

Oil major BP /zigman2/quotes/202286639/delayed UK:BP +1.63%  dropped 4%, as it said it was taking up to $17.5 billion in charges as it lowers its assumptions for the fossil fuels it sells. The oil giant said its new assumptions are “broadly” in line with Paris carbon emission goals, as the company said it seeks to be net-zero on emissions by 2050.