Game on: Esports has filled the void of empty stadiums and arenas 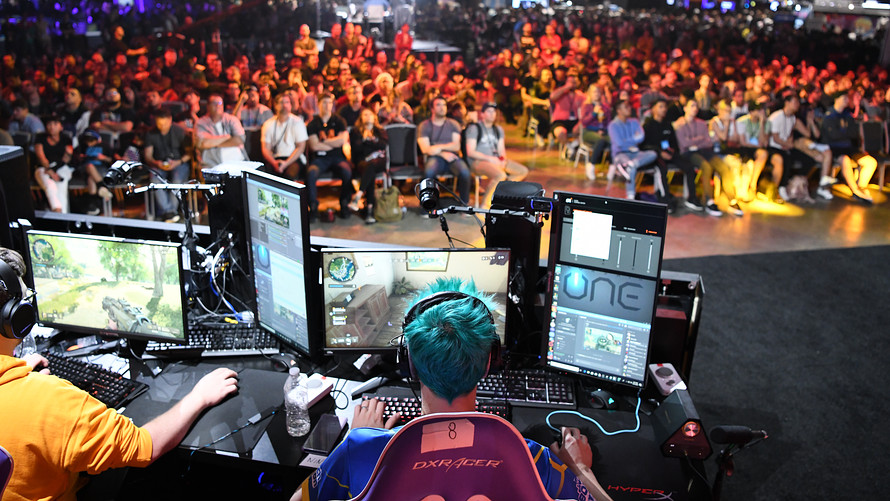 A sports-free landscape has forced many fans to watch and re-watch highlights from classic Super Bowls and World Series on cable sports channels. It’s prompted some to revisit board games like Strat-O-Matic to simulate unplayed games. And it’s prompted others to look for an alternative.

After several years of unfulfilled promise, esports may finally have its moment.

In the past two months, it has filled the void and then some. Viewership on Twitch, the go-to site for game streamers, has escalated from 1.18 million average concurrent viewers in December to 1.41 million in February and 1.64 million in March, according to TwitchTracker . The total is expected to top 2 million in April.

Steam, a videogame digital-distribution service from Valve Corp., reached an all-time player peak of more than 20 million over the March 13-14, the latest dates for which data is available.

“When there’s a major esport tournament every few months, there is interest in that game,” Brad Tenenholtz, CEO of Corporate Esports Association, which has organized a league of 180 companies including General Motors Co. (NYS:GM)  and Target Corp. (NYS:TGT)  whose 4,000 employees compete for charities. “We’re seeing that level of interest every week. Every day you think is the spike, and it keeps growing.”

The keen level of interest is underscored by rescheduled matches: Pre-coronavirus, it was 40% to 60% a week. Last week, it was 6%.

If that doesn’t make you drop your mouse or joystick, then chew on this: Verizon Communications Inc. (NYS:VZ)  reported a 75% surge on its gaming network the week of March 10-17. Google’s YouTube Gaming saw a 15% gain. And Amazon’s Twitch, which operates a live-streaming video platform popular with gamers, has seen traffic increase 10% in the past few days, says Doron Nir, CEO of StreamElements, a provider of tools and services to the industry. (Amazon paid $970 million for Twitch Interactive in August 2014.)

“We’ve streamed about 10 million hours this month so far on GeForce [Now, the brand used by Nvidia for its cloud-gaming service],” Jeff Fisher, senior vice president of gaming at Nvidia, said in a March 24 investor meeting call. “Now we’ve added 1.5 million users since we launched officially the service out of beta in February. And you’re right, we see GeForce now as really incremental adding to our TAM [total addressable market].”

Esports “is benefiting from a large fan base’s ability to play the same game, in an immersive environment,” Ari Segal, CEO of Immortals Gaming Club, which owns the Los Angeles Valiant, a member of the Overwatch League, told MarketWatch in a phone interview. “This isn’t like passively watching football on TV.”

“It’s just another slice of your entertainment activity” for the younger demographic and cord-cutters, Ann Hand, co-founder and CEO of Super League Gaming Inc. (NAS:SLGG)  , told MarketWatch over the phone. Her organization for amateur gamers, played by hundreds of thousands of people, calls itself the “Little League and minor leagues” for the market.