When it comes to the animal kingdom, an "alpha" dog beats a "beta" pooch any day of the week.

The same applies in the world of investing. In the language of finance, "alpha" is a risk-adjusted measure of performance. Specifically, it's the excess return relative to a benchmark index, or the amount by which a portfolio outperforms its underlying index, adjusted for volatility. Put simply, alpha is the added value of a stock picker or asset allocator compared with the returns of, say, a buy-and-hold investor.

"Alpha" is also what sophisticated hedge funds promise their investors.

Even if you do pony up the big bucks to invest in a hedge fund as an "accredited investor," investing in hedge funds costs an arm and a leg. A hedge-fund manager's traditional "2/20" fee structure is a 2% management fee and 20% of any profits.

With this type of a drag on performance, it's almost impossible for any hedge fund manager to beat the market without taking extraordinary and concentrated risks.

Thanks to a handful of relatively new ETFs, you no longer have to be an accredited investor to invest like a hedge fund. Replicating some major, stock-only hedge-fund strategies is as simple as a owning a couple of easy-to-buy hedge-fund-replicator ETFs. Each of these ETFs is designed to mirror the holdings of some of the world's best-performing hedge funds. In fact, in 2014, I used two of these funds to replace the hedge-fund allocations in the Ivy Plus Investment Program offered by my firm Global Guru Capital.

The first fund, the Global X Guru Index ETF (PSE:GURU)  invests in the top hedge-fund managers' favorite stocks. Specifically, GURU uses a proprietary approach to invest in the highest-conviction investment picks from a choice pool of hedge funds based on their 13F disclosure information.

All hedge funds with more than $100 million in U.S. equity investments are required by law to disclose their holdings to the SEC in document called the 13F each and every quarter.

GURU's strategy is to invest in the same holdings the hedge fund managers do, but in the form of an ETF that is transparent, cost effective, and accessible at the click of a mouse. Critics point out that such disclosures are by definition dated, and only offer a peek into the rear view mirror.

So far, though, the rear view mirror has offered decent view.

Since it began trading in June 2012, GURU has delivered gains of 69.1%. Over the same time period, the S&P 500 has delivered a solid, yet comparably weak 56.5%. But if you'd invested in the GURU strategy through a hedge fund, and paid 2% management fees, and 20% of gains each year, there's no way you'd have outperformed the S&P 500. That makes GURU's fees of 0.75% per year a relative bargain.

GURU's performance stands in sharp contrast to the other hedge-fund replicator ETF I use, the AlphaClone Alternative Alpha ETF (BATS:ALFA) . ALFA tracks the performance of U.S.-traded equity securities to which hedge funds and institutional investors have disclosed significant exposure. And like GURU, the fund uses the 13F disclosures to choose its stocks.

Unlike GURU, ALFA has the ability to bet against certain stocks — or go short — during extended market corrections. That said, it is probably unlikely to have done so over its short lifetime, given the overall bullish trend of the U.S. stock market. 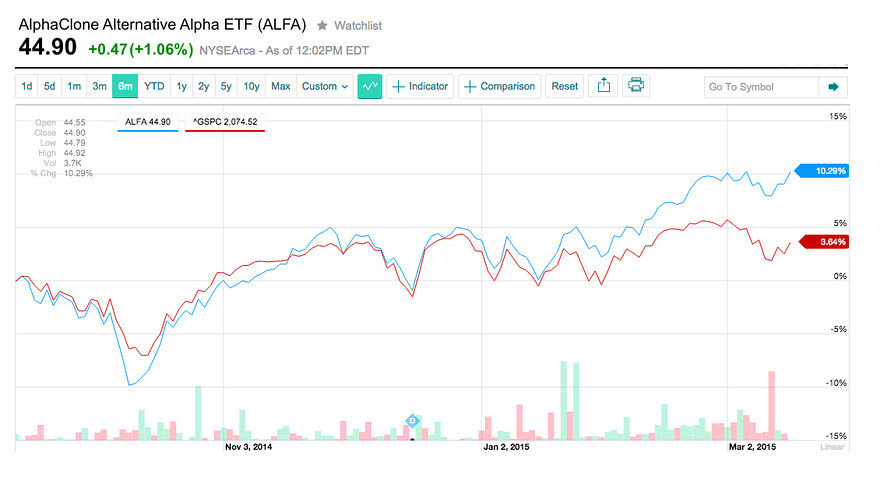 So what's the secret of ALFA's success?

A quick look at the top three holdings in ALFA reveals why this fund is outperforming the S&P 500 over the past six months.

Apple's shares are up 22.42% in the past six months. And owning this stalwart personal technology giant has been one of the premier investments of choice for both hedge funds and individual investors alike. 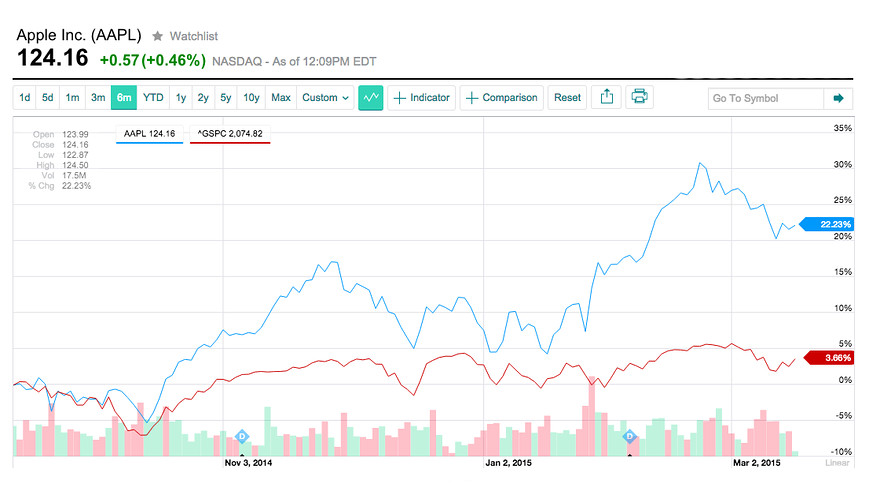 Biotech star Biogen Idec (NAS:BIIB)  is riding the huge bullish wave in the biotech sector and has been doing so for some time. Through the past six months, this maker of therapies for the treatment of neurodegenerative diseases, hemophilia and autoimmune disorders has seen its share price vault 26.05%. BIIB shares are the second-largest holding in ALFA at 3.21%.

So here, again, you see ALFA betting on a winning horse. 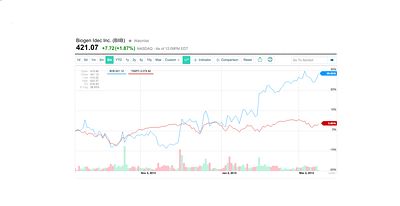 Sadly, ALFA doesn't get them all right.

The ETF's third-largest holding, at 3.11%, is Chinese Internet service provider Baidu. That stock has struggled over the past six months and is down 6.68% on fears of a slowdown in the Chinese economy.

Despite its recent struggles, it's hard to fault the selection of BIDU in a hedge fund replicator ETF.

After all, BIDU has delivered an incredible 257% gain over the past five years and is a bellwether stock for a play on the massive growth of the Chinese Internet technology segment. 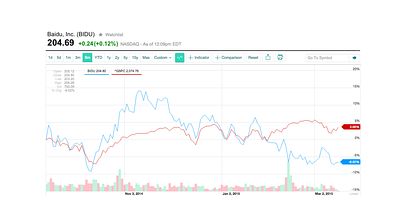 And a big part of that edge compared to hedge funds is their much lower fee structure.