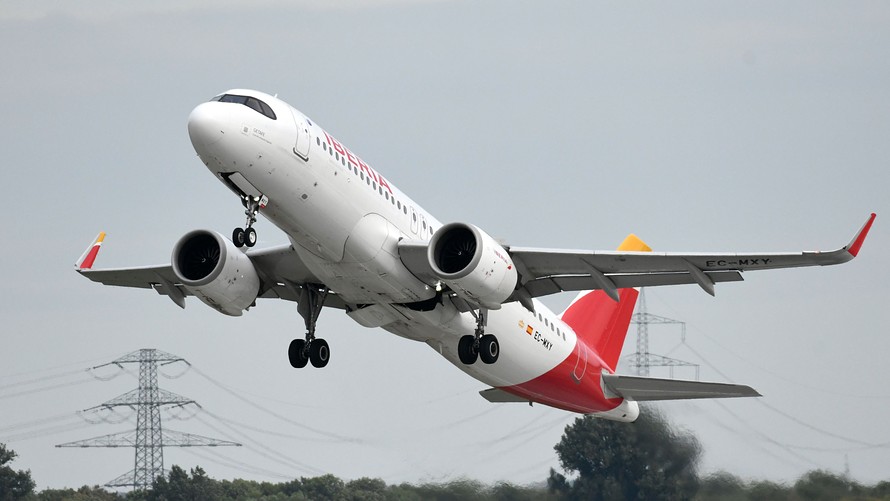 Getty Images
An Airbus A 320 of the Iberia airline during take-off in Düsseldorf, Germany

The rally in European stocks continued on Monday, with equities finishing at their best level in more than four years.

Nikol Hearn, macro strategist at TS Lombard, said what is notable about the current rally is that it is driven by multiple expansion, as earnings estimates have declined. Hearn said the spread between dividend yields and bond yields /zigman2/quotes/211347112/realtime BX:TMBMKDE-10Y 0.00%   became too stretched, which is why German stocks in particular have rallied.

“We therefore can attribute the better European equity market performance to easier financial conditions driving up multiples and driving down bond yields, to the point that the equity markets were too attractive to not allocate capital to. But we can’t ignore that the earnings factor is still deeply in contractionary territory, particularly for Germany,” Hearn said.

Data released Monday by IHS Markit showed that the German manufacturing purchasing managers’ index rose slightly to 42.1, up very slightly from the decade-worst 41.7 in September.

“Equities have held up better than the downturn in manufacturing would suggest in part because of monetary support and in part because the economy outside of manufacturing has been more resilient,” said strategists at Goldman Sachs. The brokerage does not expect a big rally in stocks if there’s a turnaround in the data, because stocks are doing well anyway.

International Consolidated Airlines Group /zigman2/quotes/208070069/delayed UK:IAG -4.82% climbed 1% as the owner of Iberia reached a pact to buy Air Europa for €1 billion in cash from Globalia in a deal aimed at bolstering its position in Madrid. “This is a strategically sensible deal that will strengthen IAG’s position in Latin America and looks to be priced competitively,” said strategists at research house Bernstein.