Central banks haven’t shifted direction this abruptly in a decade 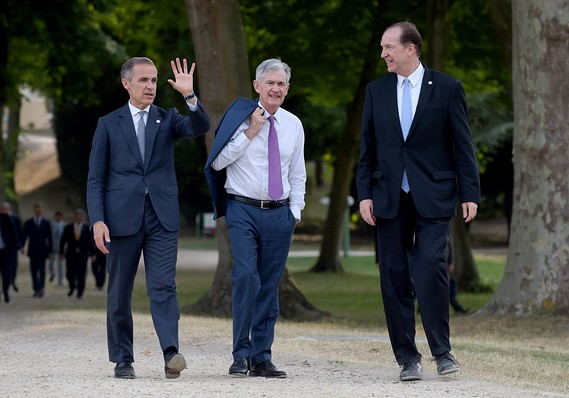 The shift in central bank monetary policy direction during the last six months hasn’t been this dramatic in a decade.

Fitch Ratings, examining the direction but not magnitude of central bank shifts, found that more than a third of them have loosened monetary policy in the past six months.

Those central banks range from the U.S. to Turkey, with only Norway and the Czech Republic going in a different direction by raising interest rates, Fitch found. 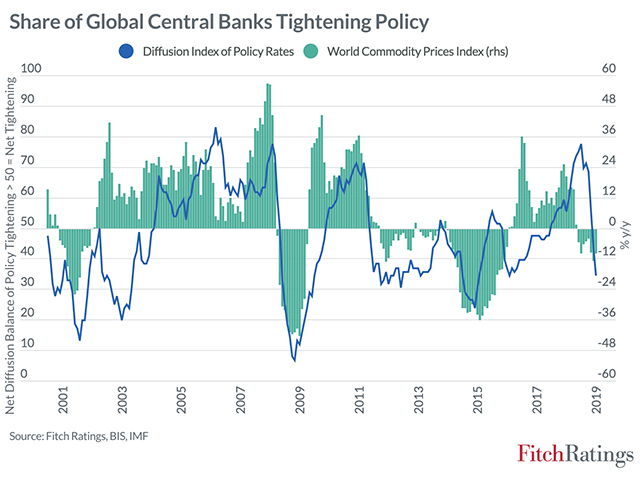 In December, 52% of the 38 central banks it examined were in a monetary policy tightening phase and only 3% were easing, Fitch said.

“Deterioration in global growth prospects, rising uncertainty about the future direction and impact of trade policy and a slump in global manufacturing and trade have all contributed to this very widespread shift in central bank policy direction,” the Fitch report said.

One difference between financial crisis of 2009 and now is that the shift to looser monetary policy has not been accompanied by any collapse in commodity prices. Another is that the deterioration in the global economy hasn’t been anywhere near as severe, the Fitch report said.

“This apparent disconnect could be consistent with a profound global impact from the Fed’s steps to normalize policy through 2017 and 2018, steps which were then reversed following the Fed’s ‘pivot’ back towards easing in early 2019,” the report said. “The European Central Bank’s recent signals that they will also shortly be resuming easing - after announcing an end to asset purchases last December - could also have had a strong impact on global policy settings.”

Also read: Why this is the go-to asset when ‘monetary policy lunacy’ starts hitting markets