Global GDP will suffer at least a 3% hit by 2050 from unchecked climate change, say economists 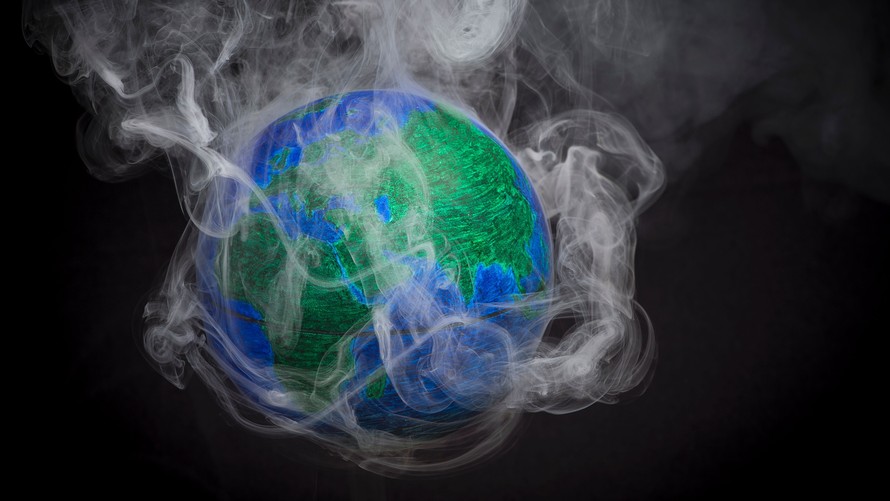 Getty Images
2°C of warming expected by 2050 in a high-emissions scenario might shave between 2.5%-7.5% from global GDP, with the worst affected countries being in Africa and Asia: Oxford Economics

The global economy will be at least 3% smaller by 2050 owed solely to the effects of unchecked climate change, including severe weather and rising sea levels.

That’s a figure laid out in a framework from data experts at The Economist Intelligence Unit released Wednesday. Its findings track with select other climate-linked economic warnings sounded recently, including in the long view from central bankers.

Africa is the least resilient region to the impact of climate change and its economy will likely contract by at least 4.7% by 2050 based on environmental factors alone, while not taking into account other cyclical economic tendencies. Next comes Latin America (with an expected 3.8% hit), the Middle East (3.7%), Eastern Europe (3%) and Asia-Pacific (2.6%).

More-resilient North America’s economy is pegged to be 1.1% smaller because of climate change by 2050, while Western Europe should prepare for a climate-related contraction of 1.7%. Both regions are wealthier and more prepared to tackle climate change from an institutional standpoint than other parts of the globe, EIU said.

“The impacts of climate change are already being felt — we are already seeing the effects of more extreme weather events — but the economic impacts will only grow over time,” said John Ferguson, the group’s country analysis director. “It’s important to remember that a 3% loss of real GDP in 2050 is highly significant for the global economy, and that there will be economic losses in every year of the coming three decades.”

The EIU also admitted there’s uncertainty in forecasting the impacts of climate change. For example, the researchers have assumed that countries will make a modest effort to meet their goals as stated in their own contributions to the Paris Climate Agreement. However, the progress in this space and the implementation of these policies could easily disappoint, the EIU said. In fact, the economic impacts could be much worse than those highlighted in the model. President Donald Trump has started the process to pull the U.S. out of the Paris pact, mainly citing what he argues is noncompliance from China and other big emitters.

Oxford Economics offers a more alarming estimate, though one stretched over a longer time frame.

In the absence of efforts to curb greenhouse gas emissions, the Earth is currently on course to warm by around 4°C by 2100, these researchers emphasized. If so, this could strip 30% off the level of global GDP by that date, based on the top end of an estimate range.

More immediately, according to the Oxford Economics study, 2°C of warming expected by 2050 in a high-emissions scenario might shave between 2.5%-7.5% from global GDP, with the worst affected countries being in Africa and Asia.

“So, while over a 10-year horizon the costs seem unlikely to be significant enough to affect our forecasts, the window of indiscernibility looks to be closing rapidly,” the researchers said in a white paper available to its clients .

Many of the world’s top central banks want to move the global financial system away from a reliance on industries — including fossil-fuel giants Exxon /zigman2/quotes/204455864/composite XOM +0.44%   and Chevron /zigman2/quotes/205871374/composite CVX +0.59%   — that scientists largely have cited as posing increased risk for contributing to extreme changes in weather, large fires, rising sea levels and flooding.

The U.S. Fed has been the laggard among is central-bank peers in this regard. However, a rapidly changing climate may present just the kind of “shock” to the economic system that she and colleagues believe can no longer be ignored, Fed Gov. Lael Brainard said in prepared remarks to a recent first-of-its-kind Fed summit.

“There has been an increased willingness to engage on climate-change issues,” New York Fed President John Williams said in remarks earlier this month. “As the Fed, we are careful not to tell Congress what to do, but we can inform the debate.”

Bank of England Gov. Mark Carney said in an October speech in Tokyo that central banks will have to consider the physical risks of climate change when weighing monetary policy. That ranges from the impact on mortgages from flooding to severe weather’s toll on the pricing of government bonds.

Related: How climate change is ‘creating a dilemma’ for the world’s central bankers