Companies that receive 50% of revenues from abroad saw earnings grow by 7.5% in the second-quarter 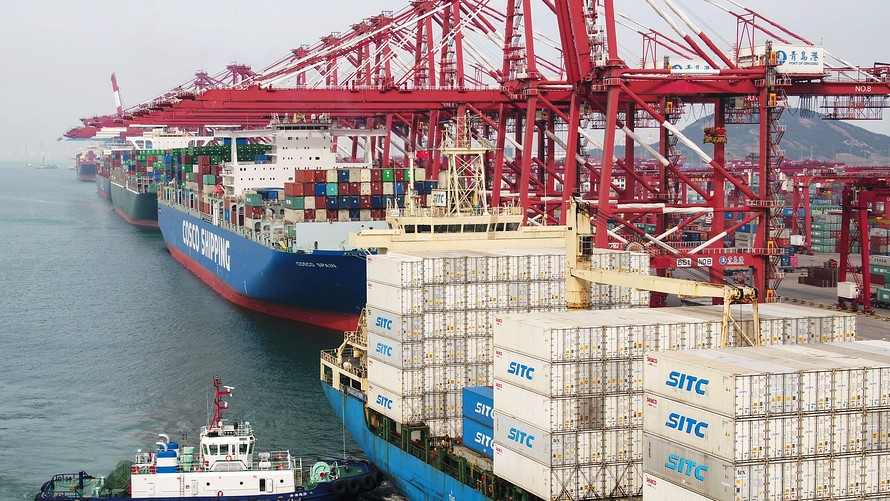 Investors might want to rethink the growing assessment that second-quarter earnings have been a miss.

Global business uncertainty, from a continued U.S.-China trade war perspective, was expected to batter the profits of large U.S. multinational companies, with forecasts calling for S&P 500 index constituents /zigman2/quotes/210599714/realtime SPX +0.06%  to post an overall decline in earnings for a second quarter in a row.

But Hans Mikkelsen, head of U.S. investment-grade credit strategy at Bank of America Merrill Lynch, says this earnings season is shaping up to look less dire than initially anticipated for highly rated corporate debt issuers. Globally-oriented companies, in particular, have been reporting strong earnings growth, he said, suggesting the anticipated damage from trade tensions may be exaggerated when the dusts finally settles on earnings.

In a Tuesday note, Mikkelsen pointed to the pains of Boeing /zigman2/quotes/208579720/composite BA -1.27% , the single-largest exporter in the U.S., as the main reason for a bleaker picture being painted for multinationals than reality.

Boeing reported an adjusted loss of $5.82 per share for the April to June period. Shares of the company are still up 7% year-to-date, but that pales to the 20% gains seen in the S&P 500 index.

Check out : How Boeing could ultimately be responsible for killing the bull market

“Away from the large Boeing charge, the positive earnings surprises were concentrated among the more globally-oriented issuers,” Mikkelsen wrote.

More than 50% of U.S. investment-grade rated issuers have released their second-quarter results so far. There is broad overlap between the constituents of broad-market indexes, like the S&P 500, and the U.S. investment-grade sector, because larger blue-chip companies usually are considered an unlikely default risk, and thus borrow at lower interest rates.

But this earnings season has produced some surprises. Highly rated issuers with less than a quarter of their revenues coming from overseas sales saw only 1.8% growth in yearly earnings during the second-quarter.

Yet for companies with more than 50% of their sales coming from abroad, earnings rose 7.5% year-over-year in the second-quarter, once Boeing was excluded.

When including the embattled aircraft maker, the same group of global companies saw a 1% decline in earnings over the same period. 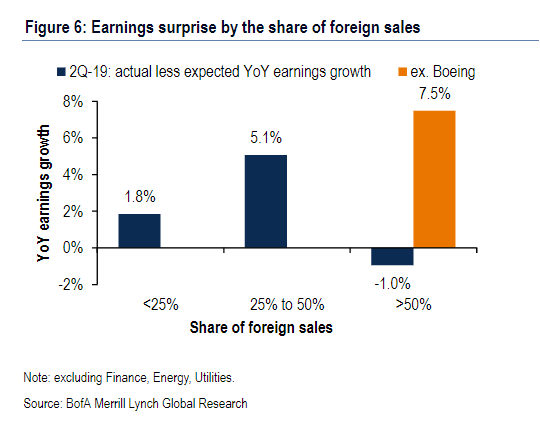 The singular ability of Boeing to sway the broader outlook for American corporations reflects how the world-wide grounding of the 737 Max since March underscores the company’s dramatic hold on the U.S. economy. Regulatory scrutiny and investigations into the aircraft maker have weighed on the company’s profits and outlook.

To be sure, Mikkelsen says its early days of this earnings season. He still expects U.S. companies with international exposure to be punished more harshly than their more domestic-minded peers once all companies have reported.