Gold at best in nearly 7 months on Fed bond plan

SAN FRANCISCO (MarketWatch) — Gold futures on Thursday ended at their highest level in nearly seven months after U.S. Federal Reserve officials detailed another round of large-scale bond purchases to boost the U.S. economy. 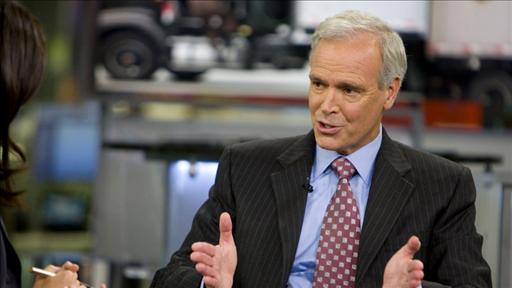 The loudest political campaigns today belong to Barack Obama and Mitt Romney. But another campaign is being built quietly, this one to push a post-election deficit-reduction deal.

The metal had changed hands around $1,728 an ounce moments before the Fed announcement.

Thursday’s settlement was gold’s highest since late February, and the largest one-day percentage increase since late June. Gains for the week approached 4%, while the metal has gained 5% for the month.

Fed officials detailed a plan to buy $40 billion of agency mortgage-backed securities each month, starting Friday. The Fed kept in place Operation Twist, under which it sells short-dated debt and reinvests the proceeds in longer-term securities.

Fed officials also extended its pledge to keep interest rates exceptionally low from late 2014 to “at least through mid-2015,” according to the statement.

Trading was quiet ahead of the Fed, with some worries that if investors quantitative-easing hopes were foiled gold could lose $20 to $30 per ounce. Much of the hopes were seen as priced in. 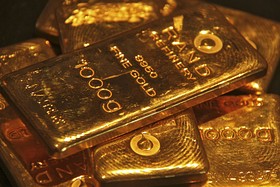 Reuters
Gold is viewed as a potential beneficiary of a third round of Fed quantitative easing.

Gold benefits from quantitative easing measures as it is viewed as a safe store of value. The metal also benefits from fears of currency debasement when liquidity is added to markets.

Silver and copper futures also saw a boost from the Fed bond-purchase plan, with prices turning higher after the news. Platinum and sister metal palladium added to gains.

Higher prices for platinum and palladium have been supported by fears of more labor strife in South Africa, the top producer of the two precious metals.

Platinum rallied nearly 3% in the previous session, boosted by the supply concerns. Miners have called for a general strike to start Sunday in the city of Rustenburg, the heart of the platinum mining industry.

Anglo American Platinum Ltd. /zigman2/quotes/204578911/delayed ZA:AMS -4.31% , platinum’s top producer, suspended operations Wednesday in its Rustenburg mines. Last month, more than 30 people were killed in a confrontation between police and rival union members at a mine owned by Lonmin PLC .

Claudia Assis is a San Francisco-based reporter for MarketWatch. William L. Watts is MarketWatch's European bureau chief, based in Frankfurt. Virginia Harrison in Sydney contributed to this story.