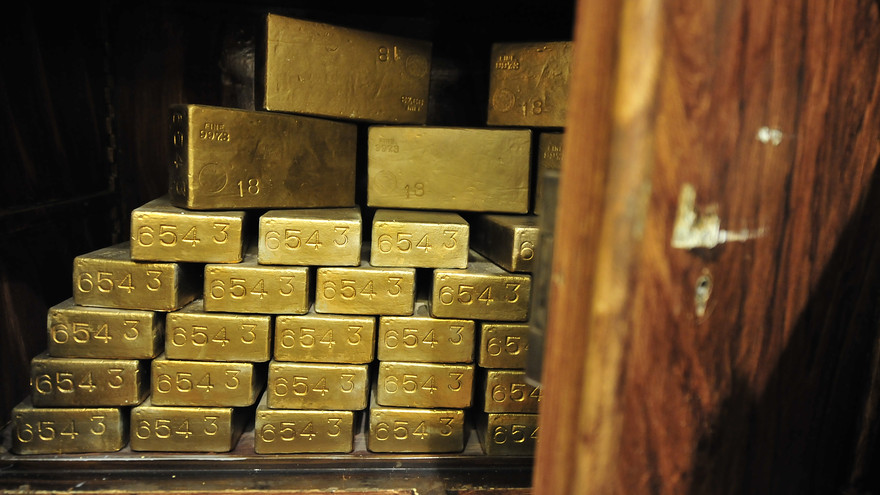 The gold contract climbed about 2.6%, posting its first weekly gain since Oct. 16.

The U.S. jobs report was largely in line with expectations and therefore already priced into the market,” said Tyler Richey, co-editor of The 7:00’s Report. So, “the shock of the underwhelming” European Central Bank announcement Thursday, and the subsequent price action in the currency markets, is the primary driver of the market right now.”

U.S. companies and government agencies added 211,000 jobs last month, topping forecasts for a nonfarm payrolls rise of 200,000. The ECB on Thursday unveiled additional economic stimulus measures , but they were less intensive than the market expected.

“Part of the reason for the gold rally is the inability of [the ECB President] Mario Draghi’s continued stimulus plan to curb the drop in [European] equity prices,” said Adam Koos, president of Libertas Wealth Management.

“Correlation between the precious metals and the dollar has been rising recently as investors have been prepping for the first [Federal Reserve interest] rate hike in 10 years,” said Richey.

But “much like the long dollar and short euro trades have been, the short gold trade has been a crowded one recently, so heavy short covering” amplified the move higher for gold Friday, he said.

The greenback rallied on the back of the jobs data Friday but that didn’t have much of an impact on gold. The data all but guaranteed that the Fed will raise interest rates later this month.

For gold, $1,090 an ounce is a key level to watch, said Richey. Closing above that level would break the “’hawkish downtrend’ that began back in October following the FOMC announcement, and that would leave the technical outlook for gold more neutral, while remaining below would leave the path of least resistance lower for the near term.”