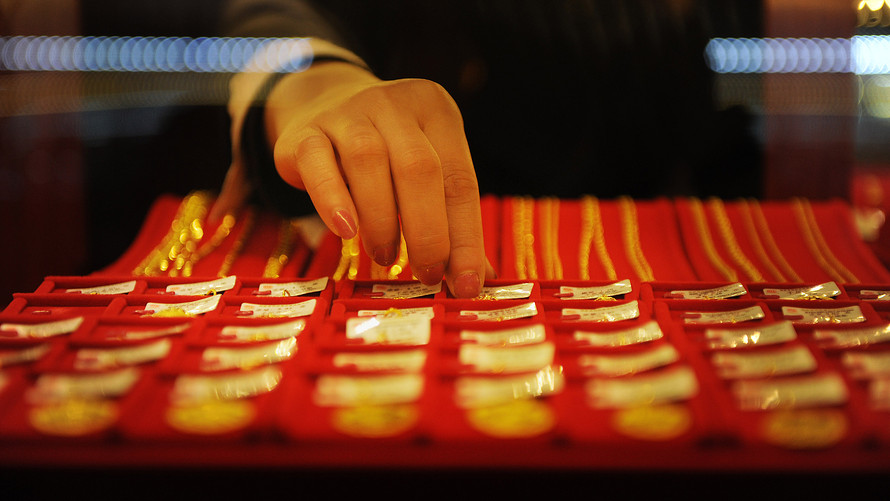 Gold futures climbed Tuesday to settle at a nearly nine-year high and silver rallied to prices not seen since 2014, with the precious metals lifted by an agreement on a fiscal rescue plan by European leaders and expectations for additional spending by the U.S. government.

European Union leaders ended a grueling four-day summit with an agreement on a €1.8 trillion ($2.1 trillion) budget and rescue-fund package aimed at shoring up the worst-hit economies in the wake of the COVID-19 pandemic.

A weaker dollar can be a positive for commodities priced in the currency, making them cheaper to users of other currencies. In Tuesday dealings, the ICE U.S. Dollar Index /zigman2/quotes/210598269/delayed DXY -0.15%  traded down nearly 0.8% at 95.10, the lowest level since March.

“Clearly, the passage of the EU recovery fund combined with the beginning of negotiations on another U.S. stimulus package provides a solid backdrop for the bull camp,” analysts a Zaner Metals wrote in a daily note, adding that the dollar, overnight, broke down to the lowest level since March 10. “Currency forces should be poised to add to the bull track.”

“Silver spot prices have outperformed gold so far this month, an interesting reversal of the norm,” said Cailin Birch, global economist at The Economist Intelligence Unit. “We believe that this reflects growing market optimism around the outlook for global industry, given silver’s many industrial uses.”

“Several factors are probably contributing to this recent optimism, including the approval of a broad stimulus package by the EU commission and steadily improving economic and industrial activity in China, the main source of demand growth of industrial metals,” she said in emailed commentary.

Silver prices had settled early last week, and again on Monday, at the highest since September 2016.

Read: Why silver is trading at a nearly 4-year high

Also see: Why gold have become a ‘weapon of choice’ for investors

“In the early stages of the precious metals bull market, gold leads the way with silver being pulled up slowly by the rising gold price,” said Peter Spina, who is president of GoldSeek.com and SilverSeek.com, providers of news and analysis for the precious metals. “At a certain point, the relative value of silver versus gold gets more noticed and investors start to accumulate the ‘poor man’s gold’.”

“Now we are entering into the next phase of the bull market where silver is getting recognized for its deep discount as a precious, monetary metal,” Spina told MarketWatch.

But it’s “all relative,” he said. “Investors are looking for safety in gold and silver’s ability to also provide a low-risk store of value,” and that “builds stronger investment inflows,” feeding the price climb.

Meanwhile, Europe’s fiscal package “comes on the back of vast monetary support from the European Central Bank, as well as other major central banks around the world. In the U.S., talks are about to kick off on the next virus relief plan, which could see at least an additional $1 trillion added to the previous stimulus measures – especially as some of the existing measures are about to expire,” said Fawad Razaqzada, analyst with ThinkMarkets, in a note.

“The platinum and palladium markets have begun to show very positive sensitivity in sync with gains in gold and silver prices,” said analysts at Zaner Metals.