Gold futures drop over 2% to log a weekly loss

SAN FRANCISCO (MarketWatch) — Gold futures tumbled Friday by more than $30 an ounce, for their first weekly loss in three, after jobs growth data came in slightly better than expected, driving Wall Street stocks higher and pulling investors away from the metal.

Gold for August delivery fell $32.80, or 2.3%, to settle at $1,383 an ounce on the Comex division of the New York Mercantile Exchange. It was down $7.40 ahead of the jobs data, then bounced around before making a firm push lower.

The August contract, which was the most-active contract last Friday, lost 0.7% for the week after two straight weeks of gains.

Friday’s percentage loss was the largest for most-active contract since April 15 and the settlement price was the lowest since May 28, according to FactSet data 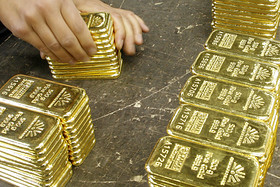 Labor Department data showed the U.S. created 175,000 jobs in May, an increase that exceeded the forecasts of economists polled by MarketWatch. They were expecting gains of 164,000.

The unemployment rate rose to 7.6% from 7.5%; economists had expected that level to remain unchanged.

“The employment numbers were better than consensus, which suggests the [Federal Reserve] may consider stopping bond purchases sooner,” said Peter Hug, global trading director at Kitco Metals, in emailed remarks, though he added that he doesn’t agree with that view.

“The numbers were neutral at best and I continue to believe that the Fed will maintain course, at least into fall,” he said.

Still, better-than-expected jobs figures helped push money back into the dollar and equities, which is working against metals, he said. “This ying/yang will continue until the market has a clear signal from the Fed.”

Aside from the nonfarm-payrolls data, the gold market looked to comments from former Fed Chairman Alan Greenspan. On CNBC Friday, Greenspan said the central bank should “get moving” on slowing down its bond-purchase program.

“Gold had started falling after the Greenspan comments, but rose initially after the release of the jobs numbers,” said Chintan Karnani, an independent bullion analyst based in New Delhi.

When traders looked more closely at the jobs numbers, gold started to fall, he said, as they realized that the figures showed stable jobs growth, which is better than a slowdown — “hence the selloff” in gold.

The yen has risen against the dollar this week and the “dollar has had a generally weaker tone against the euro. This market is being traded on a capital flow basis. Money moving out of the U.S. dollar is generally positive for the metals,” said Hug. Read more on the dollar. 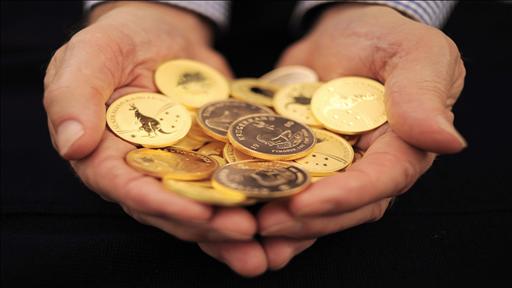 Why the gold rally looks flimsy

Despite the rise in gold since mid-May, the metal is well off its levels from the start of 2013.