Commentary: What price is justified by gold’s fundamentals? 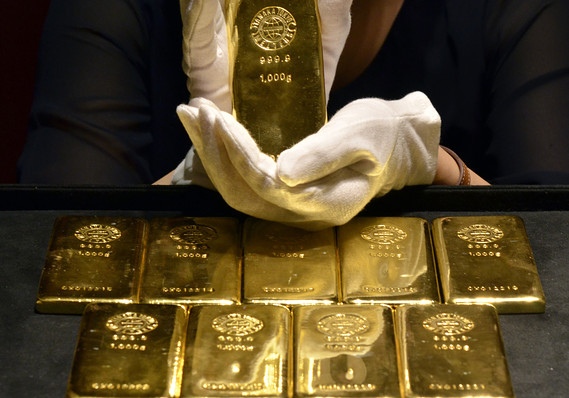 That’s the depressing assessment from Claude Erb, a former commodities portfolio manager for Trust Company of the West, and co-author — with Campbell Harvey, a Duke University university finance professor — of an academic study from last June that is looking to be increasingly prophetic. 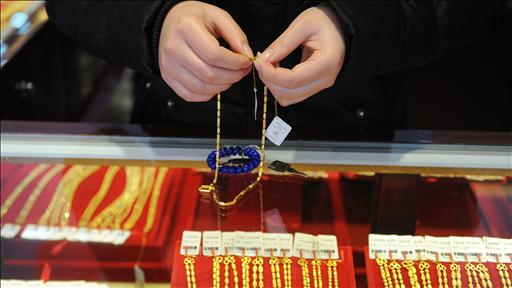 Gold prices plummet, but not at jewelry stores

Gold prices may be down more than 20% since 2011, but those looking to wear the precious metal rather than invest in it won’t find a similar decline at the jewelry counter.

In that study, the authors calculate that gold’s fair value is close to $800 an ounce. Though many of gold’s true believers were inclined to dismiss such a bearish projection when their study came out, it’s beginning to be taken a lot more seriously: Bullion’s recent slaughter has eliminated more than 40% of what a year ago they concluded was bullion’s overvaluation — including $240 over the last week alone.

These developments prompted me to check in with them to see if these recent developments had in anyway softened their bearish assessment.

On the contrary, Erb told me Monday morning, he thinks it is unrealistic to expect gold’s decline “to play itself out very quickly.” Referring to the five stages of grief that were made famous by Elisabeth Kubler-Ross, he believes the gold market right now is just in the first stage: denial.

Read about the day gold died.

Read: Why are gold futures falling if the Fed is still easing?

The next four stages, for those of you who need reminding, are anger, bargaining, depression and, finally, acceptance.

As evidence of many gold investors being in denial, Erb referred to the large number of institutional investors and hedge fund managers who continue to own substantial gold positions. The “Denialists are like those in 2007 who thought real estate would go up forever, or Jim Glassman’s famous book at the top of the Internet Bubble projecting DJIA 36,000.”

Erb continued that these institutional investors and hedge-fund managers in coming days will have a lot of explaining to do with clients for why they didn’t anticipate gold’s plunge — and to convince those clients in any case why they should continue to invest in gold.

If those investors and managers lose the faith and decide to sell, and even if they don’t but if their clients do, then a huge amount of additional selling pressure will hit the gold market. 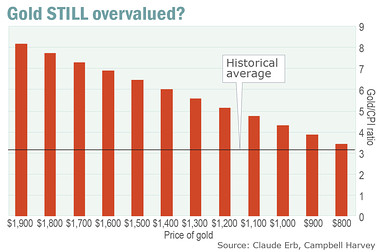 For a fuller discussion of the hard questions that Erb and Harvey ask about gold, read my early-February Barron’s column about their research . But to come up with an estimate of gold’s fair value, they calculate a ratio of gold to inflation going back as far as they were able to obtain data. They report that this ratio, when expressed in terms of the U.S. Consumer Price Index, has averaged about 3.2-to-1. Even at $1,400 an ounce, this ratio stands at 6.03-to-1, or nearly double this average.

And don’t be too quick to dismiss the awful implications of their research. You might not agree with it, but the authors don’t ignore the possibility that the under-reporting of actual inflation justifies a much higher gold price. They also respond to the argument that factors such as currency fluctuations automatically translate into a gold bull market. Finally, it’s not the case that they are biased against gold; Erb told me that he frequently invested in gold when he was a commodities fund manager. ( Click here to read their full study. )

Erb said that gold’s recent plunge is the all-too-predictable result of an asset whose price has become disconnected from fundamental value. While he allowed that gold could very well stage a powerful rally from here, he predicted that its final bear-market low will be a lot lower than where it stands today. After all, every time in history in which gold’s price has deviated significantly from fair value — as he and Prof. Harvey calculate it — it eventually has returned to it.

Click here to learn more about the Hulbert Financial Digest.

Mark Hulbert is the founder of Hulbert Financial Digest in Chapel Hill, N.C. He has been tracking the advice of more than 160 financial newsletters since 1980. Follow him on Twitter @MktwHulbert.