Gold’s rise to near 7-year highs feeds talk of a climb to record prices of $2,000 and beyond

“The markets are in the throes of a weird mix of safe-haven and speculative motivations.” 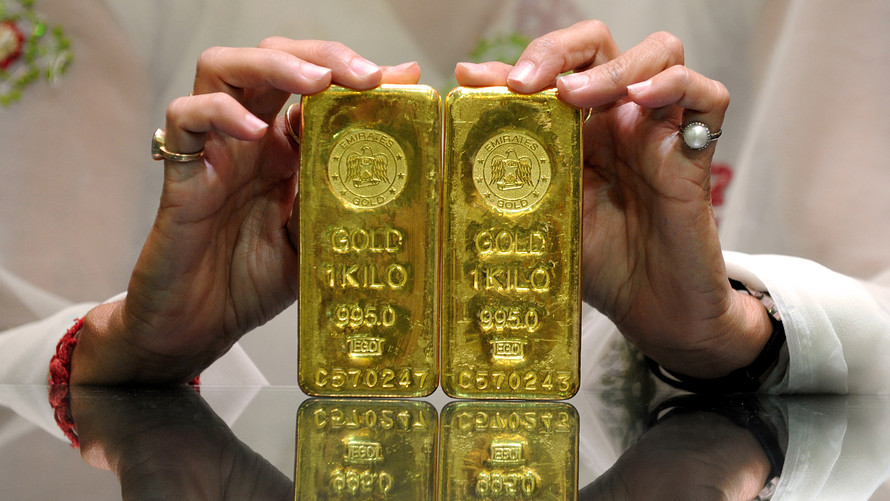 AFP/Getty Images
Gold futures have climbed to their highest levels since March 2013.

Gold prices now trade at their highest levels in almost seven years, as the economic impact of the COVID-19 epidemic in China has raised expectations for stimulus from global central banks to sustain economic growth, feeding talk of record $2,000-an-ounce prices and beyond for the precious metal.

“The markets are in the throes of a weird mix of safe-haven and speculative motivations,” said Brien Lundin, editor of Gold Newsletter. “The U.S. dollar and stock market are benefiting from an influx of global funds looking for security during the coronavirus uncertainty, but stocks domestically and worldwide are also joining gold and silver in expectation of central bank stimulus to counteract whatever the economic effects may be.”

“So, for now at least, fear and greed are combining to move most markets higher,” Lundin said on Wednesday.

Prices may hit a record level of $2,000 before the end of next year, he said. The timing of that would “keep the market from overheating and give investors more time to make more money in mining equities, which typically over leverage to gold’s moves.”

The precious metal conquered the $1,600 level “as market players evaluate the global economic damage caused by the virus outbreak,” Lukman Otunuga, senior research analyst at FXTM, told MarketWatch. “With global growth concerns back on the table and speculation rising over central banks turning up the taps on looser monetary policy, gold is positioned to push higher.”

Lundin believes “gold will do far more than beat that record.” Adjusting for inflation, in order to match the record of $850 set in January of 1980, gold would have to trade for about $2,805 in today’s dollars, he said.

‘I think we’ll set a new record in real terms, exceeding $3,000, at some point over the next four years or so.’

“I think we’ll set a new record in real terms, exceeding $3,000, at some point over the next four years or so,” he said.

In a note Wednesday, commodity strategists at Citi said gold prices may see nominal highs of $2,000 an ounce in the next 12 to 24 months, according to Barron’s . For the shorter term, they upgraded their six- to 12-month target to $1,700 per ounce.

Prices had topped $1,600 an ounce on Tuesday for the first time since 2013. Lundin had attributed that move to “anticipation of the flood of central bank stimulus that is all but guaranteed by the effects” of the greater economic fallout from the coronavirus to date.