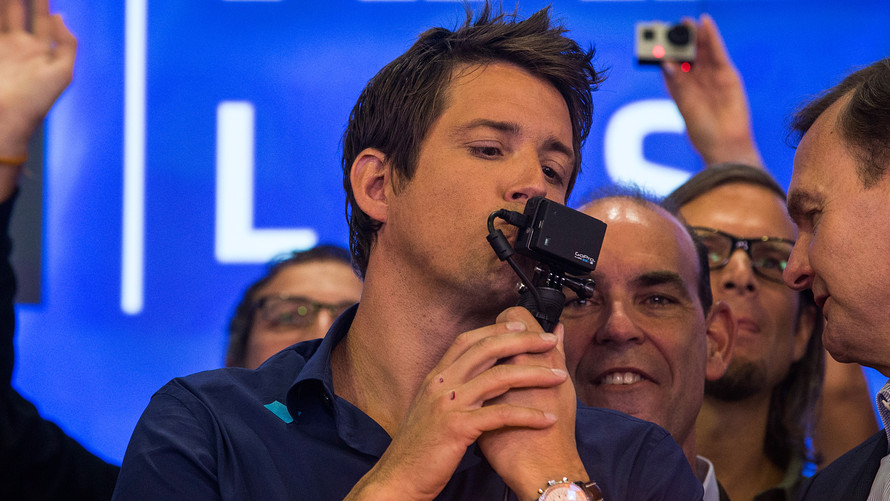 Shares of GoPro Inc. plunged another 9% on Thursday on the heels of the company’s weak earnings and outlook, and analysts said the stock could face-plant if GoPro’s new products, such as virtual reality and drones, fail to take off.

In a note to clients, Oppenheimer analyst Andrew Uerkwitz called GoPro’s /zigman2/quotes/209165587/composite GPRO +2.76%  not-yet-released virtual-reality rigs “obsolete.” His skepticism follows months of positive analyst commentary that virtual reality and drones would be the company’s ticket out of this sales slump.

There are already a number of 360-degree rigs that are compatible with GoPro Hero cameras. Companies such as Nikon Corp. /zigman2/quotes/203281219/delayed JP:7731 +2.21%  and 360Fly, run by Boost Mobile co-founder Peter Adderton, also recently announced rig-less cameras that can shoot in 360 degrees.

GoPro CEO Nick Woodman brushed off analyst questions about competition on a call with analysts late Wednesday, saying the company still holds an 85% share of the market. He also announced a new Hero 5 camera, said GoPro plans to double down on new technologies in 2016, such as upgraded editing software, and plans to launch its consumer-level Karma drone and professional-grade virtual reality rig this year, to deliver “the breakthrough experience” everyone has been waiting for.

Oppenheimer reiterated a perform rating on the stock Thursday, and lowered fiscal 2016 and 2017 estimates on GoPro’s earnings and revenue. While J.P. Morgan reiterated an overweight rating on the stock, it lowered its price target to $17 from $21, and said that GoPro’s stock will either set new records or skid over the next few years, depending on how its upcoming products take off.

“The payoff in 2017 will likely be binary, with sales and earnings soaring to new heights or ending in a face-plant,” said J.P. Morgan analyst Paul Coster.

Wedbush analyst Michael Pachter lowered his price target to $13 from $18 to reflect recent stock moves, and lowered fiscal 2016 estimates. While he reiterated an outperform rating, refusing to “kick GoPro” while it’s down, he expressed concern that the stock could flop if Karma fails to gain traction.

“We expect GoPro shares to remain range bound until the Karma launches, and then to rebound only if investors are convinced that the device is not merely a fad,” he said.

The average rating on the stock is the equivalent to hold, according to a poll by FactSet of nearly 20 analysts. The average price target on the stock is $13.73, which implies upside of 40% from early-afternoon trading prices, but that’s sharply below expectations from just a few months ago.

GoPro plans to launch Karma sometime in the first half of 2016.