‘[I] didn’t want to look too much at what happened’ 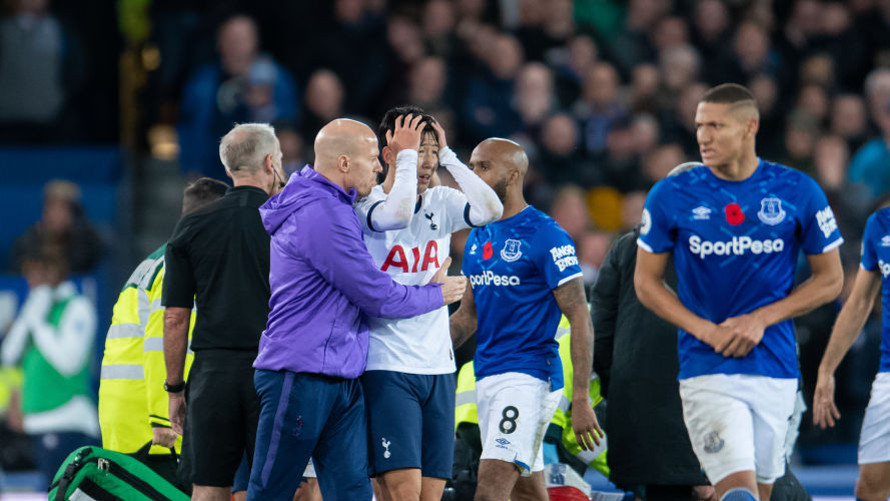 Tottenham Hotspur’s Son Heung-min was reportedly so devastated by what had just happened on the soccer pitch during Sunday’s match that he couldn’t even lift his head as he sobbed in the dressing room.

Basically, Son tackled Everton midfielder Andre Gomes from behind, causing him to topple into Tottenham’s Serge Aurier in such a way that left him with a brutal ankle break. Players from both teams immediately realized the severity of Gomes’s injury and frantically called for medical help.

“[I] didn’t want to look too much at what happened,” Tottenham’s Dele Alli told Sky Sports after the game. “Son is devastated and in tears. It’s not his fault. Son is one of nicest people you’ve ever met.”

Look away if you’re squeamish — the incident occurs at the beginning of this YouTube video posted by Telemundo Deportes /zigman2/quotes/209472081/composite CMCSA -2.66%  :

Here’s Fabian Delph, one of Gomes’s Everton teammates, talking about the mood in his side’s locker room after the game:

Everton said in a statement that Gomes will undergo surgery on Monday.

“Andre was stretchered from the pitch during the second half of the game and taken straight to Aintree Hospital by ambulance accompanied by members of the Everton medical team,” the team said. “After undergoing hospital tests, it was confirmed he had suffered a fracture dislocation to his right ankle.”

Darkening the cloud over the match, an Everton fan allegedly made racist gestures toward Son as he was leaving the field. He had been disqualified for the Gomes tackle. Everton is investigating the matter.

“Everton strongly condemns any form of racism,” the club said on Twitter /zigman2/quotes/203180645/composite TWTR -6.32% following the match. “Any such behaviour has no place within our stadium, our Club, our community or our game.”

For what it’s worth, the game, at Everton’s home ground, Goodison Park, in Liverpool ended in a 1-1 draw.