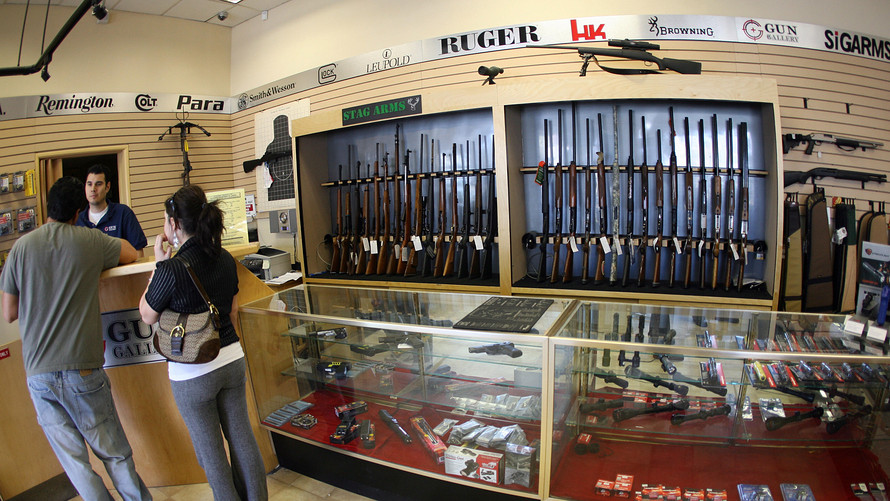 Shares of shooting sports companies surged Monday, bucking the selloff in the broader stock market, after President Trump tweeted about pushing for stronger background checks for gun buyers in the wake of the tragic events over the weekend.

Industry analysts have said that the regulatory environment is among the biggest drivers of the firearms market, as concerns over tighter regulations had boosted gun sales and shooting sports company stocks in the past.

Since peaking in early-to-mid-2016, the industry has struggled and share prices have fallen after the presidential election, as fears of regulatory tightening faded despite multiple mass shootings and some restrictive actions taken by gun retailers. Read more about the tragic events over the weekend.

Meanwhile, shares of retailers that sell firearms fell, with Dick’s Sporting Goods Inc. (NYS:DKS)  down 3.4% and Walmart Inc. (NYS:WMT)  giving up 2.4%. Both companies said last year, in the aftermath of a mass shooting at a Florida high school, that they stop selling guns to people younger than 21. Dick’s also said it would no longer sell assault-style rifles and high-capacity magazines and Walmart had decided in 2015 to stop selling modern sporting rifles.

With Monday’s rally, American Outdoor’s stock has now gained 8.8% since closing at a 6 1/2-year low on June 26, which was about a week after the company reported better-than-expected fiscal fourth-quarter earnings.

In a post-earnings conference call with analysts in June, American Outdoor Brands Chief Executive James Debney said that at the time, there was no sign of “fear-based” buying just on fear of regulation. “So, nothing yet, but who knows?” Debney said, according to a transcript provided by FactSet.

The company did not immediately respond to a request for comment.

On the post-earnings conference call with analysts, Chief Executive John Killoy said “concealed carry” remains a very strong segment of the market, while the MSR [modern sporting rifle] market “has a good opportunity.”

Vista Outdoor said Friday it will host a gathering for institutional investors and Wall Street analysts in New York City on Sept. 10.

In May, Chief Executive Christopher Metz had said on a conference call with analysts that he was “finally seeing signs of stabilization” in the ammunition market, which suggests the shooting sports segment was “getting close to the bottom of the demand trough.”

Vista did not immediately respond to a request for comment.