Gundlach warns: Look here for the next bank bombshell

Critical information ahead of the U.S. market’s open 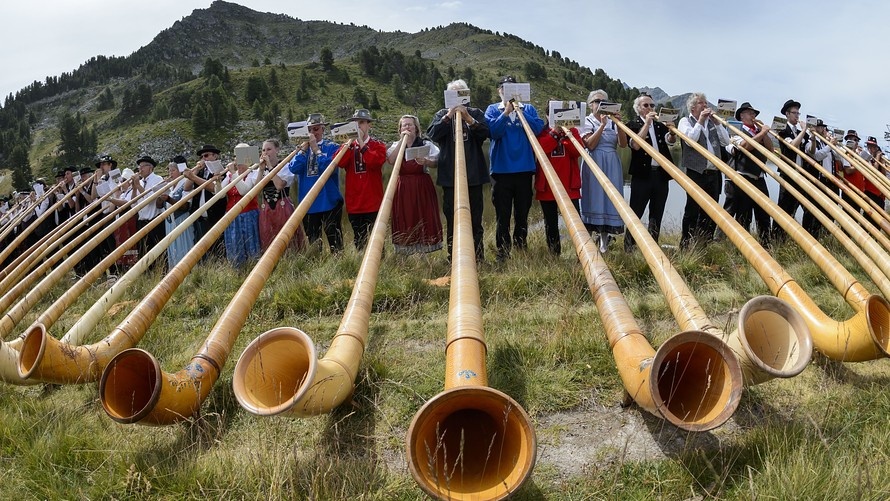 AFP/Getty Images
The hills are alive...

Don’t look for taper-tantrum worries to go away soon. Of course, we aren’t talking about the Fed ... this time.

Global equities are still fixated this morning on a rumor that was swatted away by the European Central Bank, that it could be looking to scale back its monetary stimulus. European stocks are down about 1%, and that could prove a drag on Wall Street, if stock futures are anything to go by this morning.

The ECB could have been sending up a trial balloon or trying to manage expectations ahead of its Dec. 8 meeting, suggests Frederik Ducrozet of Pictet Wealth Management. The economist told clients he thinks tapering won’t start until the end of next year and the ECB will extend asset purchases until next September.

But this market tends to shut its ears to common sense. As we’ve seen before, it just isn’t comfortable with the idea of a central bank cutting off stimulus.

“We saw a similar reaction when the Fed first hinted at tapering back in 2013 — the difference being that the U.S. was on the road to recovery, so tapering was warranted,” notes Oanda’s Craig Erlam.

Some may be pining for the start of U.S. earnings season next week as a distraction from European bugbears — though it looks like Brexit fears are ebbing this morning. But famed bond investor Jeffrey Gundlach reminds us that Deutsche Bank could be the least of our worries. See call of the day below for more.

The countdown to Friday’s jobs data starts today with ADP employment, often viewed as a bellwether for the big report. Investors will look at how that data goes for signs of more strength in the economy, which could make it easier for the Fed to hike interest rates in December.

On with the show.

Crude /zigman2/quotes/209727494/delayed CLZ26 +0.83%  is nicely up ahead of U.S. inventory data, and Brent has tapped a four-month high. Gold  and silver  are rebounding a bit after Tuesday’s mauling, but some see a short-lived rally.

Read: Why gold’s plunge below $1,300 may be a buying opportunity

ADP reported 154,000 private-sector jobs were added in September, while the trade deficit rose 3% to $40.7 billion. Still to come, Markit nonmanufacturing PMI, ISM nonmanufacturing and factory orders later in the morning.

The buildup continues to Friday’s nonfarm payrolls data. Check out our economic preview.

DoubleLine’s Jeffrey Gundlach has dropped a new name for us to worry about on the European bank front. He says if “push comes to shove,” the German government will support Deutsche Bank.

“But what about Credit Suisse, which has shown a similar decline in stock price? Who’s there to bail them out?” Gundlach said, speaking at the Grant’s conference on Tuesday. 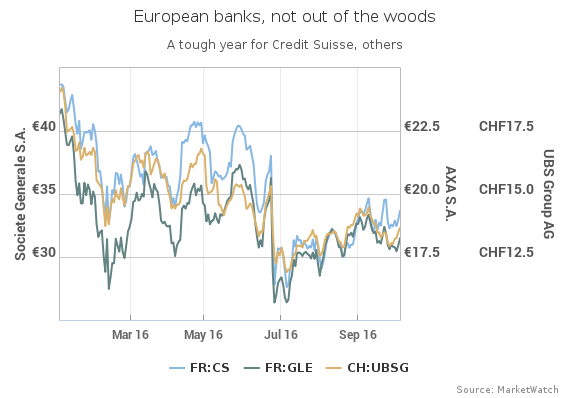 MarketWatch
The risky business of banks

As iBank Coin ’s The Fly noted, it’s also ugly elsewhere in Europe among banks. Italy’s Intesa Sanpaolo /zigman2/quotes/206161760/delayed IT:ISP +0.21%  is matching Credit Suisse’s year-to-date losses. Spain’s Banco Popular  is down 60% year-to-date, and that country doesn’t even have a government (a third general election may arrive just in time for Christmas!)

Gundlach said the EU’s negative-interest-rate policy is running the risk of bankrupting its lenders, and Deutsche is a poster child for this.

“You cannot save your faltering economy by killing your financial system,” he says. 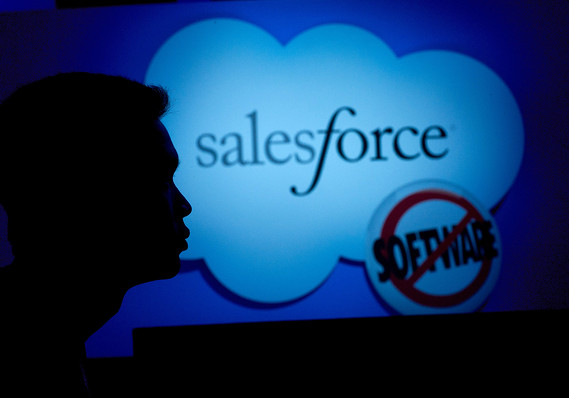