Nearly 50% of LGBTQ Americans are in the closet at work 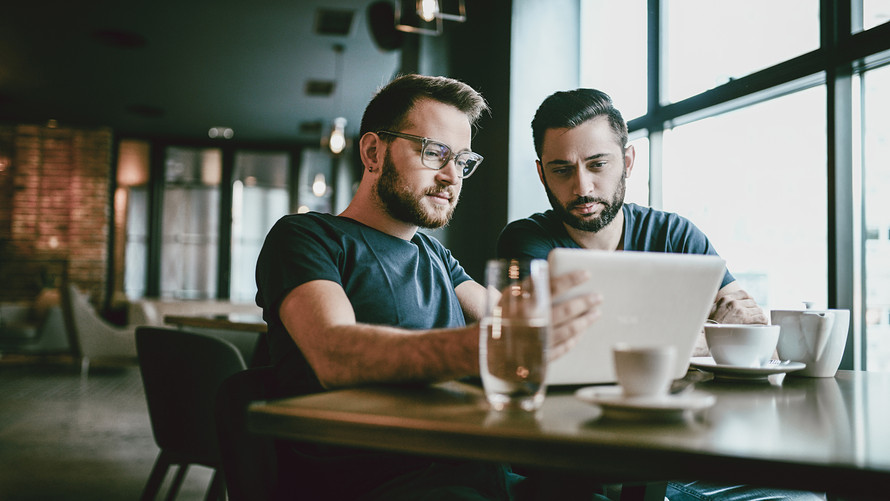 iStock/AleksandarGeorgiev
Many LGBTQ workers say bullying makes them afraid to come out.

<STRONG>National Coming Out Day on Oct. 12 is a day for education, and advocacy and support related to LGBTQ issues.</STRONG>

When Christine, at 25-year-old student who identifies as queer began to do rounds at local health clinics where she attends medical school in Missouri, she felt she had to keep much of her personal life obscured.

“Working in a very conservative area, it feels like I am not able to be myself,” she said. “When they ask me about my dating life, or when I plan to get married, I just give ambiguous short answers.”

The Supreme Court heard arguments this week on whether the civil rights laws barring workplace discrimination based on gender also applies to gender identity and sexual orientation. The issue pertains to whether Title VII of the federal Civil Rights Act of 1964, which prohibits sex discrimination, also protects LGBTQ people from discrimination at work. Title VII does not explicitly mention LGBTQ people, but federal appeals courts in Chicago and New York recently ruled that gay and lesbian employees are entitled to protection from discrimination.

Members of the LGBTQ (lesbian, bisexual, gay, transgender, and queer or questioning) community who aren’t out of the closet in the workplace report isolation, depression, and exhaustion. The doctor-in-training, who asked to withhold her last name for this story, is one of 46% of LGBTQ Americans who remain closeted in the workplace, according to a 2018 report by the Human Rights Campaign Foundation. The study was based on a probability-based sample 804 LGBTQ-identified people and a separate survey of 811 non-LGBTQ people.

Workers surveyed cited variety of reasons for not coming out to colleagues: 38% said they hid their sexuality because of the possibility of being stereotyped, 36% said they didn’t want to make people feel uncomfortable, and 31% said they worried about the possibility of losing connections or relationships with co-workers.

Don’t miss: Why house prices in gay neighborhoods are soaring

For Christine, who is Palestinian, her decision to not come out were was layered. She ended up not addressing her sexuality because there was so much focus on her racial identity. Often times, she said she was “the only brown person in the room” and had patients asking her repeatedly where she was from.

As was already attracting unwanted attention because of her race, she felt addressing her sexuality would make it worse. People of color in the medical industry often report patients making inappropriate comments about their race or even refusing to accept treatment on account of their race, according to a piece in the New England Journal of Medicine in 2016 called “Dealing with Racist Patients.”

“I’m lucky because I have a feminine gender identity, and my sexuality isn’t the first thing people question or notice when they see me. Instead, my race is frequently the topic of discussion,” Christine said. “So not only am I trying to navigate these exclusionary white spaces as a woman of color, I am also trying to navigate an explicitly heteronormative space as a sexual minority.”

Because many people read her as straight, Christine said it felt it was easier to hide her identity, but still felt self-conscious about how she presented, choosing to act and dress more feminine to avoid unwanted attention. According to the HRC study, one in five LGBTQ workers have been told by colleagues to dress more feminine or masculine in the workplace.

Deciding to come out

Many LGBT workers don’t report negative comments, discrimination, or discomfort at work because they don’t think anything will be done: 45% of LGBTQ workers say enforcement of their employer’s non-discrimination policy is dependent on their supervisor’s own feelings about LGBTQ people and 13% say they worry they will be fired from work for being LGBTQ identified.

When she started work, Christine tried to gauge how LGBTQ-friendly the environment was by asking questions about different issues including the recent Supreme Court decision on whether a baker can deny a gay couple a wedding cake.

The responses, coupled with overhearing negative comments about LGBTQ people, led her to believe she wouldn’t be welcomed if she came out. Some 53% of LGBTQ workers report hearing jokes about lesbian or gay people in the workplace, according to the HRC study.

Remaining in the closet began to take a toll on Christine’s mental health, she said. “I just went home after work — I became reclusive,” she said. “Being in that environment, I felt like I was building up so many barriers and acting the whole time. I was putting on a performance, and it was exhausting.”

But he too has experienced similar struggles being closeted at work. “It makes you feel like you have a segmented identity and you are hiding parts of your life from work,” he said. “I wanted to be honest about who I was and be myself at my workplace.”

When searching for his current job, Wegman made finding an inclusive workplace a priority. Seeing people at his office put their preferred pronouns in their email signatures, noticing gender-neutral bathrooms, and an in-office LGBTQ group that marched in the New York City Pride parade were signs he would be accepted there. 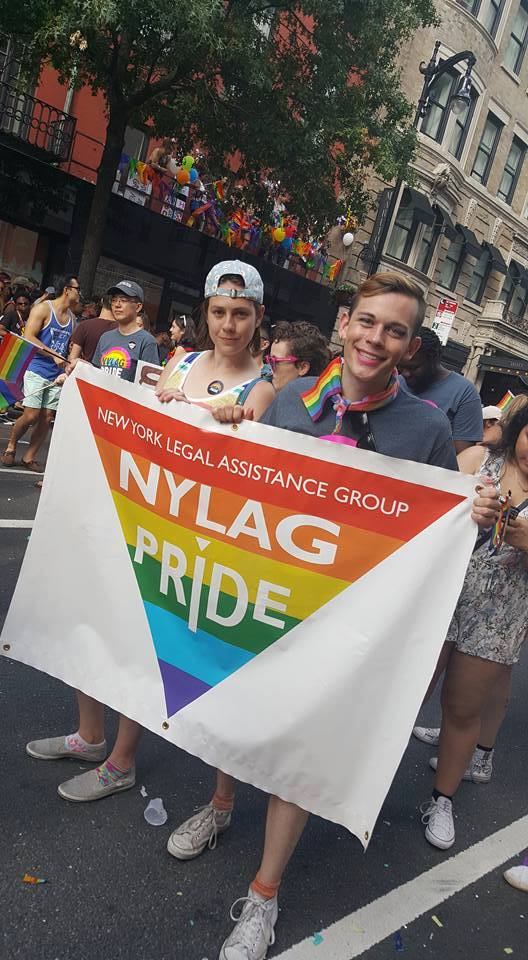 “LGBT employees are still avoiding making personal and professional connections at work because they fear coming out — and that hurts not only that employee, but the company as a whole,” said Deena Fidas, director of HRC’s Workplace Equality Program.

The HRC report makes suggestions to ensure workplaces are more LGBTQ friendly. When a colleague asks about your weekend, return the favor and give them space to share information about their personal lives and relationships. It suggested mid-level managers lead conversations about unconscious bias in the workplace and train teams to spot unconscious bias.

The struggle is unique for different identities, the report noted. New York-based winery employee Olivia Jane identifies as non-binary, meaning they do not identify as a man or a woman and prefer people use the pronoun “they” when addressing them. They told MarketWatch they put preferred pronouns in their email signature as an indirect way of coming out, but only a handful of people have respected the pronouns. Most people default to “she” because of how Jane appears.

“I am pretty femme-presenting and my name is super femme so I understand how some people can miss it,” they said. “It’s like little weights are being added to my shoulders everyday. I actually feel a pang and have an internal debate if I should correct this person again.” 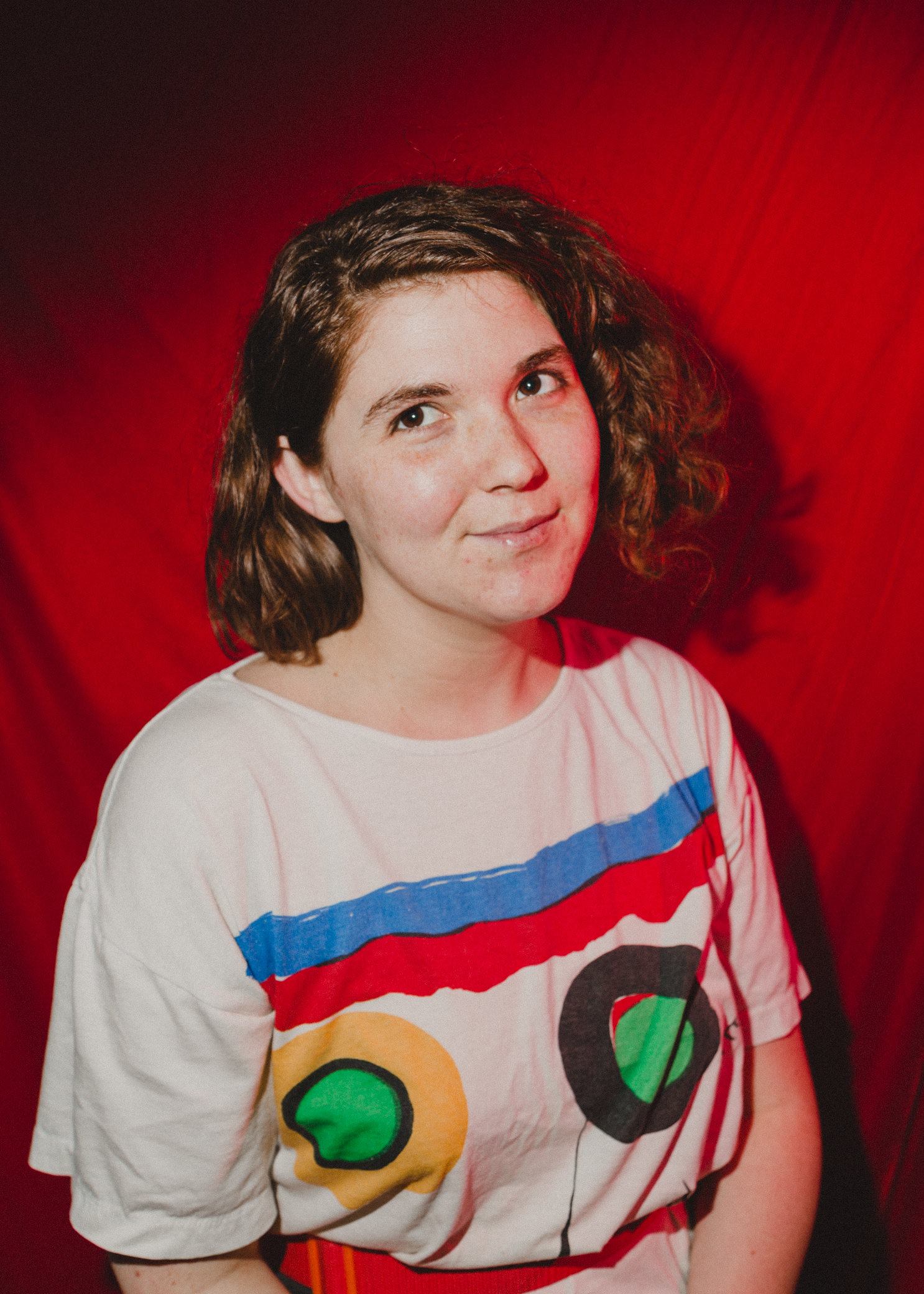 Image by Bridget Badore
Olivia Jane uses ‘they’ and ‘them’ pronouns.

Workplace discrimination is especially prevalent for transgender employees. Nearly every transgender person surveyed as part of a 2009 report from the National Center for Transgender Equality and the National Gay and Lesbian Task Force said they experienced discrimination at work, including everything from being denied access to the appropriate rest room to being barred from working with clients.

Policy changes from the Trump administration threaten to exacerbate these issues: In 2017, Attorney General Jeff Sessions issued a memo saying that the Justice Department will no longer argue that transgender people are protected against workplace discrimination by the Civil Rights Act.

President Trump issued an executive order in March 2017 reversing an Obama administration policy that had banned federal contractors from discriminating against an employee on the basis of their sexual orientation or gender identity.

Some 80% of non-LGBTQ people say LGBTQ people should not have to hide who they are at work, but in practice a number of double standards emerge, the HRC report found. Some 59% of non-LGBTQ workers say it’s unprofessional to talk about sexual orientation and gender identity in the workplace and 36% say they feel uncomfortable talking about dating with an LGBTQ colleague.

Sylvia Boyd, a 26-year-old bisexual woman who works at a health-care advertising agency in Denver, Colo., said she felt uncomfortable talking about her long-term female partner at her former workplace due to insensitive comments from colleagues. “My boss kept referring to my fiancée as my roommate, saying things like it’s nice of my roommate to walk my dogs,” she said. “I didn’t correct her because I wasn’t comfortable expressing it.”

When Boyd started her new job this year, she identified as bisexual outwardly from the beginning and made a point to mention her partner often.

“It’s helped me in other ways,” she said. “It’s created a sense of camaraderie with my colleagues and opened the gate for me to be completely out and be myself in all areas of my life.”