Netflix is rolling out ‘Umbrella Academy’ and a ton of teen shows, while most other streaming services take a summer break 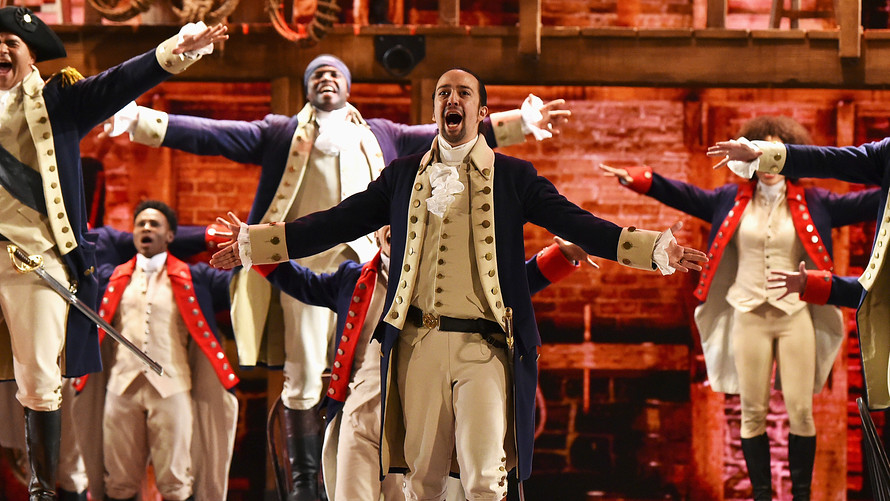 Getty Images
Lin-Manuel Miranda and the original cast of “Hamilton” are coming to Disney+ on June 3.

With a few notable exceptions (cough cough “Hamilton”), most streaming services are taking a summer programming vacation in July, making it a perfect time for budget-minded subscribers to cut back a bit on expenses without worrying about missing out on buzz-worthy new shows.

Here’s a look at what’s coming to the various streaming services in July 2020, and what’s really worth the monthly subscription fee.

Netflix Inc. /zigman2/quotes/202353025/composite NFLX -0.90%   is one of the few services going full steam ahead in July, with a ton of new releases. It will be a particularly good month for the teen crowd, starting with the debut of “The Baby-Sitters Club” (July 3), an updated take on the beloved series of novels about a group of young friends who start their own baby-sitting business. If you want to feel old, know that Alicia Silverstone is playing the mom of one of the girls. There’s also “The Kissing Booth 2” (July 24), the sequel to the hit teen romantic-comedy movie; Season 2 of “Umbrella Academy” (July 31), the quirky drama about misfit superhero siblings, who in the new season find themselves transported to 1960s Dallas; “Cursed” (July 17), a new take on the Arthurian legend focusing on a young heroine who is destined to become the tragic Lady of the Lake; and “Warrior Nun” (July 2), an action series about an orphaned teen who wakes up in the morgue with superpowers.

For the grown-ups, there’s Charlize Theron in the supernatural action movie “The Old Guard” (July 10), about a team of unkillable mercenaries protecting the mortal world. While it sounds dumb, it could fill that summer need for mindless entertainment quite nicely. There’s also “Fatal Affair” (July 15), a domestic thriller starring Nia Long and Omar Epps; Season 2 of “Deadwind” (July 1), a satisfying if clichéd Finnish cop drama that should appeal to Nordic Noir fans; and “Stateless” (July 8), an Australian drama series about four strangers whose paths cross at an immigrant detention facility, starring Cate Blanchett and Yvonne Strahovski. And we can’t forget “Unsolved Mysteries” (July 1), a reboot of the goosebump-inducing ’80s docuseries that examines everything from murders to missing people to UFOs. Before you ask, since nobody could replace Robert Stack or his gravelly voice, the show will not have a host.

There’s a little something for starved sports fans too, with the streaming debut of the excellent ESPN docuseries “The Last Dance” (July 19), about Michael Jordan and the Chicago Bulls’ championship run in 1997-’98; and the final season of the junior college football docuseries “Last Chance U” (July 28), which will focus on the struggles and successes of Oakland’s Laney College. The series will shift its focus to junior college basketball next season.

Read more: Here’s everything coming to Netflix in July 2020 — and what’s leaving

Play, pause or stop? Play. Netflix is still the gold standard in streaming, with a deep library and a seemingly constant supply of new programming.

Baby Yoda, meet Alexander Hamilton. For the first time since its launch late last year, Disney+ has the most talked-about streaming offering out there, thanks to “Hamilton,” (July 3), the filmed version of the Broadway smash hit, which is dropping just in time for Fourth of July weekend. It was originally scheduled to be released in theaters in October 2021, but due to the pandemic forcing movie releases to reschedule, we’ll get it now instead. No complaints here. Filmed in 2016 and starring Lin-Manuel Miranda and the rest of the original cast, “Hamilton” is the must-see streaming event of the summer, and is likely to lure a ton of new subscribers to Walt Disney Co.’s /zigman2/quotes/203410047/composite DIS -2.08%   service.

Speaking of new subscribers, Disney+ just ended its seven-day free trial. Such a coincidence! But paying $6.99 for a month’s subscription to see a show that theatergoers paid hundreds, even thousands, of dollars to see is still a bargain.

Disney+ is also adding “Muppets Now” (July 31), a brand new, unscripted series featuring Kermit the Frog, Miss Piggy and the rest of the gang doing celebrity interviews and sketch comedy. The service will also bolster its “Star Wars” lineup by adding “Solo: A Star Wars Story” (July 10), which, honestly, wasn’t as bad as it was made out to be when it was released in 2018.

Read more: Here’s everything coming to Disney+ in July

Who’s Disney+ for? Families with kids, and hardcore “Star Wars” and Marvel fans. For those not in that group, its library is lacking, but the addition of “Hamilton” makes July the perfect time to sample it for a month and see what’s there.

Yes, it’s still the most expensive streaming service. But for the same cost as a traditional HBO cable subscription, HBO Max offers much more. It’s fast gaining a reputation as the go-to service for older movies ( “Jaws,” “Casablanca,” “Citizen Kane” for starters), and will bolster its selection in July with dozens more, including “ The Exorcist,” “Blazing Saddles” and “The Right Stuff.”

There are only a handful of original series launching on Max in July, most notably the Amy Schumer docuseries “Expecting Amy” (July 9), chronicling the comedian’s stand-up tour during her difficult pregnancy. But there are also fresh episodes of HBO’s new “Perry Mason,” the dark, noirish private-eye series starring Matthew Rhys; the disturbing true-crime docuseries “I’ll Be Gone in the Dark”; and access to HBO’s vast and excellent library. One older show worth watching that you probably missed: “Betty,” a dreamlike and gorgeously-shot hangout comedy about a diverse crew of skateboarding girls.

Read more: Here’s everything coming to HBO Max in July 2020, and what’s leaving