Yes, it’s easier to get into an elite college if your family donates — but here are 5 other ways the wealthy have an edge 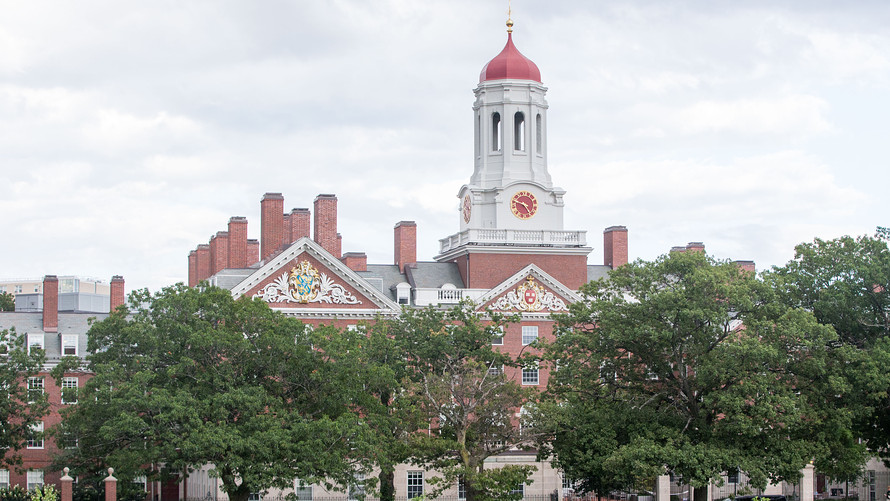 Getty Images
A lawsuit over Harvard’s admissions practices is shedding new light on how the school considers students.

Cynics were probably not surprised at the definitive proof unearthed during a closely-watched trial this week that Harvard University gives some preference to applicants who are connected to major donors.

The notion that money curries favor in elite college admissions is one many suspect, but it’s rare to see explicit confirmation of the dynamic. That changed thanks to emails revealed as part of a high-profile case accusing Harvard of discriminating against Asian-Americans, a charge the school denies.

In a 2013 email, the former dean of Harvard’s Kennedy School wrote to William Fitzsimmons, Harvard’s dean of admissions, thanking him for his help getting certain students with connections to major donors into the school, according to reporting from various outlets . “[Redacted] and [redacted] are all big wins. [Redacted] has already committed to a building,” the former dean wrote in the email.

In another email, Harvard’s associate vice president for alumni affairs and development wrote of the circumstances surrounding an applicant whose family had donated $8.7 million to the school. “Going forward, I don’t see a significant opportunity for further major gifts. [Redacted] had an art collection which conceivably could come our way.” He ended the email by suggesting the applicant receive a ranking of “2,” according to the Harvard Crimson , the school’s student newspaper, a relatively high rating (though not the highest) an applicant can receive in the college’s admissions process.

The relationship between donations to a school and a student’s chances of admissions is one of the most explicit examples of the role money plays in the college process. But there are also more subtle ways wealth influences elite college admissions.

Over the past several years, top schools have worked to increase the number of students of color, low-income and first-generation college students in their ranks. But in many ways the current structure of elite college admissions still exacerbates inequality in the higher education system. Most students and most low-income students in particular attend colleges with few resources.

Despite elite colleges’ efforts to diversify, they are still limited in their ability to serve as true engines of economic mobility, said Mark Huelsman, a senior policy analyst at Demos, a left-leaning think tank.

“It does go against what we think higher education should be and it goes against our belief in a meritocracy,” he said.

Here are some examples of the role wealth plays in the college admissions:

In the K-12 system, students from families with more money tend to attend better schools, either because they can afford a private school or because they live in an area where the public school is well-funded. These students are more likely to have access to resources like high-level courses and more personal college counseling that can give them a leg up in the admissions process, said David Hawkins, the executive director for educational content and policy at the National Association for College Admissions Counseling.

The focus on SAT and ACT scores

While some colleges have started to give students a choice as to whether they submit their standardized test scores with their applications, the bulk still require them. And research indicates that success on the tests correlates strongly with wealth.

Families with money are more likely to be able to pay for their students to take test prep courses and to sit for the test multiple times to raise their scores as high as possible. In addition, students who come from families and communities experienced in the college process often have a different approach to the tests than students from less-resourced backgrounds, said Faith Sandler, the executive director of the Scholarship Foundation of St. Louis, which works with low-income students during the college application and selection process.

“They haven’t even been told you have to take it five times until the score is where you want it to be,” she said. “It’s not they couldn’t perhaps have scored higher had they taken it a number of times, but really ‘what is the importance of this test and why should I care’ was never communicated.”

In addition, wealthy students are also more likely to have access to other resources that can help juice their application, like independent college counselors and tutors who can help tweak their materials, Sandler said.

Pressure to keep a school’s costs in line

Very elite colleges, like Harvard, have the resources to fully support any students they admit who can’t afford to pay tuition. But other, less wealthy selective schools still face budget pressures that can be mitigated by enrolling wealthier students.

Flagship public colleges have faced revenue challenges over the past several years as states spend less on public higher education. “That biases you towards a group of people that have more money to pay for college,” Huelsman said, including out-of-state and international students.

At both public and private colleges, tuition revenue is crucial to their budget, which means officials are often playing a “delicate balancing act” between offering opportunities to students who can’t afford to pay full price and others who can, Hawkins said. That financial pressure can be in the back of officials’

“You won’t get many colleges telling you that they outright consider a family’s income in the application review process,” Hawkins said. “What you will see is that colleges have ways of knowing or making a really good guess as to where a student comes from based on Zip code, high schools — obviously students from expensive private schools are a dead giveaway.”

That financial pressure also means that colleges want to be sure that as large of a share as possible of the students they admit actually decide to attend, which means they place a lot of emphasis on a student’s “demonstrated interest” in a school, Hawkins said.

One big — and expensive — way students demonstrate interest in a college: By visiting. Though some colleges have started flying low-income students in to visit their schools, it’s still not the norm. That means low-income students are essentially shut out from an advantage in the admissions process, even though a visit “may or may not be any indication of whether you’re a match for the institution,” Sandler said.

Colleges are generally aware of the economic reasons why a student might not be able to visit an institution and may give that some consideration, Hawkins said. Nonetheless, “you have a lot of upper-income kids walking around campus prior to applying and that can make a difference,” he said.

The Harvard case has brought renewed attention to the practice of giving preference to applicants with family members who attended a school, which is common in the world of selective admissions.

By nature of the fact that these applicants are children of people who attended a selective college, they’re more likely to be well-off, Hawkins notes.

“It’s the affirmative action that no one talks about,” Huelsman said of legacy admissions.