Has the coronavirus selloff created a stock-buying opportunity, or is it too early? Here’s what analysts and strategists are advising 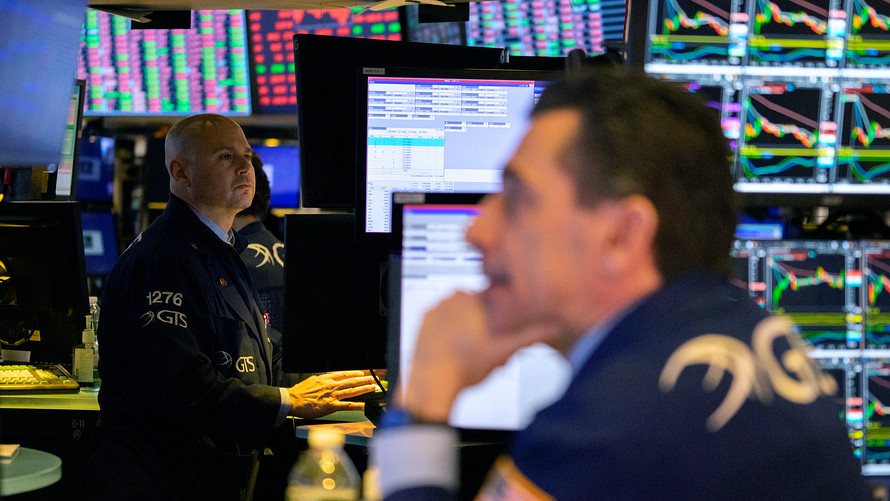 Getty Images
To buy, or not to buy — that is the question.

The outbreak of COVID-19 has bludgeoned risk assets and sent those perceived as havens — gold and government bonds, for example — to new heights. And the landscape that has emerged since the emergence of the coronavirus-borne disease late last year in Wuhan, China, is increasingly uncertain.

That dynamic has left many investors, traders, analysts and strategists to question whether the timing is right to buy into a market that has been prone to stunning day-to-day and even intraday swings over the past month.

See: ‘We are giving up on energy,’ say Jefferies analysts, who go on to compare the beaten-down sector to the ’62 Mets

Meanwhile, the 10-year Treasury note /zigman2/quotes/211347051/realtime BX:TMUBMUSD10Y +0.12% has been at the head of a global rally in debt prices that has sent yields, which move in the opposite direction to prices, to historic lows. Demand for the perceived safety of bonds pushed the benchmark 10-year note to an all-time low at 0.684% on Friday, according to FactSet data. Safe-haven goldhas been surging, making its largest one-week upward move since October 2011.

Against that backdrop, investors are asking themselves whether the time is ripe to scoop up assets that might be viewed by some as attractively discounted, would it be wiser to continue to pile into safe plays, given deep concerns about the economic impact of the viral epidemic on global supply chains, and changes in behavior that could have lasting impacts on economies around the world?

Here’s how some market participants are thinking about current investment prospects.

‘I’ve been trying to drill home for weeks that there’s no exact historical playbook that comfortably fits.’

Stephen Innes, chief market strategist at AxiCorp, said it’s difficult to position for such an exogenous event upending what had been a bullish market setup. “Geopolitical risks that were characterized by potentially significant but complicated to quantify impacts on fundamentals (statistically these events usually trigger [a 6.5% decline], but short-duration impact three weeks to bottom and three weeks to recover),” he wrote in a Friday note, observing that the coronavirus shock was continuing to play out in markets.

Indeed, overall cases in the U.S. have hit 401, and 17 people have died, according to data compiled by Johns Hopkins University . Around 105,000 people world-wide have been sickened by the disease, which has claimed more than 3,550 lives across the globe.

Innes said his less optimistic scenarios would see the market put in a bottom in about six to seven weeks, with stocks likely falling 15%. In a growth-slowdown case, the market could still be 2½ months from its nadir, which would result in an overall decline for equities of between 15% and 20%.

In a worse-case outcome, the market drops 30%, and that plays out over the next half-year or longer.

“I’ve been trying to drill home for weeks,” he said, “that there’s no exact historical playbook that comfortably fits. But that there are parallels with past S&P 500 selloffs.”

‘Nonetheless, while it is likely to be a bumpy road ahead, the weight of the evidence in our work suggests stocks should be higher a year from now, even if the short-term path is less clear,” he wrote.’

Keith Lerner , chief market strategist SunTrust Advisory : “This is not a great way to celebrate the 11-year anniversary of the S&P 500’s bull market that kicked off on March 9, 2009,” he wrote Monday as stocks booked their sharpest one-day decline since the 2008 financial crisis.