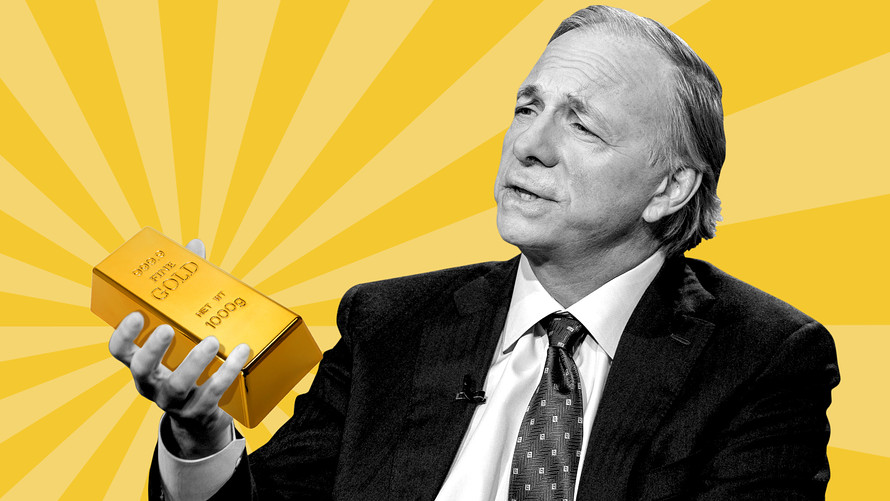 Ray Dalio is jumping on the gold bandwagon. That’s ultimately the take-away of a nearly 7,000-word screed by the founder of Bridgewater Associates posted Wednesday on LinkedIn.

The hedge-fund luminary muses on monetary policy and the markets over the past 50 years and concludes that a raft of central-bank money printing and a Federal Reserve joining a march toward a new zero-bound interest rates — and in many cases negative rates in European sovereign debt — are tantamount to a global “paradigm shift.”

The upshot of Dalio’s prolix “Paradigm Shifts” post: “For this reason, I believe that it would be both risk-reducing and return-enhancing to consider adding gold to one’s portfolio. I will soon send out an explanation of why I believe that gold is an effective portfolio diversifier.”

August gold trading on Comexrose $12.10, or 0.9%, to settle at $1,423.30 an ounce, with some attributing at least some of that fresh buoyancy in bullion to Dalio, as well as weakness in the dollar on Wednesday as fresh fears of a hard exit from the European Union by Britain emerged.

Prices for the most-active contract posted their highest finish since May 14, 2013, FactSet data show.

Dalio isn’t the only hedge-fund heavyweight touting the benefits of bullion. Famed investor Paul Tudor Jones declared gold his favorite bet for the next year or two. “I think one of the best trades is gonna be gold. If I had to pick my favorite [bet] for the next 12 to 24 months, it’d probably be gold,” he said during a recent Bloomberg Markets interview .

Bridgewater Associates manages some $125 billion, making it the world’s largest hedge fund, which has conferred a certain authority on Dalio’s views on markets and the global economy.