Other attempts at cost control having minimal effect on system 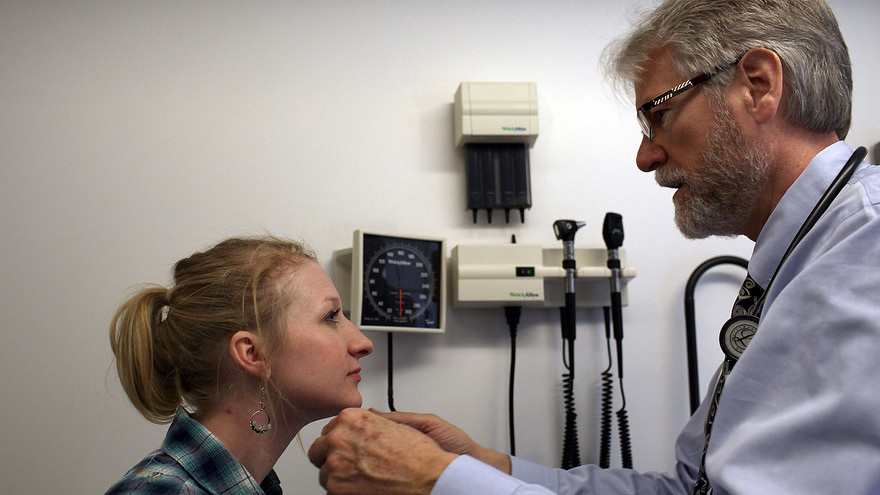 Getty Images
Data about prices and quality of care can give patients more negotiating power.

This is the last installment in a four-part series.

LOS ANGELES (MarketWatch) -- Health analysts agree that it’s time for the patient to start being more of a consumer.

Obamacare, controls on Medicare spending, cutting back on malpractice litigation, more preventive care and even healthier lifestyles have all been touted as ways to cut costs in the health-care system. But together they’ve made little more than a dent in the ever-rising cost of health care, which has been outpacing inflation for decades.

Mark Smith, 61, a self-employed documentary and commercial producer in Jersey City, N.J., has been paying for an individual policy for his family for several years. He says he’s been seeing 16% increases in his premiums every year, sometimes more. His last increase would have put his monthly premium at $1,850 a month, even though it’s just him and his wife on the policy now.

“It will always outpace whatever the economic conditions are, by a lot,” he said. “I don’t have an infinite budget for health insurance.” So Smith is opting out of the individual market and latching on to a health plan through his wife’s new job, which should cut his monthly premiums down to $500.

Health reforms will have little meaningful effect on prices that continue to outpace inflation unless consumers get in the game and start to push back, experts say.

“Consumers absolutely have more power than they take advantage of today.”

They agree that if the U.S. is to maintain a free-market style of health care, those who buy health plans need to be active players in the system. Just as they would when buying a car or purchasing groceries, health-care consumers need to have enough information to know what a fair price is and to have enough leverage to demand that price.

“You can’t be a citizen any longer and not realize there are no more magical solutions to these problems,” said Dr. Reed Tuckson, a former executive for UnitedHealth Group Inc. and the American Medical Association, now an industry consultant. “The increase in Medicare expenditures is so huge. And there’s no way that you’re going to have any kind of taxation that could possibly solve that dilemma.”

Accomplishing the task of becoming price-conscious won’t be easy, however, for a group of consumers that for decades had insurers screen their costs for them.

Tools for consumers, but few use them

The consumer-patient is struggling to get to his feet, though.

Already a nascent industry of online assistance in determining fair prices and competent doctors is available, but it’s not getting a lot of attention just yet. Consumers are still finding their way at determining true value in their health care.

“In general, they’re just not very good at it,” said Mitch Rothschild, chief executive of Vitals , which offers reviews on doctors. Patients haven’t fancied themselves as consumers in the past when they’ve visited a physician, and most still aren’t used to the idea, he said.

For those that do get used to it, the number of tools is growing. To name just a few examples; ChangeHealthcare.com provides estimates on how much a particular insurer will pony up for a medical procedure, to give consumers an idea of what carriers think is a fair price and what they might expect to pay.