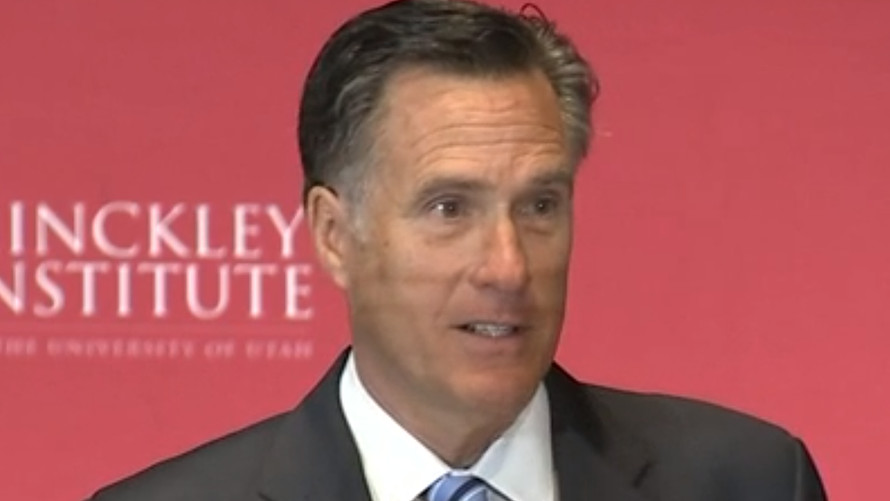 Romney, the GOP’s 2012 nominee, also lit into Trump over his economic ideas, saying they would cause a “prolonged recession” for the U.S. economy. Among Trump’s other ideas, Romney hit his plans to impose tariffs on goods made overseas by U.S. companies that are then imported into the U.S.

Much of Romney’s attack focused on Trump’s policies, including foreign policy. Trump has repeatedly called for building a wall along the Mexican border with the U.S. and having Mexico pay for it. Romney called Trump’s foreign policy “very, very not smart.” (Romney came in for some mocking for his word usage on that line.)

But Romney didn’t shy away from getting personal about Trump, in a departure from the 2012 nominee’s typically mild manner. He said Trump lacked the integrity to be president and that “dishonesty” is Trump’s hallmark. He even bashed Trump for misogyny and “absurd third-grade theatrics.”

The speech was a remarkable contrast with the last presidential campaign, in which Trump endorsed Romney by saying “Mitt is tough, he’s sharp, he’s smart.” The two men have since begun feuding, with Romney calling on Trump to release his tax returns and Trump calling Romney a “two-time failed candidate” who is the wrong messenger for the Republican Party.

Trump and the other Republican presidential hopefuls will debate Thursday night in Detroit. Fox’s Kelly will be among the moderators. 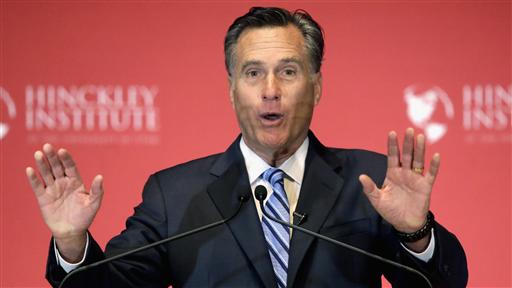