The U.K. election: Here’s everything investors need to know 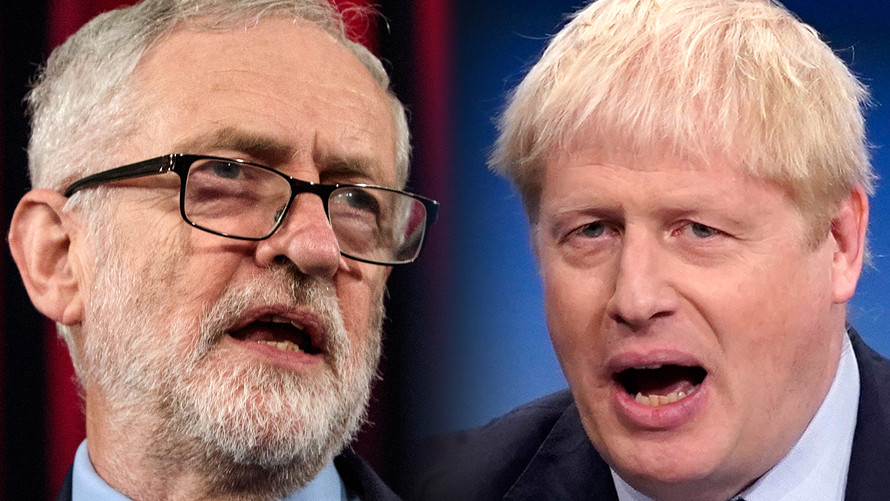 Getty Images
Jeremy Corbyn, Labour leader, and Boris Johnson, the prime minister and Conservative Party leader, will battle it out in the U.K. general election this week.

It may seem as if Britain has been mired in political turmoil forever, but the stalemate over Brexit and the U.K.’s future may finally be about to come to an end. Political uncertainty over the past 3½ years has caused unprecedented volatility in the pound /zigman2/quotes/210561263/realtime/sampled GBPUSD +0.0883% as well as domestic stocks.

The pound has climbed to $1.35 from below $1.29 at the beginning of December, as the exit polls on Thursday night predicted a strong Conservative victory. But the result could still have a major impact on world markets and currencies. What happens next and the implications are explained here:

How did we get to another election in less than three years?

To predict the future it’s important to understand the past. Britain’s last election in 2017 ended with Theresa May’s small majority disappearing altogether and the Conservatives relying on a key group of Northern Ireland politicians — the Democratic Unionist Party — for a governing majority. This lack of a majority hindered May and her plans to pass legislation, including Brexit, through Parliament.

Three failed attempts to get her EU-supported Brexit deal approved by MPs led to May’s resignation in June this year — three years on from the referendum.

After months of playing hardball and insisting Britain was prepared to leave the EU without a deal on Oct. 31, Johnson struck a deal with Brussels on Oct. 17. However the new prime minister faced similar problems to his predecessor as parliamentary opponents attempted to block and delay the deal.

MPs finally voted for a second reading of the government’s withdrawal bill — the Brexit deal — but felt the three days allocated to scrutinize the bill was not enough and voted against the deal’s timetable. Lawmakers also forced the Conservative leader to ask the EU for an extension.

Frustrated by the deadlock and with the delay taking proceedings beyond the crucial Oct. 31 deadline, Johnson decided to let the people decide and won a vote for a general election — at the fourth time of asking. The prime minister hopes a new set of MPs will break the political impasse and approve a Brexit deal by the new deadline of Jan. 31. His opponents hope the election will bring an end to Johnson’s tenure, with Jeremy Corbyn’s Labour Party promising a public vote on a new Brexit deal and the Liberal Democrats, led by Jo Swinson, pledging to scrap Brexit altogether.

What does this mean for financial markets?

A Stock Market Almanac study pointed out that the Conservatives and Labour won nine general elections each between 1945 and 2010. In eight out of the nine years following a Conservative victory the FTSE All-Share index rose, with an average 10.8% gain. The market rose in just three of the nine years following a Labour win, with an average negative return of 5.8%. The same study highlighted that returns tend to be negative in the month and week before an election, while returns after an election tend to be low.

However, none of those elections featured Brexit, and the 2019 vote will have its own set of factors and consequences for equities and the pound.

Sterling /zigman2/quotes/210561263/realtime/sampled GBPUSD +0.0883%   /zigman2/quotes/210561278/realtime/sampled GBPEUR -0.2045% has been up and down in recent weeks as investors have reacted to the latest election polls. The pound dropped at the end of November after two election polls showed that Boris Johnson’s lead had narrowed, demonstrating investors’ fear at the prospect of a Labour government under Jeremy Corbyn. However, a closely followed YouGov poll that successfully predicted the outcome of the 2017 election called a Johnson win with a 68-seat majority, sending the pound back up above $1.29. Another poll on Saturday cut Johnson’s lead in half, and the pound retreated on increased chances of a hung Parliament (where no party reaches the 326 seats needed for a majority).

With the polls predicting a Conservative win, attention will turn to the size of the majority that a returning Johnson government might hold in the House of Commons.

“The market’s conviction over the margin of victory ought to be observed through the pound. The stronger the pound the more convinced that the ruling Conservatives will be able to deliver a Brexit deal through Parliament,” said Sean Darby, global equity strategist at Jefferies.

A convincing victory for Johnson would make it easier for the prime minister to get a Brexit deal approved by MPs and ensure Britain leaves the EU by the new deadline of Jan. 31.

Despite Brexit Deal, the U.K. Still Wonders When It Will Leave the EU

ING’s chief EMEA FX strategist Petr Krpata said such a scenario would see the pound reach $1.33 over the next couple of months

“As current polls are predicting a non-negligible lead of the Conservative Party (and it achieving a Parliamentary majority), such an outcome should be beneficial for sterling as it would sharply increase the odds of the Withdrawal Agreement being ratified in Parliament and thus reduce the Brexit uncertainty.”

Markets may consider a Labour victory unlikely, but Corbyn entering Downing Street would have a huge impact on both the pound and U.K. stocks.

The FTSE 100’s oil and gas majors would also be affected by an £11 billion one-off tax, which would be used with a goal to create a million green jobs.

A small majority, or even a hung Parliament, would diminish the chances of breaking the Brexit deadlock. Such an outcome would see uncertainty return along with the prospect of a no-deal Brexit — sending stocks and the pound plunging.