Here’s how Goldman says the S&P 500 would react to more U.S.-China tariffs and why November’s election result is key 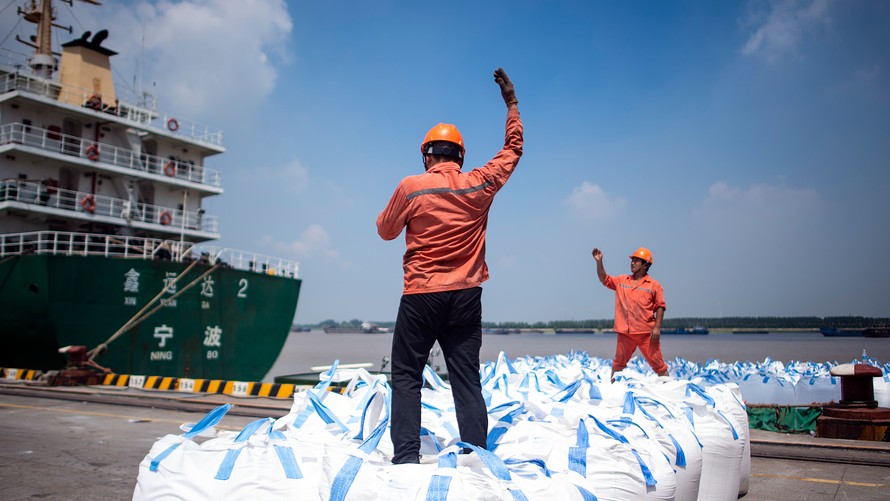 Getty Images
Tensions between the U.S. and China have risen in recent weeks.

Bubbling tensions between the U.S. and China, reignited by a dispute over video-sharing app TikTok and further escalated through Hong Kong sanctions , have seemingly taken a back seat for now but are never far away from investors’ minds.

Goldman Sachs analysts have mapped out the expected responses of key assets to various trade war scenarios, including more tariffs. The estimates are based on analysis of seven tariff announcements aimed at China in 2019, three of them intensifying and four reducing the tariff risk.

The disproportionate response was down to the perceived threat of Chinese retaliation and broader risks to trade policy. Conversely, a $30 billion reduction in tariff revenue would lead to an estimated 4% rise in the S&P 500.

Analysts Dominic Wilson and Vickie Chang said the estimates could be used to benchmark the potential impact of a Joe Biden presidency versus a Trump second term.

“A second Trump term would likely see some prospect of continued, and perhaps increased, fear of ongoing tariff increases, particularly given the deterioration in U.S.-China relations over the course of the last few months,” they said.

“While a Biden presidency is unlikely to improve the outlook for the broader U.S.-China relationship, it is less likely a new administration would regard tariffs threats as the “weapon of choice” and might instead favor a more multilateral approach,” they added.

Goldman said the impacts estimated were only those due to trade policy alone, but also said trade policy shifts under Biden could mitigate pressure on U.S. stocks from potential corporate tax changes.

This chart from Fundstrat Global Advisors shows that daily cases in the U.S. are continuing to fall week on week, with yesterday being the lowest Monday in six weeks, and the lowest overall since June 29. 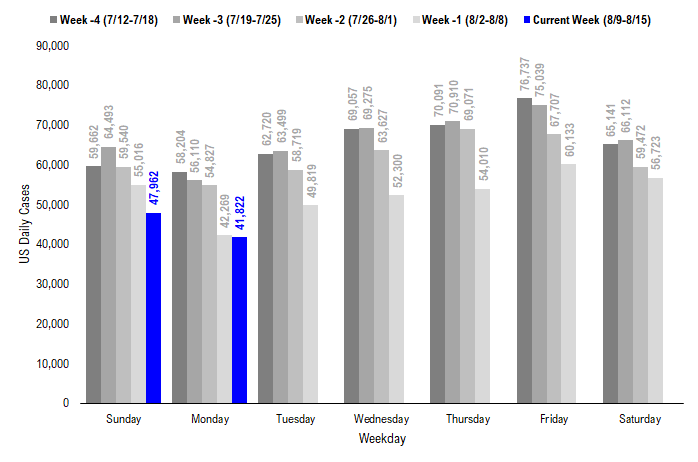