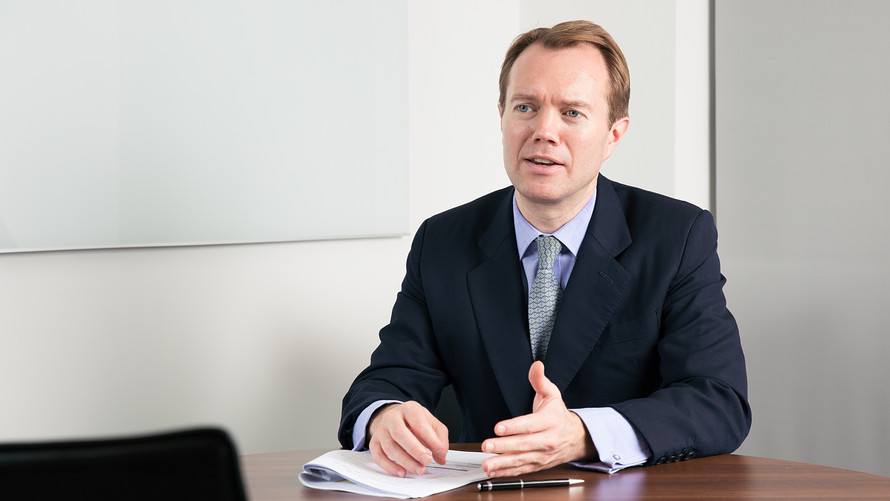 In the early days of the pandemic-driven lockdowns, the telephones at Julius Baer were ringing off the hook as markets around the world plunged in response to what looked like the biggest crisis since 2008, if not before.

David Durlacher, chief executive of Julius Baer International, the U.K. arm of the 130-year old Swiss private bank, raced to coordinate his relationship managers as they fielded hundreds of calls from panicked rich clients wanting to know what to with their money.

“It was an unnerving time for clients, and we were working flat out to encourage them not to take rash decisions,” Durlacher said in an interview with MarketWatch. “Our role as wealth managers was to pull back from the noise and encourage clients to take the long view.”

At a time when face-to-face meetings haven’t been possible, that often meant sitting with clients in their homes via videoconferencing, creating a strange sort of intimacy as some showed their full distress.

“Some of our clients have really struggled with mental health, while others have been remarkably robust. They are real people and the crisis reminded us that we need to obsess about them, Durlacher said.

Since taking up his role in 2016, Durlacher has been on a mission to scale up Julius Baer /zigman2/quotes/200448666/delayed CH:BAER +1.54%  in the U.K. to help steer the firm — which is currently Switzerland’s third largest wealth manger and manages assets of just over CHF400 billion globally — through its next stage of growth.

That pursuit started with opening new regional offices in Manchester and Leeds in 2018, as well as a regional head office in Edinburgh, followed by a Belfast office in early 2019.

In August, he reshuffled the U.K. management team, appointing its London head Alan Hooks to the newly created role of head of private clients and promoting Gordon Scott to head of U.K. regional offices.

“The growth has been unprecedented in the regional offices. There was a clear need for proximity and people have valued the fact that we understand the local economy,” Durlacher said.

Collectively, Manchester, Edinburgh, Birmingham, and Bristol have a fifth of London’s multimillionaire population, according to a report by New World Wealth .

But the real prize is London itself — which according to New World Wealth has 10,760 “multimillionaires,” classed as those with more than $10 million. It is these people — many of which are entrepreneurs — that Durlacher is hoping to capture, and to help achieve that, the firm has been investing digitally.

Wealth management firms, Durlacher noted, are dealing with legacy systems and increased complexity, part of which is due to the evolving regulatory landscape. “That has led to more and more manual processes being put in place — industry speculation suggests that up to 50% of advisers’ time is no longer spent in front of clients — hence the requirement for the industry to invest in digitalization,” he said.

Over the past five years, the bank has invested more than CHF1 billion ($1 billion) in digitization efforts and has plans to increase its technology investments by 20% in 2020 and 2021.

Much of that has gone into a digital tool known as the Digital Advisory Suite (DiAS) — which is aimed at reducing time spent on increasing amounts of regulatory requirements, so they can focus on relationships. DiAS also allows it to make tailor-made investment recommendations.

Julius Baer doesn’t break out its U.K. profits, but a surge in trading helped the firm achieve record profits in the first half of 2020. Maintaining that momentum in the second half of the year could prove to be more challenging, some analysts say, as the pandemic likely intensifies an existing squeeze on profit margins.

Keeping costs as low as possible is a key focus for Durlacher, which hasn’t been easy amid the pandemic and the tightening regulatory environment for the industry.

In February, the Swiss Financial Market Supervisory Authority (Finma) found that Julius Baer fell significantly short in combating money laundering between 2009 and early 2018. The shortcomings arose in connection with alleged cases of corruption linked to Petróleos de Venezuela SA (PdVSA), a state-owned oil and gas group, and world soccer body FIFA, resulting in enforcement proceedings on the part of Finma, which it said were now concluded.

Finma instructed Julius Baer to improve its controls and appointed an auditor to oversee the group.

“Regulation has created issues for the industry and that process has been healthy for clients,” Durlacher said, explaining that these changes have provided better safeguards.

Read: Here’s why the biggest wealth managers have an advantage

When it comes to scaling up the U.K. operation, an acquisition would be the quickest route — which is what Julius Baer did in 2012 when it acquired the overseas wealth management business of Bank of America Merrill Lynch /zigman2/quotes/200894270/composite BAC +1.06%  for around $880 million, instantly giving it offices in eight new markets globally.

But mergers and acquisitions is a path that Durlacher currently seems reluctant to follow, citing the high multiples wealth managers are trading at and the expensive premiums being paid for deals as a barrier to deal making. He said that the firm will continue to keep an eye out for opportunities, but stressed that his focus in the short term remains on organic growth.