Here’s one more reason why October is looking muddy for U.S. stocks 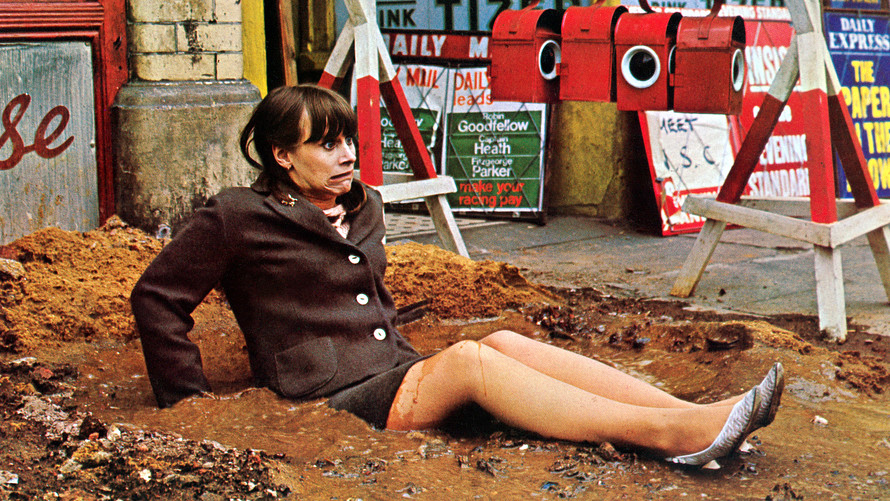 There’s too much optimism on Wall Street. That’s surprising, since impeachment news and increased recession odds ought to have sent all but the most die-hard bulls into the bears’ camp.

Last week, the Institute of Supply Management’s gauge of factory activity fell to its lowest level in a decade. Service-oriented companies (the sector that employs a large majority of Americans) experienced their slowest growth in three years.

These developments (and more) saw the Dow Jones Industrial Average /zigman2/quotes/210598065/realtime DJIA -0.67%  shed more than 800 points over the first two trading days of October. That’s the worst start to a calendar quarter since 2008.

Yet only a few of the short-term market timers I monitor have thrown in the towel. That’s not encouraging for U.S. stocks from a contrarian point of view.

Consider the average recommended equity exposure level among these short-term timers (as measured by the Hulbert Stock Newsletter Sentiment Index, or HSNSI). This average currently stands at 23.2%, which is five percentage points above where the index stood at the beginning of September — when the Dow was higher than where it stands now. (See chart, below.) 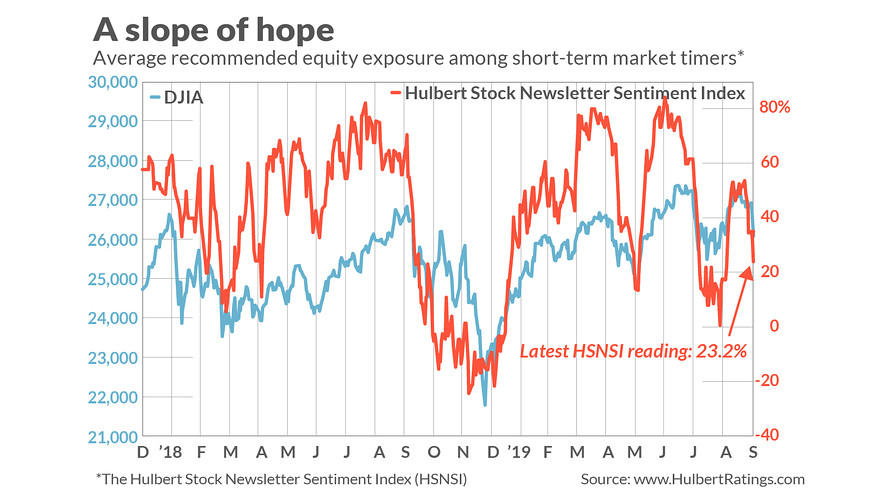 Since the normal pattern is for bullishness to rise and fall more or less in lockstep with the market, the market timers’ relative bullishness is an ominous contrarian sign.

How far must the HSNSI fall before contrarians will conclude that the market is at a low-risk entry point for a short-term trade? Preferably into negative territory, which exists whenever the average short-term timer is highly bearish and recommending that clients short the market. At its low at the end of 2018, for example, the HSNSI fell to minus 21.7%. From that low, the Dow turned in a four-month rally of some 22%.

To be sure, the market has staged rallies that started from less-negative HSNSI readings. But those rallies have tended to be less explosive.

One way to put the market-timing community’s current sanguine attitude in perspective is to compare it to the mood at the analogous stage of the impeachment inquiry into then-President Richard Nixon. It was on Feb. 6, 1974, that the House of Representatives voted to give the Judiciary Committee the authority to open its impeachment inquiry, and though the timers’ mood wasn’t then as dark as it would be in subsequent months, it was already quite gloomy.

We know because of the “Advisors Sentiment Index” maintained by Investors Intelligence . That index reflects the percentage of monitored market timers who are outright bullish, outright bearish, or bullish but expecting a near-term correction. On Feb. 6, 1974, just 31.6% of timers were outright bullish, while 50.9% were bearish.

In contrast, Investors Intelligence today shows just the opposite: 55.3% are outright bullish, versus 17.1% who are outright bearish. (This survey is updated weekly, with these latest readings reflecting timers’ opinions as of the beginning of this week. The HSNSI is updated daily; it is telling a largely similar story.)

The bottom line: Believing the stock market rout that started October has no further to go is a triumph of hope over experience. And hope is not a strategy.

More: This widening crack in the mortgage market could sink U.S. home prices