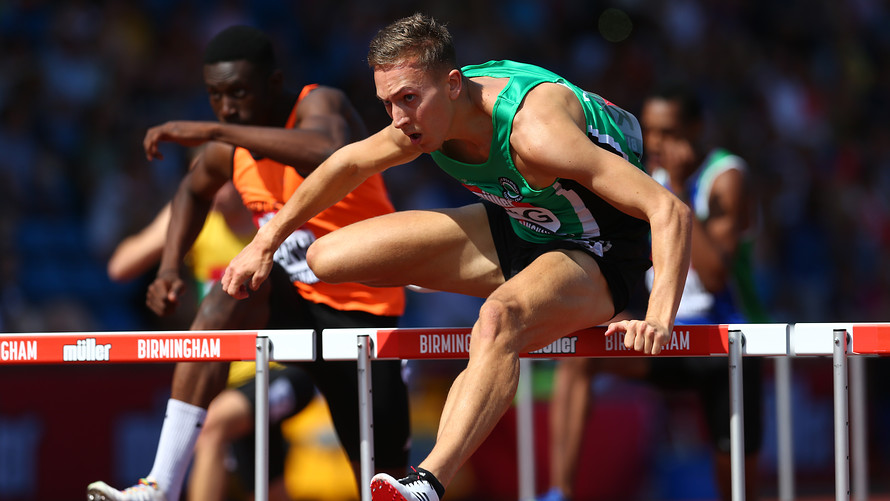 The 10-year Treasury yield’s slide has left a scorched path in its wake as bond-market forecasters struggle to make sense of its precipitous drop.

Investors now say the 10-year Treasury yield only has one more psychological level to breach before it makes history — its all-time low of 1.32% established in mid-2016.

“The general consensus isn’t will we see fresh record lows on the 10-year Treasury yield, but how soon will it happen,” wrote Edward Moya, senior market analyst for OANDA, in a Thursday note.

Up to now, many Wall Street prognosticators who rely on economic fundamentals analysis to make forecasts have balked at the velocity of the bond-market’s rally. After all, the recent slide in long-term yields, a move that would indicate imminent recession worries, has come at a time when the U.S. economy was still growing at a healthy clip. The latest revision of the U.S.’s second-quarter economic performance showed the economy had grown by 2%, below the 2.1% initially reported.

Nonetheless, the 10-year bond yield /zigman2/quotes/211347051/realtime BX:TMUBMUSD10Y +0.77%  this year has given up more than 1.2 percentage points as of Tuesday, with nearly half of that move having taken place in August alone, according to Dow Jones Market Data.

The benchmark bond maturity tumbled 6 basis points to trade at 1.441%, after a below-50 reading in the Institute for Supply Management’s manufacturing gauge indicated factory activity had contracted in August. 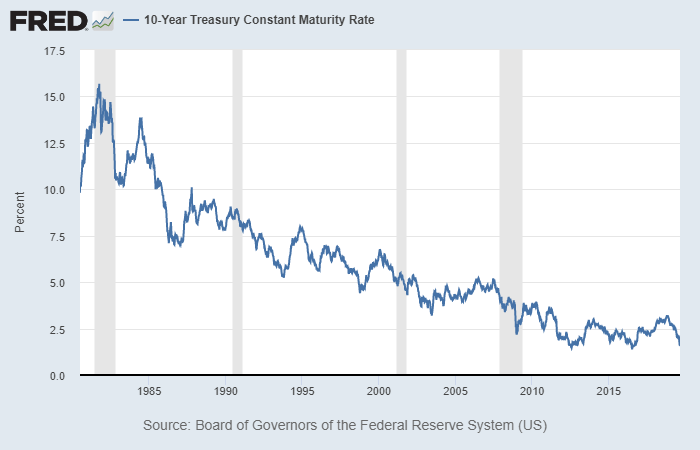 This drop in long-term yields has pushed the benchmark below its short-term peers, inverting the so-called yield curve, a widely-watched recession indicator.

Slower growth can boost appetite for long-term government bonds and drive their yields lower as a weaker economy can alleviate fears around inflationary pressures, a bugaboo for bondholders who worry that higher consumer prices will erode the value of their bonds’ fixed-interest payments.

Meanwhile, stocks have mostly overlooked the bond-market’s recession concerns. The S&P 500 index /zigman2/quotes/210599714/realtime SPX -4.42% remains only off a few percentage points away from its all-time closing high of 3025.83 set on July 26.

Investors say the drop in long-term bond yields underlines the depth of concerns around the U.S.’s economic prospects even as the nation has mostly weathered its trade war with China. Tumbling yields also reflect skepticism among traders who do not expect the Federal Reserve to stick to its knitting on July’s rate being a sole mid-cycle adjustment, and not the first step toward a full-blown easing cycle.

“The continued grind in global yields is telling a message with regards what the expected growth profile for the developed world is looking like, and what type of yield is available to support it,” said Marvin Loh, senior global markets strategist at State Street, in an interview with MarketWatch.

The drop in bond yields has, in turn, powered rich gains for investors betting on the bond rally to continue, with the iShares Core U.S. Aggregate Bond exchange-traded fund /zigman2/quotes/200660887/composite AGG +0.02%   sitting on a total return of nearly 10% year-to-date.

The bond-market benchmark index is mostly composed of investment-grade debt, with a significant weighting in government bonds with extended maturities.

In 2016 when the 10-year Treasury yield carved its all-time low, the U.K. had voted to leave the European Union and the U.S. was still recovering from the collapse of oil prices. The combination of geopolitical jitters and global growth worries convulsed global stock markets and sent money managers diving into the safety of long-term government bonds.

A similar backdrop has also played out today. Geopolitical jitters and global growth worries resulting from protracted protests in Hong Kong, the rising probability of a no-deal Brexit arrangement, and most important, a U.S.-China trade war are only a few factors that have spurred inflows into haven assets.

The renewed talk of whether the benchmark bond will push below the previous all-time low indicates how U.S. data has played a secondary role to the overwhelming global gloom shadowing investors who see bonds as an insurance policy for market distress.

“Going to the [all-time low] would represent peak fear for investors,” Colleen Denzler, an investor at Smith Capital, told MarketWatch.

It would also merit watching how the bond market gets to the all-time low, said Loh.

If inflation-adjusted yields push lower, dragging down the benchmark bond rate, it could indicate a broader issue of a lack of inflationary pressures. But if a stock-market selloff pushes the 10-year Treasury yield over the edge, the benchmark maturity is unlikely to maintain its perch.

Get news alerts on S&P 500 Index and iShares Core U.S. Aggregate Bond ETF — or create your own.