Here’s what the rest of the year may hold for the stock market, according to the analysts who got the pandemic call right 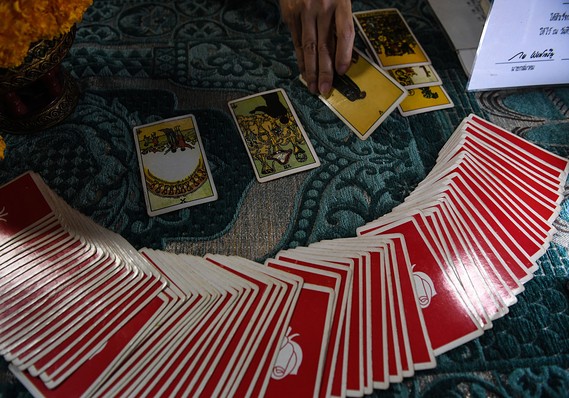 AFP/Getty Images
They’re not fortune tellers, but these analysts had an early call about the pandemic that .

There’s a lot of uncertainty in financial markets right now — and a lot of vacillating, which can sometimes feel like the same thing. Many analysts believe markets will bounce back and forth for some time, driven by headlines, not fundamentals, until some big issues — the U.S. presidential election, a COVID-19 treatment, just to name a few — are resolved.

The third-quarter outlook from BCA Research is a bit more resolute, however.

The firm, led by its chief global strategist, Peter Berezin, acknowledges the “nervous” tenor of trading patterns right now, but adds: “Nevertheless, we would ‘buy the dip’ if global equities were to fall 5% to 10% from current levels. While the pace of reopening will slow, there is little appetite for the sort of extreme lockdown measures that were implemented in March. The U.S. Congress will ultimately extend fiscal support for households and firms. Around the world, both fiscal and monetary policy will remain highly accommodative, which should provide a supportive backdrop for stocks.”

It’s worth noting that the BCA team has gotten at least one big call right recently. In February, right as stocks (S&P:SPX)  struck an all-time high, BCA cautioned that investors were likely being too complacent about the possibility of a global pandemic.

Here’s a bit more of what BCA is thinking for the third quarter and beyond.

• Coronavirus will continue to take a toll, sometimes tragic, on the world, but “we are unlikely to see the sort of broad-based economic dislocations experienced in March” as mask-wearing and other preventative measures are adopted and because the medical community is better equipped to handle flareups, they say.

• The U.S. Congress will extend emergency benefits, despite some of the current heavy breathing about reining in government spending and the illogic of letting people earn more from unemployment than they did on the job. “Politically, stimulus remains very popular,” the analysts wrote. “Unlike during the housing bust, there has been little moral handwringing about bailing out households and firms that ‘don’t deserve it.’”

• Despite an overall bullish landscape for riskier assets, there will be “considerable near-term dislocations, particularly for airlines, hotels, commercial real estate operators and developers, and associated lenders to these sectors” as the world stays hunkered down and considers permanent changes to old ways of doing things, like business travel and working in offices.

• For all that, global stocks will be higher 12 months from now, for many reasons: monetary stimulus, trillions of dollars of “cash on the sidelines,” and perhaps more bad news priced into markets than many investors would believe, Berezin’s team wrote.

Related: Sustainable-investing flows have smashed records in 2020. What’s going on?

How can those ideas be put into action?

Remain overweight stocks (DOW:DJIA)   versus bonds (XTUP:BX:TMUBMUSD10Y)   over the coming 12 months, the BCA analysts suggest, with a weighting toward cyclical sectors over defensives and non-U.S. stocks over domestic selections. The dollar (IFUS:DXY)  will continue to weaken, which will boost commodity prices. Also, look for both WTI (NYM:CL00)   and brent crude (IFEU:UK:BRN00)   prices to rise much more than futures markets currently suggest: BCA’s own forecast is for a price between $60 and $80 for both benchmarks into 2021.

Read next: Forget earnings season. What’s the rest of 2020 going to look like?