Netflix, Hulu, Amazon and Apple roll out the big names — and big budgets — with March releases 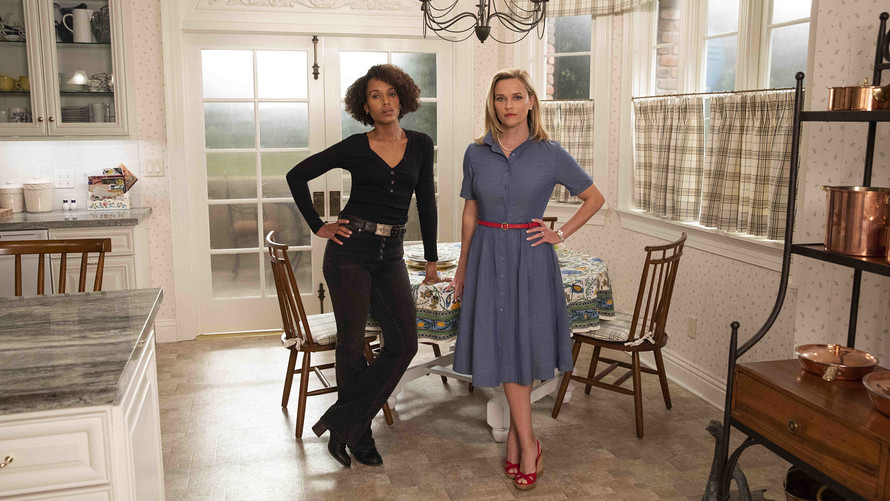 While March doesn’t have a huge volume of new series and movies (Netflix excepted), it seems almost every streaming service has one or two or three high-quality, highly promising and star-studded new offerings — and budget-minded consumers might have to face the fact that if they want to see all the good stuff, they’re going to have to splurge a bit. For a month, at least.

As we have previously mentioned, consumers can take full advantage of cord-cutting by capitalizing on the ability to add and drop streaming services each month, and all it takes is good planning and timing. Remember, a billing cycle starts when you sign up, not necessarily at the beginning of each month.

Free possibilities aside, when it’s time to decide where your subscription dollars should go, What’s Worth Streaming will be here to help. We will rate each major streaming service every month as a “play,” “pause” or “stop,” similar to investment analysts’ ratings of buy, hold and sell, and pick the best content that will help you make your monthly decisions.

Here’s a look at what’s coming to the various streaming services in March 2020, and what’s really worth the monthly subscription fee.

After a year-and-a-half hiatus, the super dark (in both tone and lighting) “Ozark,” starring Jason Bateman and Laura Linney, returns for a third season (March 27). It’s reportedly one of Netflix’s most-watched shows , and Season 3 will doubtlessly feature more terrible decisions as the Byrde family adjusts from just trying to stay alive to actively leaning into a life of crime as they run their new casino, all the while trying to stay one step ahead of the law, the casino union, and oh yeah, a murderous drug cartel.

Remember the ’80s Robert Urich private-eye show “Spenser: For Hire”? Well, Netflix is rebooting the classic character from the Robert B. Parker novels with a movie, “Spenser Confidential” (March 6), starring Mark Wahlberg as the former Boston cop/ex-con solving mysteries with his buddy, Hawk (Winston Duke, in the iconic Avery Brooks role ). Peter Berg directs, and it looks to be about what you would expect — a pulpy, dumb-but-fun action-comedy. There are a ton of stories in the “Spenser” universe, so if it’s a hit, don’t be surprised if this becomes a recurring movie series.

Amy Ryan and Octavia Spencer are two of Hollywood’s most reliably watchable actresses, and each has an offering in March that will likely be worth watching. Ryan’s “Lost Girls” (March 13) is a based-on-real-events movie about a mother whose dogged effort to find her missing daughter helps uncover a string of unsolved murders on Long Island. Spencer stars in the limited series “Self Made: Inspired by the Life of Madam C.J. Walker” (March 20), the true story of an African-American woman whose haircare empire made her America’s first female self-made millionaire.

Meanwhile, a ton of foreign-language series are coming (sorry, is that a metric ton then?), including Season 3 of Germany’s “Babylon Berlin,” a lavish mystery set in 1929 Berlin which this column heartily recommended last month, before its release date was pushed back to March 1. Then there’s the German miniseries “Unorthodox” (March 26), about a young Jewish woman exploring her identity and building a new life after fleeing to Berlin to escape an arranged marriage by an ultraorthodox sect. It’s based on a bestselling memoir and directed by Maria Schrader, who did the excellent German spy series “Deutschland 83,” and could be very good. Spain’s “Elite” (March 13) is also back for a third season , with rich kids and poor kids scheming away following a murder at a prestigious private school. It has a good “Gossip Girl”-like balance of trashy teen melodrama and super-addictive twists, and there are certainly worse ways to spend a blustery March weekend than by uncorking a cheap bottle of Spanish Tempranillo and bingeing the new season. Also on the binge-worthy radar of international shows that are fun but won’t test your brain: Turkey’s weird, supernatural thriller “ The Protector” (March 6); South Korea’s “Kingdom” (March 13), a zombie thriller set in medieval Korea; and Norway’s horror anthology “Bloodride” (March 13).

Back in the real world, comedian and podcaster Marc Maron has a new stand-up special , “End Times Fun” (March 10), and new seasons of chef David Chang’s food travelogue “Ugly Delicious” (March 6), and “Dirty Money” (March 11), a docuseries about corporate creed and corruption, are on tap.

Read: Here’s everything coming to Netflix in March 2020 — and what’s leaving

There’s a lot more too. As mentioned before, “sheer quantity in March.”

Play, pause or stop? Play. Streaming is a volume game, and Netflix continues to have the most volume.

Amazon Prime Video lacks the sheer volume of originals, but the quality is there. March will add four more that should be worthy watches.

The most high-profile offering is “Making the Cut” (March 27), a fashion-design competition from former “Project Runway” icons Heidi Klum and Tim Gunn. It comes on the stylish heels of Netfix’s “Next in Fashion” and just after the conclusion of a new season of “Project Runway” on Bravo, which threatens to saturate the market for viewers. But the big names, bigger budget and sheer talent of its participants could elevate “Making the Cut.” “I would say ‘Project Runway’ is the undergraduate program, ‘Making the Cut’ is the graduate and PHD program,” Gunn said in January at the Television Critics’ Association press tour. Twelve designers will face off to create the next big global fashion brand, with a whopping $1 million prize on the line. Being as it’s Amazon.com Inc. /zigman2/quotes/210331248/composite AMZN +0.51%  , the winning designs will also be available to buy immediately after each episode airs (10 episodes, dropping once a week after a two-episode debut). Bottom line: Whether you’re into fashion or not, if you enjoy watching very talented people doing what they do best, you’ll probably enjoy this.

Read: Here’s everything coming to Amazon Prime Video in March 2020