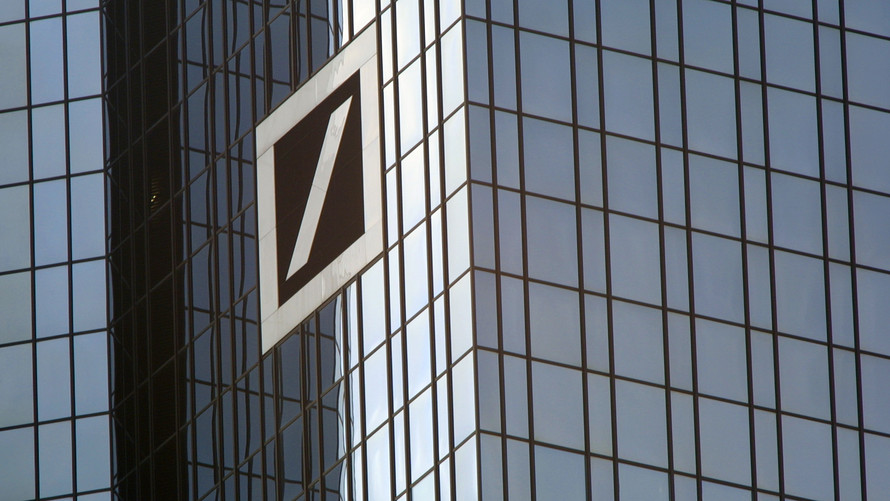 Could a new boss for Deutsche Bank help revive its beaten-up stock?

The lender over the weekend replaced its British chief executive, John Cryan, with the senior German head of its retail bank, Christian Sewing. The move comes after last month’s news that Deutsche Bank Chairman Paul Achleitner was hunting for another CEO.

Sewing has talked tough on his first day on the job, calling for employees to regain their “hunger for business.”

But it could be too soon to turn bullish on the beleaguered German bank’s shares.

In fact, analysts and investors had trotted out plenty of reasons to stay bearish on the stock /zigman2/quotes/207242873/delayed XE:DBK +0.19%   /zigman2/quotes/203042512/composite DB +1.50% before the CEO switch became official, and some of them continued to sound downbeat on Monday.

Shares keep wallowing far below their 2007 peak, while other financial giants have notched new highs in recent years. The stock was up more than 3% on Monday after Cryan’s ouster, but it’s still down 26% this year, putting the company’s price-to-book ratio at 0.4, below rival Commerzbank’s /zigman2/quotes/207286669/delayed XE:CBK -1.59% 0.5.

The final escalation of well-known tensions between Achleitner and Cryan is just a piece of the Deutsche Bank puzzle, but it’s not looking like a buy signal for the stock, which also trades in the U.S. via American depositary receipts.

The bank will not score any operational benefits from the leadership change, and it should have waited until 2020, when Cryan’s contract would have expired, said LBBW analyst Ingo Frommen in a note Monday. He backed his Hold rating on the stock and has a price target of 14 euros ($17.18), implying a rally from the intraday Monday print at €11.75.

Markus Riesselmann, an analyst at Independent Research, said his shop is skeptical that the shift will lead to rapid improvements for the big bank. In a note on Monday, he reiterated a Sell rating on the stock and a price target of €11, implying a decline.

Ahead of Sewing’s promotion, CFRA analyst Firdaus Ibrahim had warned the maneuvering around the CEO job had “intensified the uncertainty on the direction of the company.” In a note dated March 28, he had backed his sell rating on the stock and cut his price target to 10.50 euros ($12.88), implying a dip from the recent print above €11.

While investors might turn more hopeful with a new CEO, Cryan is not the problem, MainFirst analyst Daniel Regli said in a phone interview last month before Sewing got the job. Cryan’s task turned out to be tougher than the market and analysts had expected. Cryan was hired to streamline the bank, cut costs, work through legal troubles, and more. The UBS veteran was named co-CEO in 2015 and sole CEO in 2016. That year brought a $7.2 billion fine from the U.S. Justice Department to settle mortgage-securities probes stemming from the financial crisis, along with a stock selloff sparked by fears around that fine.

What’s needed for a stock turnaround is stabilization of Deutsche Bank’s top line, said Regli, who has had a sell rating and a price target of €10.50. The bank has suffered revenue declines of 10% and 12% in the past two years, according to FactSet data. Management recently cautioned about a hit to first-quarter revenue at its securities business due to a strengthening euro.

Some of the revenue slumps for its units have been tied to external factors, from currency headwinds to lower trading activity that’s been an industrywide challenge. A Wall Street Journal columnist once likened Deutsche to “a parched farmer praying for rain,” with the bank dependent on better markets for growth.

Another problem has been that a C-suite change didn’t look easy to pull off. Analysts fretted about finding candidates for what’s been called the “toughest job in banking.” They highlighted how Achleitner reportedly initially didn’t get takers in talks with other banking bigwigs.

The no-thank-yous inspired mock-confusion from German business newspaper Handelsblatt: “So what is it that has them all running in the other direction? Is it the fact that Deutsche’s COO [Kim Hammonds] just called it the ‘most dysfunctional’ place she’s ever worked? Or could it be the drama surrounding bonuses? Or perhaps all the backstabbing and finger-pointing?”

A few big shareholders were reportedly impatient with Cryan. But other investors and some analysts have said Achleitner deserves blame for the bank’s woes—and worried that a new CEO could make things worse. That’s not a scenario likely to turn around the stock.

This is an updated version of a story that also has appeared at Barrons.com.