Here’s what may be eroding gold’s traditional haven status 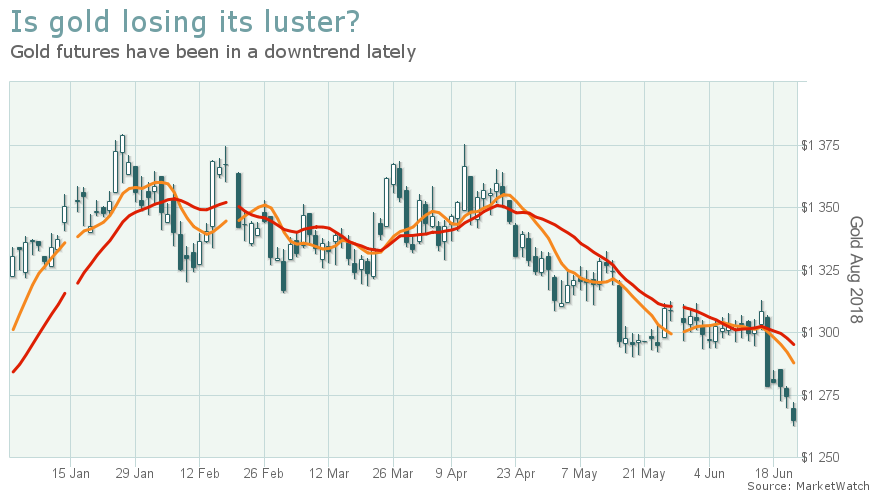 The stock market has been rattled by the threat of a global trade war between two of the world largest economies, creating an environment that ought to draw bidders for gold, underlining its appeal as a haven asset in times of market uncertainty.

However, that hasn’t happened, puzzling a number of traders, who have watched gold futures tumble to a 2018 low, even as hand-wringing over mounting geopolitical risk has accelerated.

“We still cannot understand the response of the gold price in the current market environment of high risk aversion,” wrote analyst at Commerzbank led by Eugen Weinberg, head of commodity research, in a Wednesday research note.

That forms a technical pattern known as a death cross, where the short-term trend line slips beneath the long-term moving average. Many chart watchers believe that a so-called death cross marks the spot a short-term decline morphs into a longer-term downtrend (see the chart below with the 50-day moving average in pink and the 200-day in green): 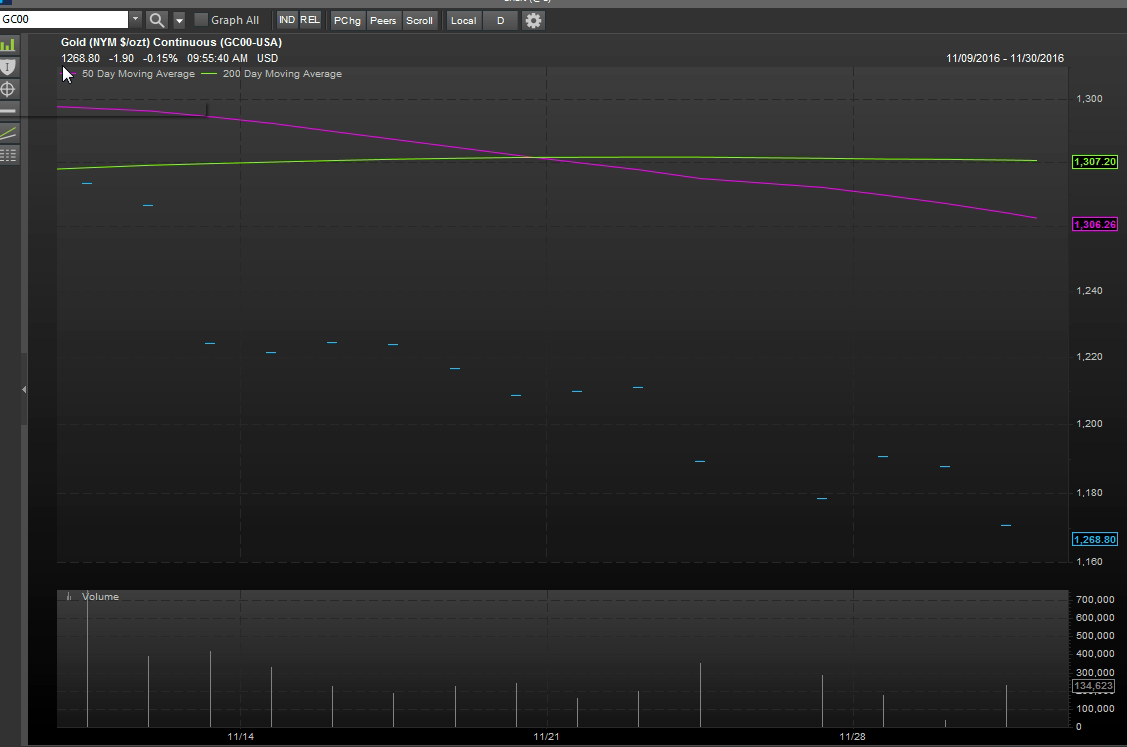 Perhaps, even more vexing is that gold’s decline comes amid mostly sideways to downward trading action for popular equity benchmarks. The slump for gold, for example, comes even as the Dow Jones Industrial Average /zigman2/quotes/210598065/realtime DJIA -0.46%  and the S&P 500 index /zigman2/quotes/210599714/realtime SPX -0.38% traded lower over the past five days. For the month, so far, the Dow is off more than 1.2%, while the S&P 500 is down around 0.3%.

Markets have been jittery as fears have grown over a trade clash between the U.S. and China. Those tensions flared up earlier this week after President Donald Trump late Monday threatened some $400 billion in additional tariffs on Chinese goods. Assets considered risky, like stocks, usually move inversely to gold due to its haven status.

Read: Here’s why trade-war jitters are putting a lid on U.S. bond yields

Also read : Opinion: A Trump trade war could push China to the brink

Why is gold falling as risk sentiment rises?

So, what’s happening to the world’s traditional safety play?

“Sentiment for gold is bearish. Safe haven demand due to the so called ‘global trade war’ is not there,” Chintan Karnani, chief market analyst at Insignia Consultants in New Delhi told MarketWatch.

Adrian Ash, director of research at BullionVault, said there are a few dynamics in motion for gold that are driving it lower; not least of those is a U.S. dollar that has gone on a tear of late. As measured by the ICE U.S. Dollar Index /zigman2/quotes/210598269/delayed DXY -0.03% , which measures the dollar against a half-dozen other monetary units, has gained 0.3% this month, jumping to an 11-month peak, at one point. The buck also has enjoyed a 2.3% gain so far in 2018.