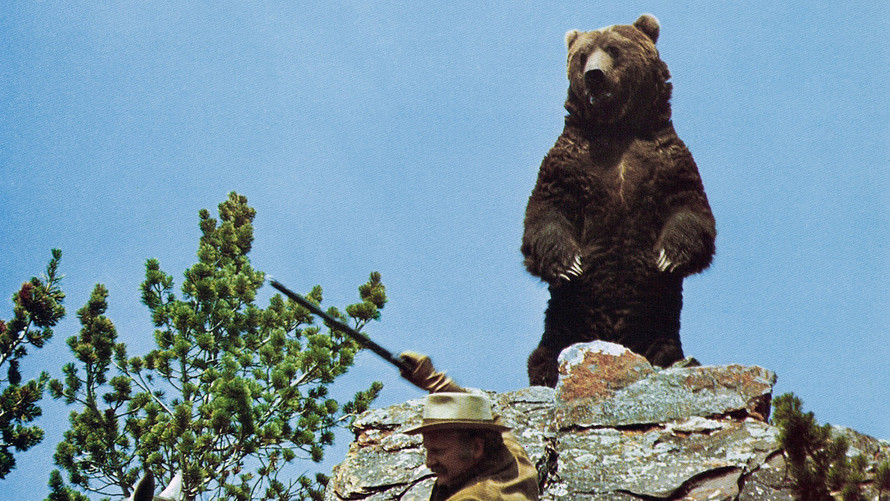 Could the stock market’s impressive upswing since Christmas Eve be nothing more than a bear-market rally?

Most investors appear to believe that the answer is “no” — even after Monday’s 204-point drop brought the Dow Jones Industrial Average /zigman2/quotes/210598065/realtime DJIA +1.44%  to a two-week low. After all, many of the major market averages recently rose to levels that were more than 20% higher than their Christmas Eve lows. In the process, stocks over the first two months of 2019 turned in one of their strongest calendar-year starts for the market in decades.

This is illustrated in the accompanying chart. During the bear market that lasted from March 2000 to October 2002, for example, the S&P 500 experienced a rally in which it rose 21%; in its biggest rally during the October 2007-to-March-2009 bear market it gained 24%. Both rallies were larger than the one this benchmark has experienced since its Christmas Eve low. 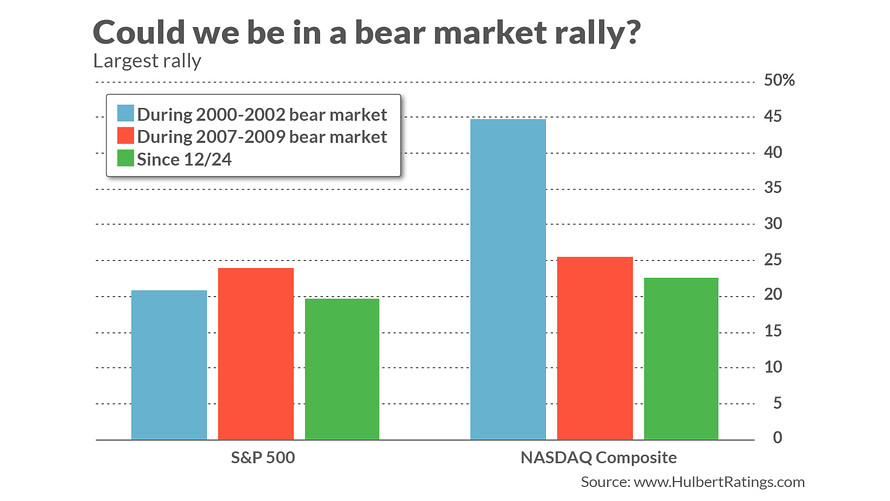 The same goes for the Nasdaq, but more so, as you can see from the chart. During the 2000-02 bear market, for example, this index rose by 45% — double the gain it’s enjoyed since last Christmas Eve.

To be sure, these historical parallels do not automatically mean we’re in a bear market rally. The reason to nevertheless draw them is to point out that the magnitude of the recent rally does not guarantee that we’re in a bull market. To make the case that we are, you will have to rely on some other argument instead.

As you contemplate other possibilities, keep in mind that bear-market rallies frequently are sharp and powerful. These ferocious rallies rekindle hope that the market’s major trend is up, creating the sentiment preconditions for another leg down in an ongoing bear market.

Note the parallels with the U.S. market’s recent rally. The rally since Christmas Eve has indeed been sharp and powerful. Investors’ hopes have been rekindled in a big way. The Hulbert Nasdaq Newsletter Sentiment Index (HNNSI), which measures the average recommended exposure level among Nasdaq-oriented market timers, recently rose to one of its highest levels ever — higher than 96% of daily readings since 2000, in fact.

This does not bode well for the market’s near-term prospects, according to contrarian analysis. To repeat: none of this discussion automatically means we’re in a bear market. We won’t know for sure, one way or the other, until the market averages either surpass their bull market highs from last fall or break down below their Christmas Eve lows. But it definitely isn’t a good sign that so many bulls are prematurely declaring victory.

More: Boeing could bring the Dow industrials to a hard landing