Hey, maybe the economy isn’t so weak after all 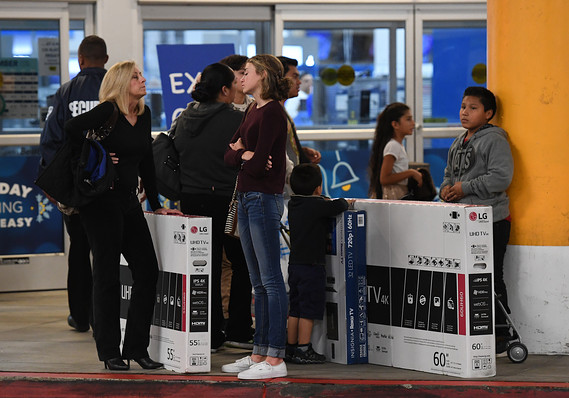 Getty Images
Consumers are in a better position to spend this holiday season than last year.

The holiday season appears primed to deliver a gift to the economy at year’s end.

A surge in hiring, rising wages and record stock market gains have boosted the confidence of consumers, putting them in good position to spend for Christmas.

And: ‘That’s a lot of jobs!’ economists exclaims

While it’s still too early to tell how much it will help, a strong holiday shopping season could further ease recent anxiety about the economy. U.S. economic growth slowed toward the end of summer as trade tensions with China took a turn for the worse and spawned fresh talk of recession.

Such talk has died down lately after leaders of the world’s two largest economies returned to the negotiating table. Reduced trade tensions also helped ignite a rally on Wall Street over the past month that pushed stocks to all-time highs — just in time for the holiday season.

The first look at holiday spending arrives this week with the retail sales data for November.

Wall Street is looking a modest increase in sales of about 0.3%, but there’s a big caveat: the Thanksgiving holiday came late this year. As result, Black Friday weekend took place at the very end of the month and Cyber Monday was actually pushed into December.

The late timing of the holiday could take some shine off November sales — but make December sales look even stronger.

Economist Robert Frick of Navy Federal Credit Union said the situation could mark a big reversal from last year, when a pending government shutdown and verbal sparring by the U.S. and China over trade cast a dark cloud over the economy.

“Shoppers will be out in force” this year, he predicted.

What’s also helping consumers is the low rate of inflation and the relatively inexpensive cost of fuel. A trio of indicators this week — wholesale, consumer and import prices — are likely to show that inflation remains subdued.

A robust labor market, healthy consumer spending and stable inflation won’t look so bad to the Federal Reserve. After cutting interest rates three times this year, the Fed is likely to stand pat after senior officials gather again in Washington next week to reevaluate the economy.

The Fed has signaled it’s likely to keep rates low for months to come, barring a sudden and highly unlikely spike in inflation. The central bank’s preferred PCE inflation has risen just 1.3% in the past 12 months, well below the Fed’s 2% target.

“The Fed will be in no rush to hike rates again, even if economic growth accelerates and inflation rebounds,” said chief U.S. economist Paul Ashworth of Capital Economics.

Low interest rates might also add to the holiday cheer, making it cheaper to buy a car or other big-ticket items for Christmas.


Jeffry Bartash is a reporter for MarketWatch in Washington.