Hidden tech gems to invest in now, picked by a mutual-fund manager with a great track record

Smaller companies that are leaders in tomorrow’s technology trends 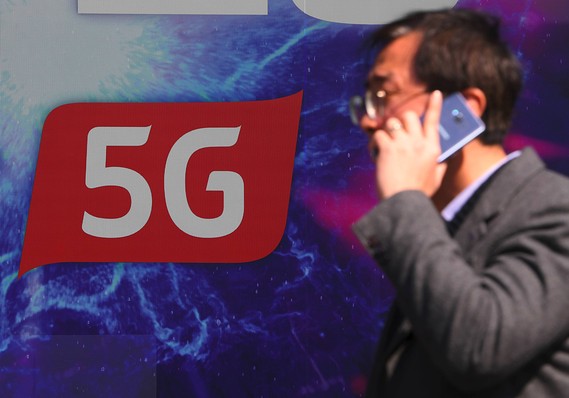 JUNG YEON-JE/AFP/Getty Images
5G wireless technology is a trend that can make you some money.

You don’t have to own household names like Alphabet (NAS:GOOG)   (NAS:GOOGL)   , Intel (NAS:INTC)   or Microsoft (NAS:MSFT)  to make decent profits in tech.

Way down the market-cap ladder — and away from the day-to-day headlines — lurk plenty of smaller tech companies that will perform nicely.

The trick to picking winners that are off the radar for most people is to find the right companies with exposure to the right trends. This is no small task. So for guidance, I recently talked with Chris Retzler, who has managed the Needham Small Cap Growth Fund (NAS:NESGX)   since the financial crisis.

Outperformance over eight months can be a fluke, so it’s better to look at longer time frames when weighing the expertise of a fund manager. Retzler’s fund beats its Morningstar small-cap growth category by 4.6 percentage points annualized over the past three years, and 2.8 percentage points over the last five years.

Here are six companies that are plays on three trends Retzler likes to invest in. All of these names have the key attributes Retzler looks for in companies. These include quality boards and management with the right compensation incentives and stock ownership levels, and products with protective moats.

While many analysts and consumers remain skeptical that 5G will be a big deal — and we have been waiting a long time — Retzler has no doubt. After all, 5G holds a lot of promise. It will deliver speeds anywhere from 10 to 40 times faster than current 4G LTE wireless networks. Lower latency supports new cool stuff like augmented reality, self-driving cars, and cloud gaming.

Retzler thinks the 5G infrastructure build out, which is already under way, will pick up in earnest in 2020. If he’s right, this is a good time to get exposure because the stock market often starts pricing in trends about six months in advance.

To reap profits from the 5G build out, Retzler favors companies that supply components like radio-frequency chips used in the gear that will power 5G and 5G phones. He also likes companies that sell equipment used to build those components.

Taiwan Semiconductor says key sources of revenue growth ahead include 5G development and premium smartphone launches, many of which will see solid demand because consumers want to try out 5G.

This trend is already underway. “Over the last three months, we have seen an acceleration in worldwide 5G development,” said CFO Lora Ho in the second-quarter conference call in July. Taiwan Semiconductor is a go-to supplier of sophisticated chips capable of powering 5G speeds, because the company uses cutting-edge 7 nanometer and 5 nanometer lithography to produce them.

Retzler is also bullish on a lesser-known 5G chip demand play called MKS Instruments (NAS:MKSI) . It sells equipment used in the manufacturing of chips, chip casings, and components used in mobile phones. The company gets about half its revenue from sales to chip equipment and chip manufacturers.

CEO Gerald Colella cites demand for smaller chips used in 5G phones as key a source of growth ahead. “We’re very positive because smaller chips will continue to be put into phones, especially with 5G,” he said in the second-quarter conference call in late July.

Trend No. 2: Modernization of the military

The military has always driven tech development — and it’s no different now. This makes military spending on tech a key trend for Retzler. “New technologies are being deployed for greater precision and effectiveness to minimize casualties for our troops and civilians,” he says.

“We have a strong pipeline of opportunities and continue to get designed into new platforms,” cofounder and CEO Martin Kits Van Heyningen said in the second-quarter conference call.

Another favorite here is Intevac (NAS:IVAC)  , which makes digital night-vision imaging systems for the U.S. military, based on the company’s proprietary electron-bombarded active-pixel sensor technology.

Intevac’s night-vision systems are used in military aircraft, including Apache helicopters and F-35 fighter jets. The company is working on new technology for head-mounted and weapon-mounted night-vision apps. It also offers laser-illuminated infrared cameras for long-range night-time surveillance systems that can identify targets up to 12 miles away.

Intevac beat second-quarter revenue guidance in part because of strong sales of night-vision devices, and it expects sales here to double over the next five years based on new order and backlog trends.

Retzler also cites Lockheed Martin (NYS:LMT) as a key player in military technology worth owning, though it is too big for his small-cap fund.

Another major trend Retzler likes to invest in is an outgrowth of the U.S-China trade war. President Donald Trump’s on-again, off-bans on sales by U.S. chip and component companies to Huawei and ZTE woke Chinese officials up to the reality that they do not have enough sophisticated semiconductor production capacity of their own.

To build that out they are going to have to buy chip equipment.

Retzler thinks Lam Research (NAS:LRCX) will be a key beneficiary. Lam Research has an expertise in cutting-edge technologies like nanoscale chip production. China has been its biggest source of revenue growth. Sales to China accounted for 23% of revenue in the year ending June 30, up from 13% during the same time frame in 2016-1017.

And while this one is not exactly undiscovered, Retzler also thinks chip-equipment maker Applied Materials (NAS:AMAT)  will benefit from the build out of chip production in China, once China and the U.S. come to a trade-war truce.

At the time of publication, Michael Brush had no positions in any stocks mentioned in this column. Brush is a Manhattan-based financial writer who publishes the stock newsletter Brush Up on Stocks .