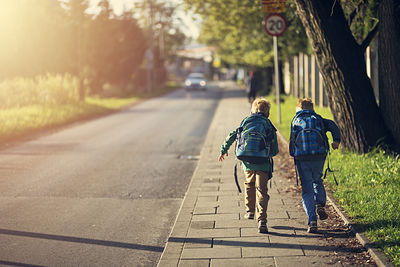 Getty Images
When the kids go back to school, stocks suffer

Stock market investors hate to see summer end, and it’s not because they fear shorter days or the back-to-school rush.

August is typically a weak month for stock market performance, and September is the only month that, on average, is worse for equity-market prices.

Such performance wouldn’t be welcome news for equity market investors, who suffered through a 1.7% August decline for the Dow, a 1.8% loss for the S&P and a 2.6% drop for the Nasdaq.These are the worst August performances for all three benchmarks since 2015.

August has been an even worse month for small-and-mid-cap stocks, as the S&P Mid Cap 400 and S&P Small Cap 600 are on pace for its worst Augusts since 2011, underscoring the struggles of the typical public company that have persisted all year. The equal-weighted Value Line Geometric index /zigman2/quotes/210598430/delayed VALUG +3.04% , which tracks the typical performance of roughly 1700 publicly listed companies, has fallen more than 15% below its Aug. 29, 2018 highs, illustrating the bifurcated nature of today’s equity markets.

It’s not all bad news, however. According to a Friday analysis by LPL Financial, the past 15 times that the S&P 500 lost ground in August, the rest of the year saw positive returns every single time. 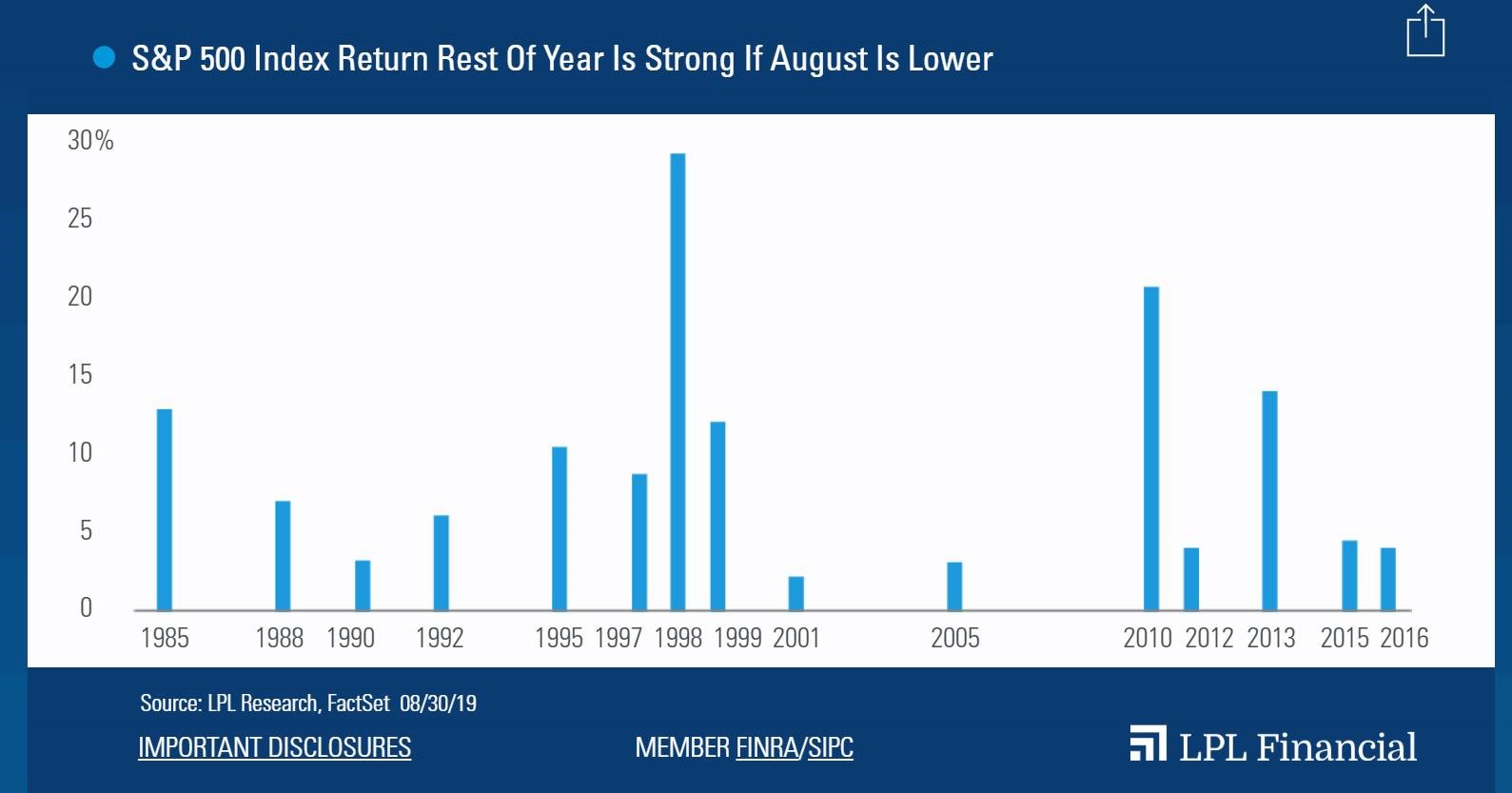 So while September could prove to be a bumpy ride, recent history suggests the pain will not endure.