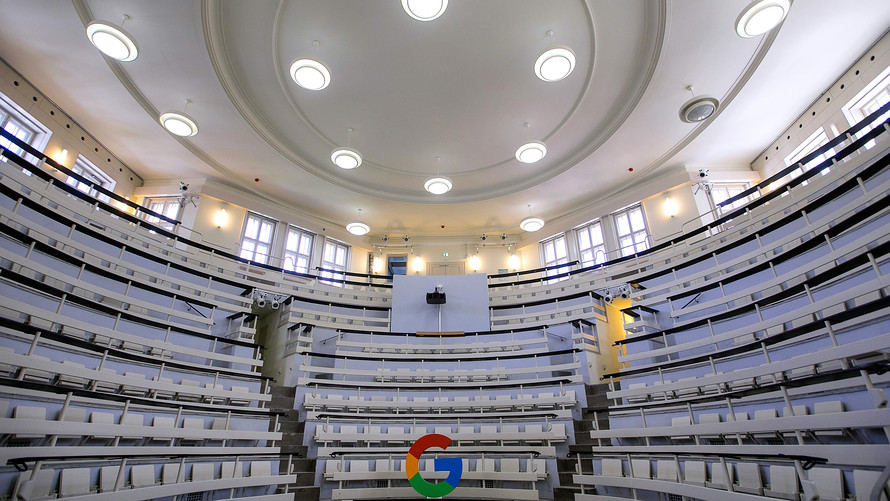 Bloomberg News/Landov
Inside Google’s office in Berlin. The company is one of four tech giants under the scrutiny of federal regulators.

Investors might want to think twice before dismissing potential antitrust probes of Big Tech as a temporary concern.

Goldman Sachs economists offered a more in-depth analysis Tuesday that focused on what has happened in the past. They warned that so-called “superstar” firms with unusually broad market reach and influence have historically suffered lower share valuations after being targeted by antitrust enforcement — sometimes for decades.

For more: Big Tech was built by the same type of antitrust actions that could now tear it down

”While the impact of regulation on today’s stocks will be case-dependent, similarities among historical outcomes suggest that investors should reduce exposure to any stock that becomes subject to an antitrust lawsuit,” Goldman analyst Ryan Hammond wrote. “In the past, stock valuations and share prices declined between lawsuit filing and resolution.”

The stock valuation of Microsoft Corp. /zigman2/quotes/207732364/composite MSFT -4.31%   fell when the Justice Department filed an antitrust lawsuit against the software giant in 1998, and lagged behind other tech companies for years. They recovered after the 2011 expiration of a consent decree that formalized regulatory oversight, according to the Goldman note.

Similarly, International Business Machines Corp.’s /zigman2/quotes/203856914/composite IBM -2.28%   valuation sunk after the Justice Department filed an antitrust lawsuit against it in 1969 and remained undervalued even after the lawsuit was dropped as regulatory scrutiny lingered, Goldman Sachs said.

The specter of the same scenario could impact the “superstar” firms of today, Goldman cautions. Shares of Facebook and Google are down at least 10% in the past month.

Indeed, the growing influence of “superstar” firms in Big Tech and their insatiable appetite to acquire companies in fledgling markets increasingly is drawing the attention of regulators. It has coincided with a decline in the number of publicly listed U.S. companies from 8,000 in 1996 to 4,000 today, chiefly because of fewer IPOs and more mergers and acquisitions, Goldman found. Those with the highest market share returned 49% since 2015, compared with 16% for their competitors.

It’s the sort of market activity that the Justice Department’s antitrust head can’t help but notice.

“We know that some markets lend themselves to participation by a small number of firms for reasons having nothing to do with a failure of competition,” Makan Delrahim, assistant attorney general for the department’s antitrust division, said in a speech Tuesday. “Even so, digital markets are not impervious to anticompetitive transactions, illegal restraints and unlawfully obtained or exercised monopoly power.”