History’s warning: A society that will not reform may have a revolution instead 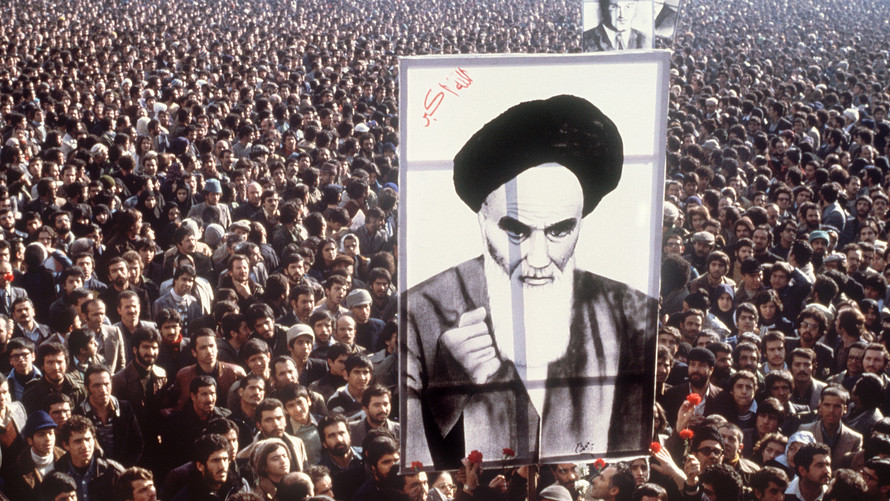 AFP via Getty Images
Demonstrators against the shah of Iran march in Teheran beneath a poster of Ayatollah Ruhollah Khomeini on Jan. 1, 1979. Two weeks later, the shah fled into exile.

SEATTLE, Wash. ( Project Syndicate ) — The best-known modern revolutions have invariably been preceded by increasing polarization and an inability to solve pressing social and economic problems.

Growing hostility and mistrust fuel protest, eventually leading to violence. Extremism increases because moderates find themselves forced to ally themselves with those farther to the left or right. Those who try to find compromises with moderate forces on the other side wind up being vilified and excluded.

Societies become politically so divided only after a long period in which it is increasingly clear that reforms are necessary, but those in power, oblivious to how dire the situation has become, block the measures that could save the regime.

That is happening today in much of the world, including the United States. The U.S. is not about to have another revolution, but it may be creeping closer as the political center collapses.

From Enlightenment to Reign of Terror

The most obvious historical examples show how this has happened in the past.

The French Revolution of 1789 was at first guided by liberal Enlightenment ideals. But the king and aristocracy resisted losing their privileges. Foreign powers intervened against the Revolution, moderate leaders like Lafayette, a hero of the American Revolution who wanted to establish a constitutional monarchy, were increasingly reviled by the left as royalist tools and by the right as revolutionary traitors.

That played into the hands of the Jacobins, who instituted a reign of terror and provoked a brutal civil war that killed hundreds of thousands.

In the Russian Revolution of 1917, at first more liberal and moderate socialists, led by Alexander Kerensky, took power. They made the mistake of not getting Russia out of World War I, and when challenged by right-wing generals trying to restore the monarchy, they panicked and distributed arms to Lenin’s Bolsheviks, who took advantage of the situation.

“Things fall apart; the centre cannot hold / Mere anarchy is loosed upon the world / The blood-dimmed tide is loosed … The best lack all conviction, while the worst / Are full of passionate intensity.”

In so polarized a situation, moderate socialists remained allied with the Bolsheviks until they found out, too late, that they, too, were destined for extermination.

In Iran in 1978 and 1979, as the shah rejected moderate democratic reforms until it was too late, Islamists overthrew the prime minister, Shapour Bakhtiar, a long-time liberal who sought a compromise solution, and forced him into exile in France (where Iranian agents murdered him in 1991). Bakhtiar was followed by an alliance of more moderate Islamists and radicals.

But Ayatollah Ruhollah Khomeini skillfully used the threat of outside interference and the naiveté of the moderates to impeach and exile the centrist Islamist president, Abolhassan Banisadr. Once in full control, Khomeini’s regime unleashed a wave of bloody repression.

One could cite many other cases: Mexico in 1910, anti-colonial revolutions after World War II, Cuba in 1959, and Afghanistan when it fell first under communist control in 1978, before being taken over by the Taliban in 1996 after a long series of civil and international wars.

William Butler Yeats captured it best with one of his most famous poems, The Second Coming, written about Ireland’s revolt against British rule in 1919: “Things fall apart; the centre cannot hold / Mere anarchy is loosed upon the world / The blood-dimmed tide is loosed … The best lack all conviction, while the worst / Are full of passionate intensity.”

A unifying thread of such situations is that societies become politically so divided only after a long period in which it is increasingly clear that reforms are necessary, but those in power, oblivious to how dire the situation has become, block the measures that could save the regime.

There is no stable alternative to sustaining the center, even when doing so requires overcoming elite resistance to reforms.

There are few better examples of this than interviews with the shah a few years before his violent overthrow. His people loved him, he insisted, and his paternalistic rule was far better than undisciplined Western democracy.

Czar Nicholas II thought he could ignore the extent of discontent before he entered World War I. In the 1920s and 1930s, and in some cases even later, colonial European powers refused to relinquish control in their dominions by excluding moderate proposals to move toward gradual self-rule.

In all these cases, repressing or marginalizing moderate compromisers led only to extremism.

Of course, not all, or even most, analogous situations lead to actual revolutions, but there is a lesson to be learned from the most extreme outcomes. Delaying reforms, or pursuing reforms that do not go far enough to solve growing social and economic problems, leads to increased polarization. The center cannot hold, and the moderates have to choose: join with more extreme political leaders and ideologies or accept political (if not actual) exile.

A catastrophic example was Hitler’s rise to power in 1933.

Conventional conservative (today called “neoliberal”) solutions to unemployment were not working. Conservatives so feared and hated moderate social democrats that instead of trying to ally with them to create what in the U.S. became Franklin Roosevelt’s New Deal, they chose to put the Nazis in power.

Their assumption that they could easily control Hitler did not survive that decision.

Today, similar tendencies and accompanying violence have already led to the terrible civil war in Syria and are making compromise ever more difficult in India, Bolivia and elsewhere in Latin America, and in Iraq, Iran, and Lebanon.

Hong Kong, where an impossible dream of independence has made reasonable compromise extremely difficult, may be another example.

Tragedy of the American Revolution

But wasn’t the American Revolutionary War of 1775-1783 different? The Americans had a genuine political revolution, but no social revolution, as the established elites who led it retained power.

Tragically, they did not successfully address the issue of slavery. Some leading figures assumed it would gradually die out on its own. Instead, after about 1820, American society became increasingly polarized. In the South, led by South Carolina, extremists took over, eventually making impossible any compromise that would have gradually ended slavery.

The result was an extraordinarily vicious civil war. Today, that division remains unresolved. The continuing division about the persistent legacy of race-based slavery is a principal, though certainly not the only, cause of growing political polarization today.

So, if the past counsels anything about the present and future for much of the world (certainly including the U.S.), it is that there is no stable alternative to sustaining the center, even when doing so requires overcoming elite resistance to reforms.

This article was published with permission of Project Syndicate — Reform or Revolution.

Daniel Chirot, professor of Russian and eurasian studies at the University of Washington, is the author, most recently, of “You Say You Want a Revolution?: Radical Idealism and Its Tragic Consequences.”