‘Labor, lumber, and land’ are all major components of builders’ trade, and also their biggest complaints for the past several years 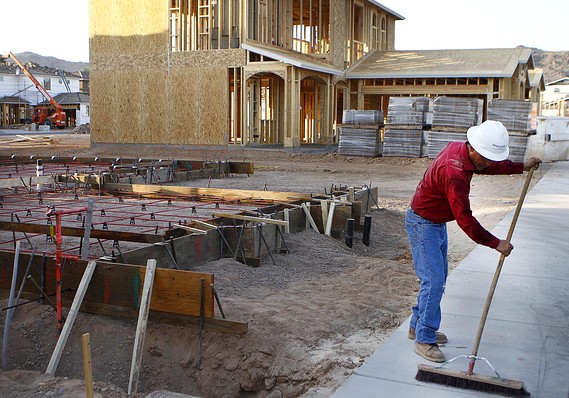 Bloomberg News/Landov
A worker sweeps near a new home under construction in Phoenix, Arizona.

The numbers: Home builder confidence rose one point to 65 in July, as measured by the National Association of Home Builders’ monthly index . That matched the consensus forecast among economists surveyed by Econoday.

Any reading over 50 signals improvement.

What happened: Home builder confidence tumbled in 2018 as momentum in the housing market wobbled. It’s perked up a bit so far this year. even as questions about the health of the overall market remain.

In June, the gauge of current sales conditions and the one that tracks expectations for the next six months both rose one point, to 72 and 71, respectively. The tracker of buyer traffic was also up one point, but stuck below the neutral 50 line, at 48.

Big picture: NAHB’s index has historically offered an early read on the pace of new home construction, but in the aftermath of the housing bust, that link has been weaker. As the Great Recession took hold, builders were left with too much inventory, so it suits them to run leaner operations now. They’ve also spent the past decade griping about business conditions, from pricier land and less-available labor, to local policies and regulations.

What they’re saying: “History suggests that the recent decline in mortgage rates will spur a rebound in home sales and construction later this year,” said Peter Berezin, chief global strategist for BCA Research, before the NAHB data release. “The fact that homebuilder confidence has bounced back this year and purchase mortgage applications have reached a cycle high is encouraging in that regard.”

Market reaction: Shares of large publicly-traded builders have surged this year on sentiment that economic and financial conditions should support more buying. Shares of D.R. Horton, Inc. (NYS:DHI)   are up more than 30% in the year to date, while Meritage Homes Corporation (NYS:MTH)   shares have gained nearly 50%. Two ETFs (PSE:XHB)   (BATS:ITB)    that track the broader builder universe have each gained about 30%.