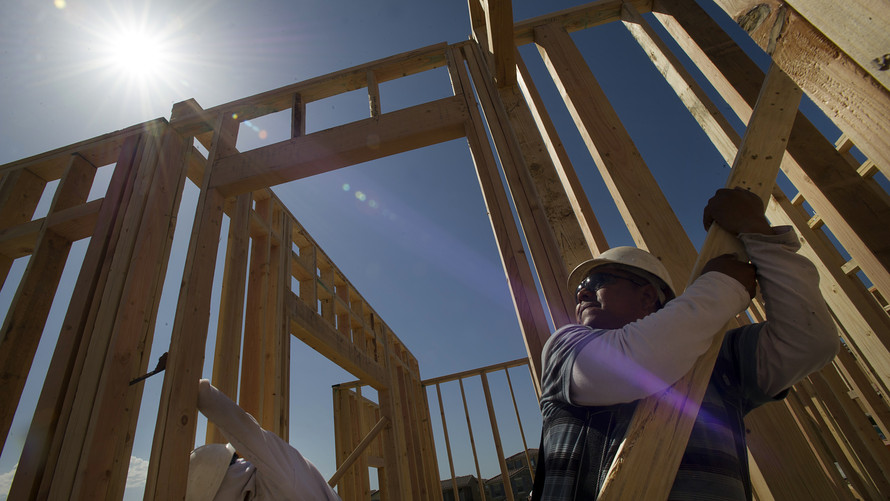 The home builder sector slumped to a new low for the year, after J.P. Morgan’s Michael Rehaut downgraded a handful of companies, citing concerns over weakening housing market fundamentals.

Rehaut cut his rating on five companies, turning bearish on two of them, but he slashed his stock price targets on all 12 home builders he covers.

The housing recovery is expected to remain “fairly tepid” in 2019, making him more cautious on the group, as “rising new home inventory and declining profitability should result in a slower rate of home price appreciation next year,” Rehaut wrote in a note to clients.

The iShares U.S. Home Construction exchange-traded fund (BATS:ITB) dropped as much as 1.6% earlier in the session to an intraday low of $36.65, which was the lowest price seen during regular session hours since Oct. 3, 2017. The sector ETF (ITB) has pared some losses since, to be down 0.4% in midday trade, with 31 of 47 equity components trading lower.

The ITB’s weakness is in stark contrast to the broader stock market, as the Dow Jones Industrial Average (DOW:DJIA) and S&P 500 index (S&P:SPX) rallied toward record highs. See Market Snapshot. 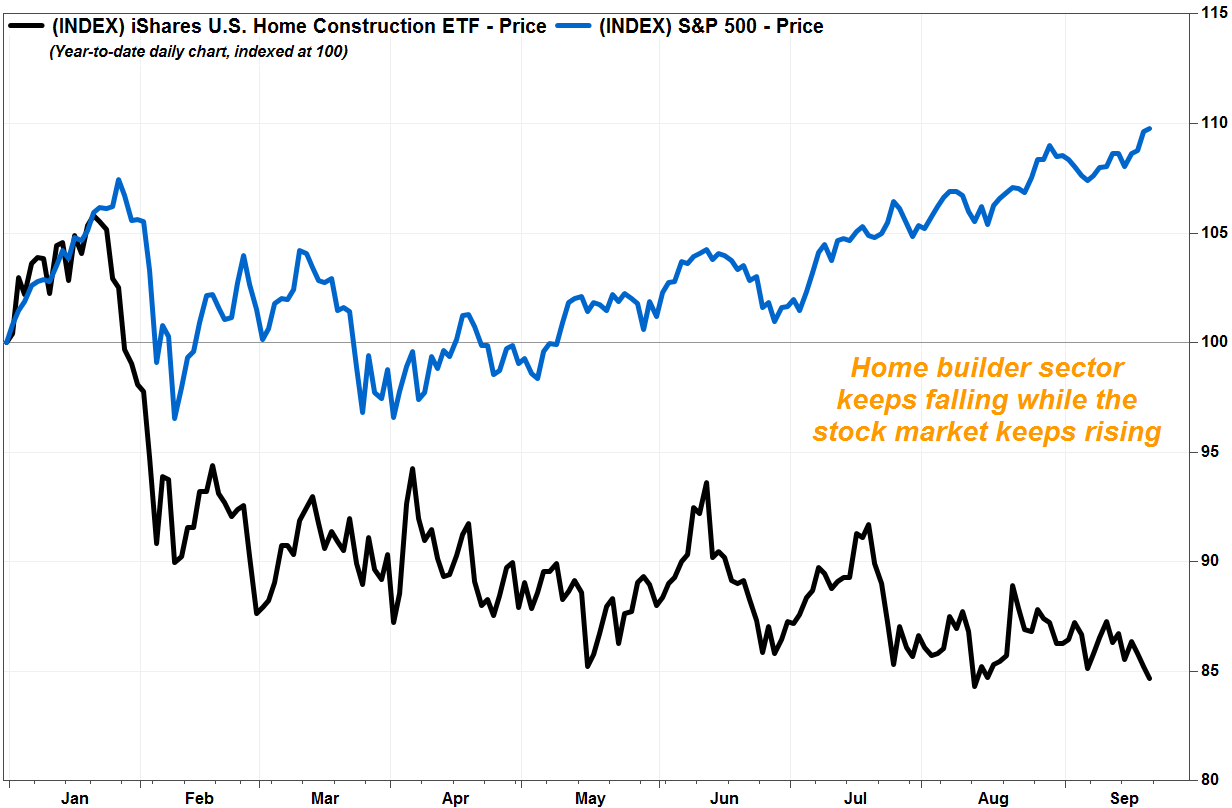 Within the group, Rehaut swung to underweight from overweight on Atlanta-based PulteGroup Inc., sending its stock (NYS:PHM) down 0.7%. Shares of M.D.C. Holdings Inc. (NYS:MDC) dropped 2.3%, after he downgraded the Denver-based company to underweight from neutral.

Rehaut said that while some leading economic indicators remain mostly positive, coincident indicators should become more mixed in 2019 given expectations of slowing job growth and declining affordability, and the belief that current levels of consumer confidence are not sustainable.

Among recent housing market data, mortgage rates jumped to a four-month high, housing starts rose more than expected in August but builder permits—a reading of future activity—fell at the fastest rate since May 2017. Sales of existing homes held steady in August after falling for four straight months, but the year-to-date pace was lower than the same period a year ago.

Rehaut acknowledged that recent negative macro news flow has been largely priced into the stock, as the ITB has lost 3.9% over the past three months while the S&P 500 has gained 6.7%, but he believes potential upside remains limited.

“Ultimately, though, while valuation may have begun to limit incremental downside risk in the group...we believe a combination of improved fundamentals and alleviated cyclical concerns are necessary for any material rebound in the group,” Rehaut wrote.

Meanwhile, LGI Homes Inc. (NAS:LGIH) was upgraded to overweight from neutral on the belief the recent underperformance in the stock has been overdone relative to the company’s earnings growth outlook. The stock rallied 2.8% in midday trade to pace the ITB’s gainers, but was still down 11% over the past three months and 33% year to date.