“Asia’s Warren Buffett” to step down as chairman of CK Hutchison in May, after 68 years at the top

By Chester Yung and Wayne Ma 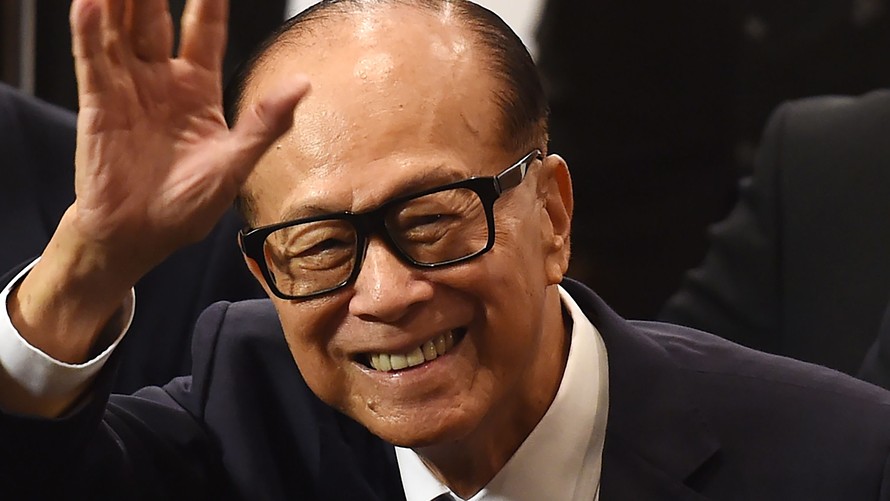 Getty Images
Hong Kong's richest man Li Ka-shing, 89, on Friday as he announced he is stepping down as chairman of CK Hutchison.

Hong Kong billionaire Li Ka-shing said Friday that he would step down as chairman of his flagship conglomerate CK Hutchison Holdings Ltd. /zigman2/quotes/208405501/delayed HK:1 0.00%  in May, marking the end of an era in which he rode China’s economic boom to turn a plastic-flower maker into a global empire.

Li, who turns 90 in July, said his elder son and deputy chairman, Victor Li, would be his successor at the company. Li Ka-shing’s plan was first reported by The Wall Street Journal in June.

The elder Li said in a statement that he had led the group on a steady path over the past 68 years since the founding of his business in 1950, adding that he had maximized value and returns for shareholders. He said he would serve as senior adviser for the firm.

The Chinese-born, Hong Kong-made Li Ka-shing, for decades one of the world’s wealthiest tycoons, has extended his reach into U.K. mobile networks and Australian utilities to build a global juggernaut.

Toys ‘R’ Us tells workers it will likely close all U.S. stores