Miners held Australian shares back as the market reopened for the first time after Beijing’s rate increase, though Tower Australia rocketed higher on a takeover bid from Dai-ichi Life Insurance Co. 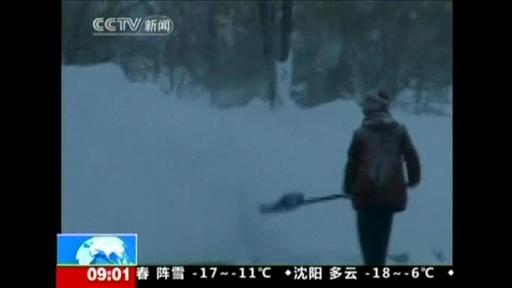 Linus Yip, strategist at First Shanghai Securities, said that while markets in the U.S. and some parts of Asia hovered around two-year highs, Hong Kong and Shanghai stocks were lagging behind, setting the stage for a likely upsurge early in 2011. “The People’s Bank of China rate hike has cleared the uncertainty in the short term,” he said.

Dow Jones Industrial Average (DOW:DJIA)  futures were up 15 points in screen trade, pointing to a higher opening on Wall Street, where the benchmark finished at a 28-month high Tuesday.

Energy shares rose as crude-oil prices stayed above $91 a barrel and close to a two-year high.

The region’s gold miners also got a lift from firmer prices, which climbed above $1,400 per troy ounce Tuesday and stayed there Wednesday in Asia.

In Sydney, mining stocks were pressured as the markets reopened for the first time since the PBoC rate increase Saturday, with Rio Tinto (NYS:RIO)   (ASX:AU:RIO)  dropping 1% and BHP Billiton (NYS:BHP)   (ASX:AU:BHP)  falling 1.3%.

“There is no doubt [China’s rate increase] is having a negative impact on the mining sector, particularly on the big diversifieds. Nonetheless, it’s very difficult to gauge to what extent, given the near nonexistent trading volumes,” said Ben Potter, market strategist at IG Markets.

Tower Australia  surged 42% to 3.87 Australian dollars (US$3.91) after Dai-ichi Life’s (OTC:DCNSF)   (TKS:JP:8750)  offer of A$4 per share. Its independent directors on Wednesday unanimously recommended that its shareholders accept the offer for the group.

Rare-earths developer Lynas Corp. (OTC:LYSDY)   (ASX:AU:LYC)  jumped 11% to A$1.79 after China on Tuesday lowered its export quota for rare earths in the first half of 2011 by 35% compared with the same period this year.

Japanese stocks were up in light volume, though exporters were still weighed by the yen’s recent strength.

In Tokyo, Nippon Telegraph & Telephone (TKS:JP:9432)   slipped 0.7% after the Nikkei reported that the company plans to lower prices on its fiber-optic broadband service by up to 40% next year.

Takaoka Electric   jumped 18% on a Yomiuri Shimbun report that the U.S. government will use Japan’s quick- charging system in its electric-vehicle-operation tests. Takaoka, a power-station-equipment maker affiliated with Tokyo Electric Power, supplies chargers for electric vehicles in Japan.

Gains in Seoul came as investors remained optimistic about the prospects for 2011.

“The bourse is likely to end the year around the current level, after experiencing a few more ups and downs in very light trade,” said KTB Investment & Securities analyst Park Seok-hyun.

Shinsegae climbed 4.6% after the department-store operator said it was considering a bonus issue. If approved by its board, shareholders will get two shares for each share they own.

Satoshi Tate, a senior dealer at Mizuho Corporate Bank, said a weak response to the sale of five-year U.S. Treasury notes and the resulting rise in yields triggered “the last round of dollar-buying” this year. He added that current levels “don’t look very solid” and the euro may fall to $1.2980 later in the global day.