HONG KONG (MarketWatch) — Most governments would happily have Hong Kong’s problems. How to spend a bumper budget surplus, manage a tide of big-spending Chinese tourist shoppers, or a red-hot property market.

The flip side of these big numbers, however, is soaring costs for those living or running a business in Hong Kong. Locals might not face austerity and tax rises European-style, but many still feel that living with bubble inflation is making them poorer. 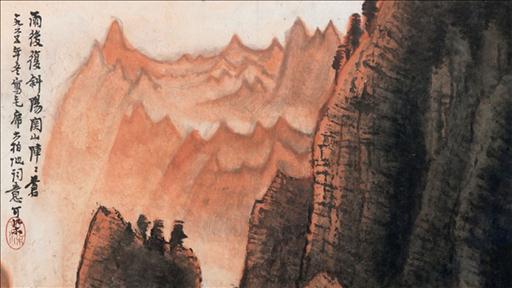 Can a Chinese auction house dominate the market?

A little-known Chinese auction house is holding its first sale beyond the mainland in a bid to challenge the supremacy of Christie's and Sotheby's.

So far, Hong Kong’s economy has avoided a bigger slump due to belt tightening by locals as spending by visitors has taken up the slack — be it luxury goods or apartments. This equilibrium may not last much longer, however, amid signs tourist shoppers are cutting back.

Focus is on big spending mainland visitors who have flocked to duty free Hong Kong, buoyed by a stronger yuan and new individual traveling visas. Recent growth has been phenomenal. Spending by Chinese tourists leapt from 40 billion Hong Kong dollars ($5.13 billion) in 2005 to HK$140 billion last year as numbers swelled to 28 million.

But now as China’s economy slows, so too is tourist spending.

Takings from the “Golden Week” public holiday are expected to be down more than 10% as mainland tourists spend less and make shorter trips the Travel Industry Council said last week.

This threatens to deliver another blow to an economy already fast losing steam.

In the second quarter Hong Kong’s economy actually contracted by 0.1%, measured against the previous quarter, while it also registered its first current account deficit since 1997 of HK$9.3 billion, or 2% of gross domestic product. Key business areas such as equity listings are struggling. A slump in business has Hong Kong Exchange and Clearing Ltd. /zigman2/quotes/200234512/delayed HK:388 -1.36%   /zigman2/quotes/201215503/delayed HKXCY -1.71% , or HKEx, reportedly making its biggest round of redundancies in 12 years.

The current account deficit was large enough to raise eyebrows say economists at brokerage Daiwa, who say stubbornly high imported inflation was hurting Hong Kong. The negative impact inflation is having on domestic demand is consistently underestimated, add Daiwa. Food and rental account for 63% of the composite CPI index.

If you look at sectors where retail spending has been contracting such as fresh and frozen food, furniture and fixtures, it points to weakness in domestic demand. In fact, some areas of Hong Kong’s economy are likely already in recession as inflation eats into incomes and profits.

The tendency of governments to inflict harm on their population through inflation and currency debasement is increasingly getting attention in this era of seemingly perpetual quantitative easing by central banks.

Grice Dylan, strategist at Societe Generale tackles this subject in a new note. Although it does not explicitly mention Hong Kong, it is easy to see parallels. He says that while people recognize how tax rises give them less spending power, inflation leads to a more secret and unobserved confiscation of wealth of citizens.

Grice quotes what Keynes had to say on this subject.

“The process of inflation confiscates arbitrarily, and while the process impoverishes many, it actually enriches some. … Those to whom the system brings windfalls. ... become profiteers who are the subject of hatred. … the process of wealth getting degenerates into a gamble and a lottery.”

These comments were made 90 years ago, but could have been written last week in Hong Kong given the current debate about divisive property inflation.

Here authorities will argue they cannot be responsible for currency debasement and inflation, having outsourced monetary policy to the U.S. through the almost three-decade-old U.S. dollar peg.

But it is harder to counter accusations the government promotes a system of property inflation whereby they are profiteers. Indeed, through a policy of limiting land supply, some would argue it has refined this process of inflationary wealth confiscation to an art form.

It directly raises large amounts of revenue from land sales as citizens are made to pay an ever-greater proportion of their income on the basic necessity of shelter. Hence, you get a rich government alongside poor citizens.

It is also easy to argue that Hong Kong and China’s tax policies have contributed to an inflationary bubble in both retail and property. As China’s economy and population has integrated more closely with low-tax Hong Kong, the divergent tax regimes have created a clear arbitrage opportunity.

Reading up on Keynes’s thoughts on inflation might help Hong Kong’s government understand why both they and the local property tycoon cartel are so unpopular.

Many running a business would also sympathize with the sentiment the process of wealth getting is a gamble and a lottery — in Hong Kong much depends on timing the property rental cycle.

Meanwhile, investors should ponder how stable this bubble-based system of wealth generation is as a down cycle looms for the economy. If buying interest from mainland shoppers can fluctuate, so too could their interest in property investment.