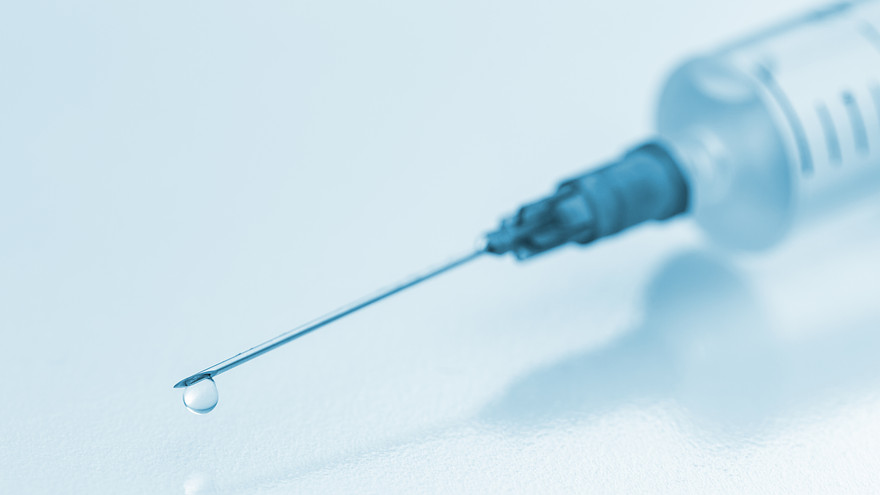 LOS ANGELES (MarketWatch) — Shares of Regulus Therapeutics took it on the chin Monday after the biopharmaceutical company reported spotty results in tests for a drug designed to cure Hepatitis C with a single dose.

The company said RG-101 appeared to wipe out traces of the disease in four of 14 patients with a 2-milligram dose. This test was critical because it showed the drug’s ability to keep Hepatitis C at bay for 85 days. Patients who show no signs of Hepatitis C after 84 days are considered cured.

After doubling the dosage to 4 milligrams, Hepatitis C was undetectable in nine out of 14 patients, but that was a shorter test that up to now has lasted 57 days. These patients will be followed for an additional six months.

While a 64% cure rate, if it holds up, would be considered admirable in many situations, it’s not as effective as the 95% to 99% cure rates achieved through drugs developed by Gilead Sciences Inc. /zigman2/quotes/210293917/composite GILD +2.41%  and AbbVie Inc. /zigman2/quotes/202428675/composite ABBV +1.88%  The drugs developed by the those two firms, however, usually involve a three-month regimen in which patients take a single tablet every day.

Despite the stock drop and shortcoming in cure rates, Regulus officials said they were encouraged by the results.

Kleanthis G. Xanthopoulos, Regulus’s chief executive, said in a press release that the drug’s profile has been “significantly enhanced” with the tests and that it could be used with other regiments to shorten treatment times. The drug has shown few side effects.

“In fact, given the ability of a single injection of RG-101 to induce potent and highly durable responses, we believe it is the most active [anti-Hepatitis C] agent ever to be tested,” Schmidt wrote in a note to clients.

Whether RG-101 can help bring down costs remains to be seen. Gilead has been charging $1,000-a-day for its Sovaldi pill, and even more for Harvoni, a treatment targeted at specific types of Hepatitis C patients. AbbVie’s Viekira Pak is only marginally cheaper than Gilead at this point, though Gilead has said it will start discounting Sovaldi to some insurers.

Gilead and AbbVie got little to no mileage from the announcement. Shares of AbbVie were off 1.6% to $56 while Gilead was up slightly to $97.72.