Pelosi said deal is different from one Trump first proposed 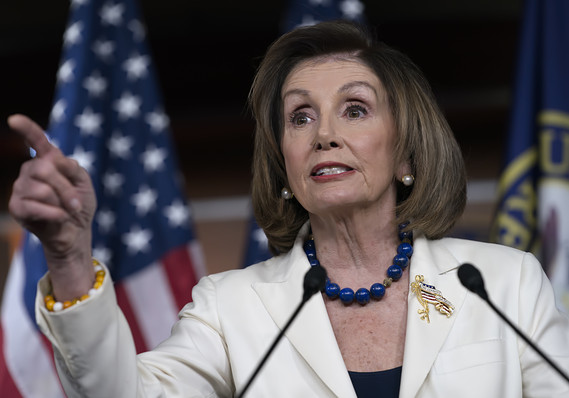 Pelosi said the deal is different from the pact that Trump presented to Congress, with better enforcement of labor and environmental standards.

“We are so proud of the distance we have come with the administration on this legislation. It is a victory for American workers,” Pelosi said.

Pelosi said Democrats worked closely with Richard Trumka, the president of the AFL-CIO union, and U.S. Trade Representative Robert Lighthizer in talks over the weekend.

Richard Neal, the chairman of the House Ways and Means Committee, said he could support the USMCA deal on the House floor “because it is an agreement that Democrats shaped.”

Neal also highlighted a change in the USMCA that he said “preserves Congress’s ability to change U.S. law to address the crisis we are facing with respect to high prescription drug prices.”

Rep. Kevin Brady, R-Texas, and the ranking minority member of the Ways and Means panel, said the deal was a “new bipartisan model for a free and fair trade” and he called for swift House passage.

“The deal is so solid. There is no excuse for any member of Congress to oppose it,” Brady said at a press conference.

Pelosi said it was just a coincidence that the agreement on the USMCA deal was announced on the same day that Democrats announced two articles of impeachment against Trump.

Read: House Democrats roll out articles of impeachment against Trump

U.S. stocks were slightly higher in late-morning trading with investors focused on reports that U.S. and China are near a deal that would delay a round of tariffs set for Dec. 15. The Dow Jones Industrial Average /zigman2/quotes/210598065/realtime DJIA -0.09%   was up 2 points.