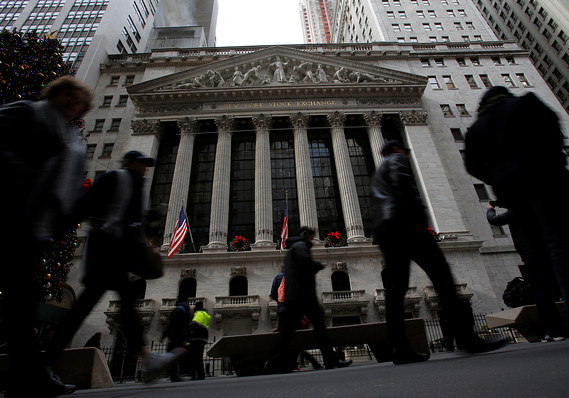 The numbers: Household and nonprofit net worth rose by $2.19 trillion in the second quarter, the Federal Reserve announced Thursday .

That represents a seasonally adjusted annual rise of 2.1% to $106.93 trillion, driven in part by gains in the stock market as well as in the value of real estate.

What happened: As the economic cycle grows older — and as the real estate sector bemoans a lack of available homes that has driven up house prices — household net worth continues to gain.

It’s important to stress that the Fed report doesn’t represent the experience for the typical household — this is a report about the aggregate. A separate Fed survey from 2016 showed a little more than half of all families owned stocks, while about two-thirds of households owned homes.

The cash that corporations are holding on their balance sheet dipped slightly to $4.35 trillion from $4.38 trillion. The Fed also changed its definition of liquid assets to include the value of companies’ stocks and mutual funds that they hold, a revision that added $2.17 trillion to the total, a notable shift as companies continue to purchase their own stock.

As the Fed boosts interest rates, companies are getting more exposed to the short end of the curve. The ratio of short-term debt to the total reached 30.1% from 27.9% in the first quarter, and the highest level since the third quarter of 2009.

One way of measuring stock-market valuation, the ratio of equities to corporate net worth, rose to 116.44% from 115.08% — more or less the same ratio it’s held since the beginning of 2017.

The big picture: The continued economic boom is bolstering the assets of America, particularly at the upper end of the distribution scale. At the same time, corporate America, and now the federal government after the passage of tax cuts and spending hikes, are increasingly adding debt.

What they’re saying: “Household net worth just hit $107 trillion and in relative terms it is at an all-time high of 5.23x nominal GDP. What is significant about this is it is coming during a cycle that has been characterized by household de-leveraging. It took bubbles of epic proportions in the past to boost net worth/GDP significantly (tech, housing). This time around we have a household balance sheet where liabilities relative to net worth are sitting at a 33-year low. Pristine balance sheets coupled with significant momentum from tight labor markets (firming wage growth) and tax reform (firming after-tax income) puts the consumer in a position to continue carrying this cycle for a while,” said economists from RBC Capital Markets.

Market reaction: This report reflects rather than drives markets. The Dow Jones Industrial /zigman2/quotes/210598065/realtime DJIA +0.36%  in 2018 has gained 6.8% through Wednesday.