Carpe diem ! And in some cases carpe ETF may be a wise mantra. That is part of the story behind one rising star in the increasingly popular tech-fund universe.

The startup company behind an outfit named PureFunds is currently a one-man operation, but that hasn’t stopped the exchange-traded PureFunds ISE Cyber Security ETF /zigman2/quotes/207892345/composite HACK +1.52% from racking up $1.04 billion in investor money after launching a mere seven months ago.

Personal and corporate data is under siege, as evidenced by a fusillade of recent, high-profile data breaches. Those include a huge hack attack on Sony Pictures and a separate data breach that affected four million government employees. Even the Houston Astros baseball team has allegedly been among recent hacking victims.

The PureFunds ETF, which holds publicly traded companies selling security software and hardware, has benefited from all the hacking.

And the guy running the show? A 29-year-old wunderkind, who has shaken off early stumbles to success:

“Now, looking back, it seems obvious,” PureFunds CEO Andrew Chanin told MarketWatch, in an interview. “Smaller shops were maybe considering [focusing on cybersecurity], but a lot of times the bigger guys are looking for those much broader types of industries.”

Indeed, Chanin’s trajectory may offer a case study in trial and error. Before the success of the cybersecurity fund, his earlier ETF products didn’t fare nearly as well.

How the cybersecurity ETF was created

Chanin said he co-founded PureFunds after industry colleagues said: “Why do you keep giving us ETF ideas? You should try launching them on your own.” Those comments came as he worked at the Kellogg Group, an ETF specialist, right after graduating from Tulane University.

But the PureFunds’ first ETFs struggled. The PureFunds ISE Diamond/Gemstone ETF and PureFund ISE Mining Service ETF both closed down in early 2014. The PureFunds ISE Junior Silver ETF /zigman2/quotes/207797470/composite SILJ -1.15% , which launched in 2012, is still up and running, but it has a comparatively meager $5 million in assets.

Chanin said the International Securities Exchange suggested launching a cybersecurity ETF after the two companies developed a good relationship while putting out PureFunds’ prior ETFs. ISE developed the index that the cybersecurity ETF tracks, but as an index provider and exchange, it wasn’t looking to run an actual fund.

Chanin said he was able to make PureFunds profitable in large part thanks to support from ISE, other business partners and industry colleagues, as well as from his parents, girlfriend and other family and friends. “Their support is absolutely what kept me—and my dreams of turning PureFunds into a profitable company—alive,” he said.

“It’s extremely unique that you see those narrow funds get that kind of traction,” said David Nadig, director of ETFs at financial-data provider FactSet.

He said other ETFs that have attracted investor money quickly include the iShares Exponential Technology ETF /zigman2/quotes/210042148/composite XT +0.52%  and the SPDR DoubleLine Total Return Tactical ETF /zigman2/quotes/200730527/composite TOTL -0.05% , but the first benefited from being a bespoke fund for well-known financial adviser Ric Edelman, while the latter comes from one of the investing world’s “superstar managers,” Jeffrey Gundlach.

Given its $1 billion in assets and expense ratio of 0.75%, the cybersecurity ETF generates revenue of $7.5 million. Chanin said the “majority” of that revenue goes to pay a wide range of partners and service providers, including index provider ISE. Still, with the recent success, he has been able to move his office to Manhattan from New Jersey, where he was raised.

But other ETF providers are threatening to grab a piece of the action, with First Trust and Direxion recently filing for cybersecurity-related ETFs. 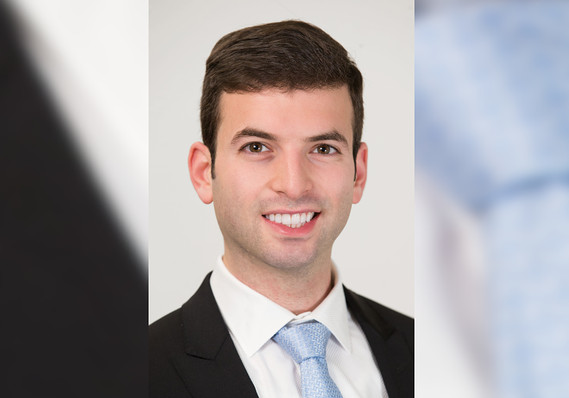 Although launching the first cybersecurity ETF looks smart at this point, other ETF providers had reasons to hold back.

Concerns about the cybersecurity ETF

The PureFunds ETF isn’t as targeted a play on cybersecurity as many investors may think, said FactSet’s Nadig. He notes the fund holds some big tech companies that aren’t 100% focused on cybersecurity, such as Cisco /zigman2/quotes/209509471/composite CSCO +2.92% and Juniper /zigman2/quotes/207361368/composite JNPR +0.24% . It holds 31 tech stocks overall, according to ETF.com data .

The fund also sports a sky-high valuation, with a price-to-earnings ratio above 660, according to an ETF.com calculation that takes into account the components that are losing money. In addition, niche ETFs are by nature on the risky side. “You’re talking about a portfolio of 30-odd stocks with a lot of microcap exposure,” Nadig told MarketWatch.

Chanin counters that the ETF offers a diversified way to invest in a volatile, growing industry, as it helps people avoid having to bet on a single company. He also notes that cybersecurity spending can be on a different cycle than outlays for other areas. Even in a less profitable year, a customer can’t necessarily cut back on cybersecurity investments, he noted.

Meanwhile, Nadig also cautions that it is possible that an investor with a large stake in the cybersecurity ETF could find it difficult to exit. “Right now it is the hotness and everybody’s piling in, but the volume on something like that could dry up tomorrow,” he said.

Get news alerts on ETFMG Prime Cyber Security ETF — or create your own.