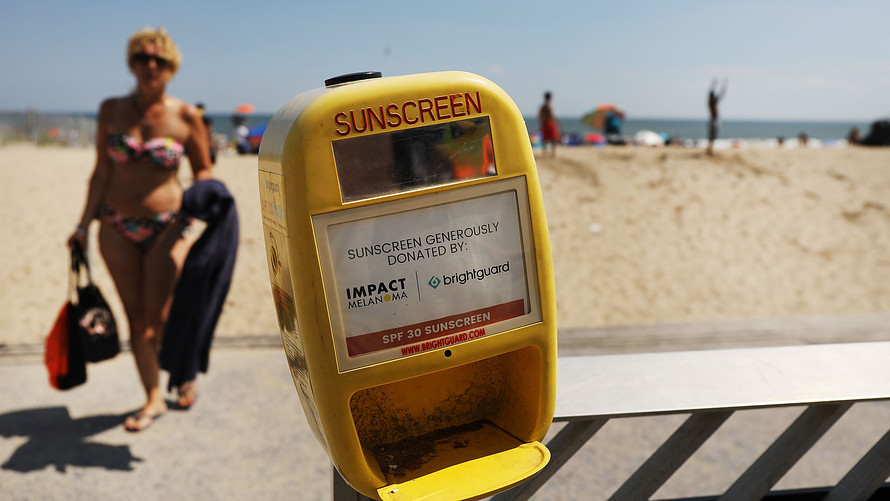 With two months to go before a key date in its major review of sunscreens, the Food and Drug Administration says it’s considering requests from manufacturers to delay some rulemaking.

The requests follow the FDA’s February announcement of its plan to update regulations for sunscreens , a move that involves examining the safety of 12 sunscreen ingredients in particular. The agency has stressed that it’s not saying those dozen ingredients are unsafe, but rather that it needs more data , especially on their absorption into a user’s bloodstream . The agency also has emphasized that Americans should continue to use sunscreen, as public health advocates and manufacturers warn that the ongoing review and a recent FDA study have led to confusion and misconceptions.

Related: Consider this nonprofit’s findings before you buy sunscreen

The FDA told MarketWatch that it’s allowing deferral requests so there can be submission of new safety or effectiveness data. An agency spokeswoman said Tuesday that the agency has just received the first such submission and is reviewing it, and it has not granted any deferrals to date.

“We believe that having a greater number of sunscreen filters allows manufacturers to formulate safe and effective products to meet the diverse needs of individuals and their families,” said a spokeswoman for the Personal Care Products Council. The group has about 600 members, including heavyweights such as Procter & Gamble /zigman2/quotes/202894679/composite PG -0.11%  , L’Oreal USA /zigman2/quotes/204720038/delayed FR:OR -0.72%  and BASF /zigman2/quotes/209015666/delayed XE:BAS -2.27%  . It has disclosed spending an all-time high of $1.86 million last year on lobbying in Washington, D.C., followed by an outlay of $810,000 in this year’s first half. The eight ingredients for which manufacturers have requested delays are avobenzone, ensulizole, homosalate, meradimate, octinoxate, octisalate, octocrylene and oxybenzone.

The deferral requests come before a Nov. 26 deadline for a finalized FDA rule on over-the-counter sunscreens, with that date set by the Sunscreen Innovation Act of 2014. The agency has attracted thousands of comments as it reviews sunscreens.

Several advocacy groups said in a joint comment that the big review is “long overdue,” adding that the FDA shouldn’t weaken standards “at the bequest of industry.” Public Citizen, Environmental Defense Fund and the Environmental Working Group were among the outfits submitting that joint comment.

One independent sunscreen company, San Antonio, Texas-based Supergoop, is among the many commenters that has urged the FDA to avoid requiring animal testing of sunscreens in its review. Supergoop also argued in its comment that avobenzone, homosalate, octisalate and octocrylene are safe. The company disclosed in a filing this month that it has hired Washington lobbyists to work on “pending FDA issues and issues related to skin cancer.”

“We appreciate that the FDA is taking a closer look at this critical category that is central to our nation’s health,” said Holly Thaggard, Supergoop’s founder and CEO, in a statement to MarketWatch. “We encourage the FDA to ensure that a broad variety of safe and effective options are available to reduce the incidence of skin cancer.”